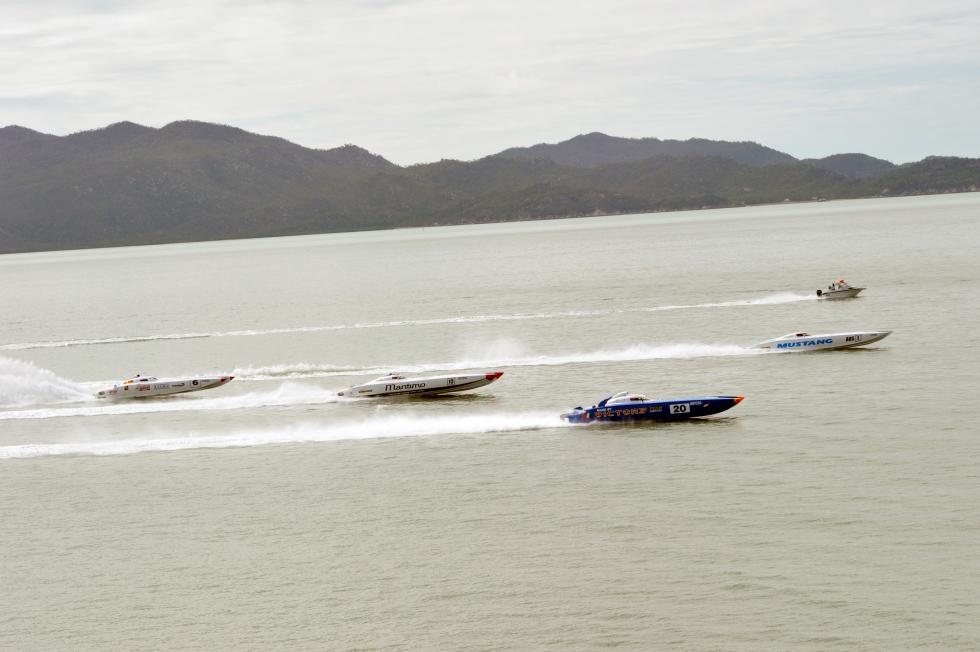 North Queensland rev heads will be in for a treat, when round three of the Australian Offshore Superboat Championships hits town on the weekend of June 30 until July 1 as part of the Townsville 400 Festival.

Often described as “Formula 1 on water”, up to 15 Superboats will compete across three categories: Supercat 1000, Supercat 600 and Supercat 400 in a two-race format. These powerful Superboats can reach speeds of more than 200kmh and weigh close to four tonnes.

"Townsville has always been a popular destination for spectators and competitors as it has a great mix of winter sun and perfect offshore conditions for racing," said Offshore Superboat President Adam Gilbert.

"The northern Queensland city has always been a favourite destination for the boats especially with the two race-format. The perfectly placed marina means teams will be highly tuned to getting the best out of their boats for the weekend," he said.


The month long Townsville 400 Festival is the biggest event on the local calendar and includes markets, music events and the V8 Supercars.

"The turnout along the strand in Townsville has seen crowd numbers increase year by year,” adds Gilbert. “The series works closely with the local council to provide facilities so the public can enjoy a hassle-free weekend of entertainment."

In the Supercat 1000 class, Townsville competitors Carl Mazlin and Scott Kittle on Mazlin Electrical Services are looking forward to competing in front of their home fans.

"We are confident with our much lighter boat that we will be able to have a crack at winning in Townsville, which would set us up for the rest of the season," said Mazlin.

"During the round in Townsville last year, we crashed out in the pole position shootout, so this time around we will be ready for anything that is thrown at us," he said.

In Supercat 600 class, Paul Fowlds and Jim Harris on Kwozzy are also looking forward to returning to Townsville, a place where they have also had mixed results in the past.

"A couple of years ago we had a massive crash in Townsville and were forced to pull out of the race early," said Fowlds.

"However, we have also won here in the past, so I know if we can adjust to the conditions better than our competitors we can come away with another race victory and keep our momentum going this season," he said.

Townsville will be represented in Supercat 400 class by Adam Nicoles and Mark Taylor aboard It's about Time.

"Our goal for this year is to win back-to-back Championships and we need to win in front of our home crowd in Townsville to do it," said team manager Debbie Lourey.

"This is such a great place to race and should provide a great spectacle for the crowd. I am really confident our team will do well here as we know the conditions," she said.

The fast-paced action will kick off at the Townsville Marina on Saturday, June 30, with a pole position shootout from 2pm. The two main races will be held on Sunday between 11am and 1pm.