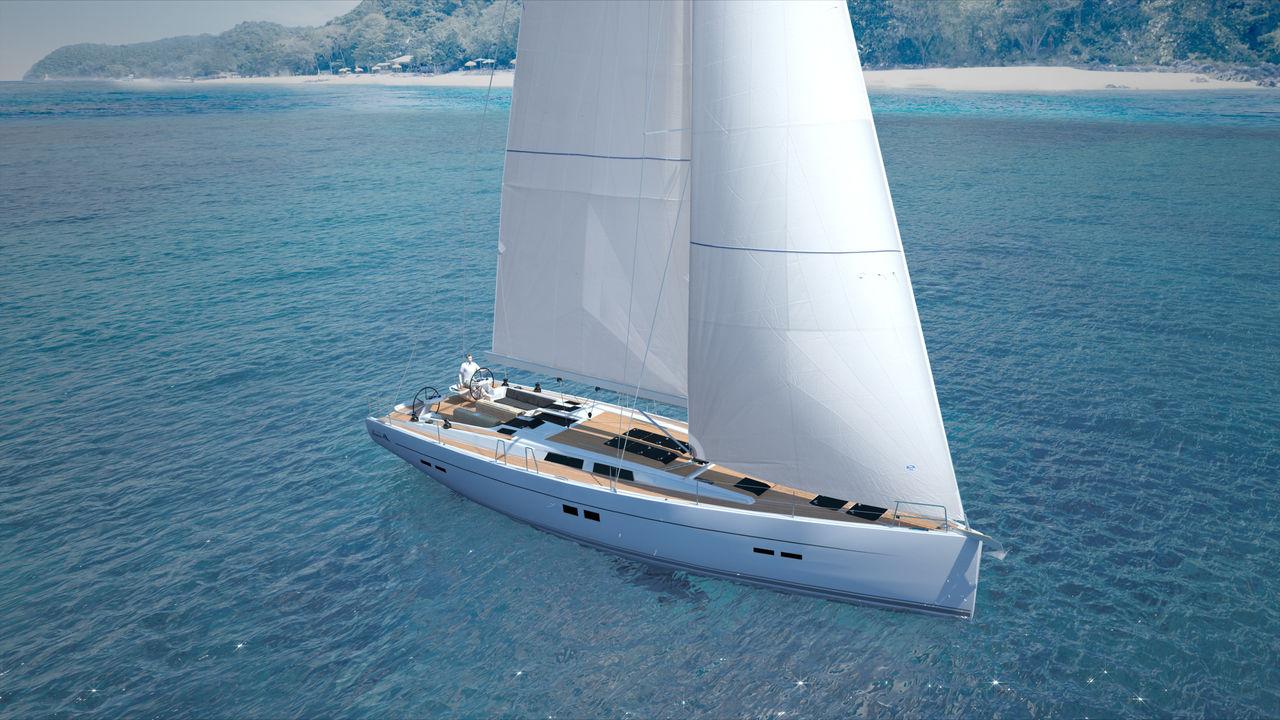 German yacht builder Hanse rounds off its 5 Series model range with the release in August of the new 575 — the first two of the keelboats currently being built at Greifswald and followed by in-house testing.

The 5 Series concept, which include the 325, 355, 415, 445 and 545 variants, was spawned during a post GFC dip in the international market during 2009-10 when the company conducted a redesign process. In conjunction with interior specialists Design Unlimited and long-term design collaborators Judel/Vrolijk, Hanse’s new 5 Series yachts took on new space and volume parameters, and better “bang for your buck” value.

Gathering ideas from specialists, designers and its international customer base, Hanse said it analysed the market requirements of the future and the 575 is the end result.

Hanse added the 575 also marks the introduction of several new ideas in the 50-foot-plus category as a whole, setting new trends in design, functionality, technology, performance, luxury and safety.

Among some of the unique exterior designs of the 575 are a higher freeboard than the Hanse 545, a solid bulwark that is 14cm high on the bow and drops towards the rear, and what the builder crows as the “best cockpit in its class”.

Notable are two cockpit tables that retract and transform into a sunbed area (4.6m²) at the press of a button, and the large,
powered fold-down swimplatform doubling as the garage door, where an integrated electric launching system can accommodate a Williams jet tender. The control binnacles have a new design integration of the navigation plotter and control unit for the entertainment system.

The deck contours have increased the living space below deck, we’re told, and boosting interior lighting and ventilation are 22 opening flush hatches, six of which provide the saloon with daylight and fresh air.

Offered with the 575 are some 1200 different customisation combinations of layouts in the interior, with three types of wood (mahogany, oak and cherry) for the furniture and floors, 28 upholstery options and more.

Below deck is space for up to six cabins with maximum 13 berths and up to four wet rooms. The U-shaped saloon sofa becomes a double berth by lowering the table electrically.

Like all Hanses the 575 allows the helmsman to set sail, reef and perform harbouring manoeuvres independently.