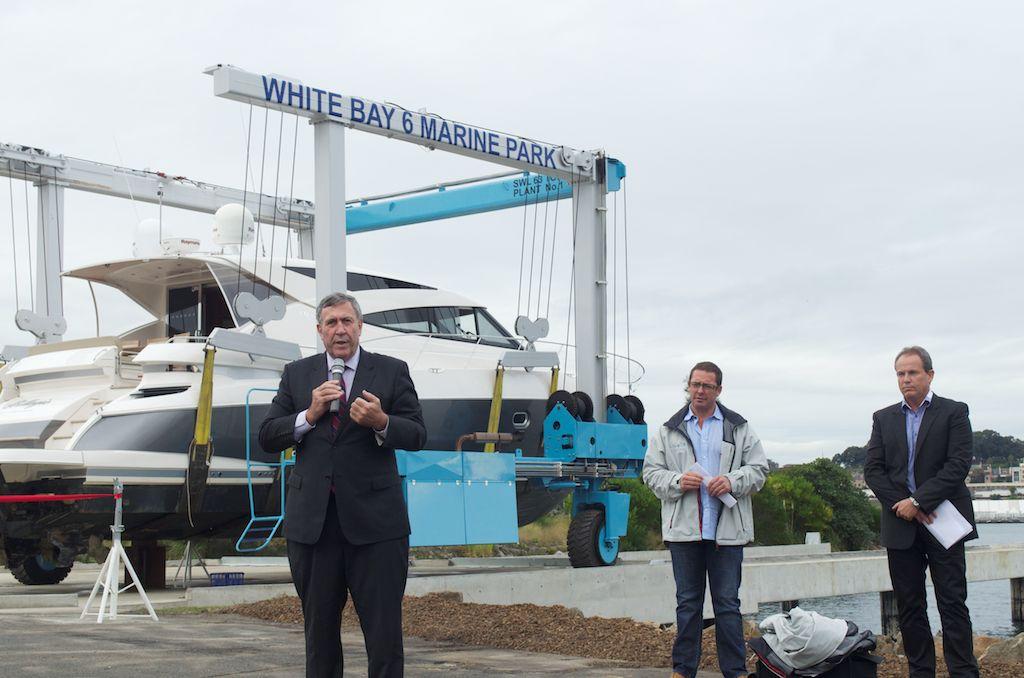 Gay was joined at the opening by representatives from Baileys Marine, NSW Roads and Maritime Services and Sydney Ports.

“NSW has long been in need of upgrades to its maritime facilities to service both the maritime industry and our important recreational boating community,” said Gay.

* A new 75-tonne capacity travel boat lift to launch and retrieve vessels from the water
* Three newly constructed temporary moorings
* New wharf
* Steel pontoon
* And a roll-on/roll-off ramp with a laydown area for temporary storage of goods for water transport.

“They have been constructed in stages. The first stage — the Baileys Marine fuel and pump-out facility — commenced operations in April 2011.

“This provides the only centrally located fuel facility in Sydney Harbour in the 10km distance by water between Cabarita and Rushcutters Bay,” he said.

The Minister said that importantly, the facility reduced the need for boaters to carry excess fuel containers onboard their vessels or to refuel while in the vessel.

Also included as part of the first stage of the development was a small office and amenities block, which were refurbished and are now in use. Gay said Baileys Marine has a good reputation for developing state-of-the-art marine fuel service facilities and worked in conjunction with RMS, BIA, Sydney Harbour Foreshore Authority and local residents to ensure ecological standards have been adhered to.