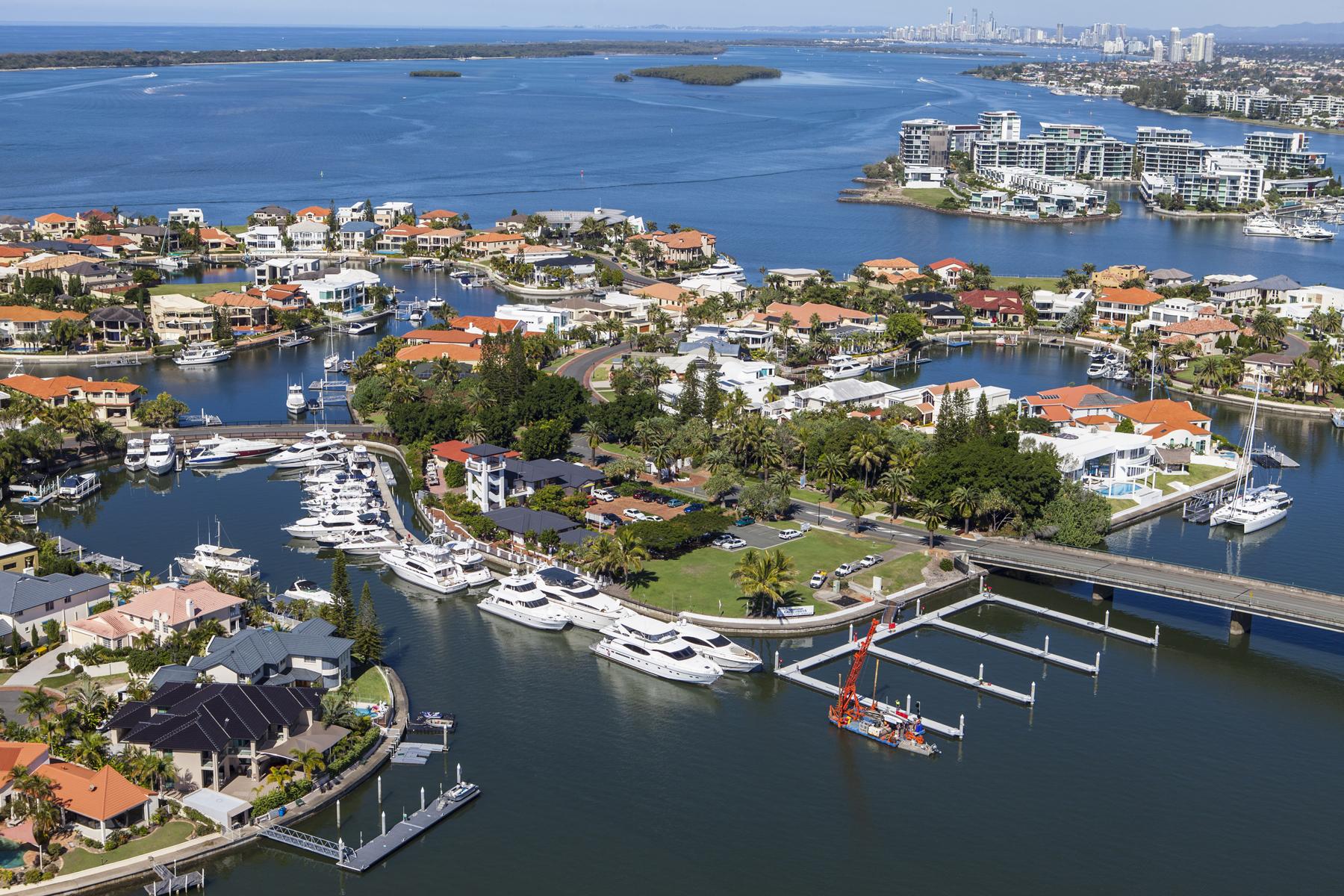 Superior CEO John Hogan said there was a marked shortfall of superyacht berths in Australia.

“Queensland, and Australia more broadly, is seeing quite an increase in large luxury vessels and superyachts, both visiting and on the market,” said Hogan. “With more large vessels being manufactured, imported and visiting it’s important to have suitable berthing facilities… they must be world class.”

The Sovereign Islands expansion was a $650,000 investment by Lewis Land and
took three months to complete. It comprises seven 27.5m to 30m concrete Elite system berths with aluminium walers, designed specifically for large vessels and superyachts. The additional berths will allow GTIM to moor boats up to 30m in length.

Lewis Land Queensland director Rob Challenger said the marina expansion was in recognition of the increasing demand for superyacht berths.

“Superior has done a fantastic job in a short space of time meaning the marina is ready for the Grant Torrens International Marine Brokerage and Lifestyle Show, beginning on 24 May,” said Challenger.

Superior’s Elite marina system uses a heavy-duty concrete pontoon built using a solid monolithic floatation system — this is protected by a heavy-duty polyethylene skin. The system is designed to expand and contract independently of the floatation and reinforced concrete deck.

The specially-formulated concrete pontoon deck has an average concrete thickness of 125mm and is finished with a customised aluminium waler that incorporates a unique press-in bump rubber fender eliminating the need for screws.

Superior will have an on-water exhibit at the 2012 Sanctuary Cove International Boat Show, from May 24 to 27.