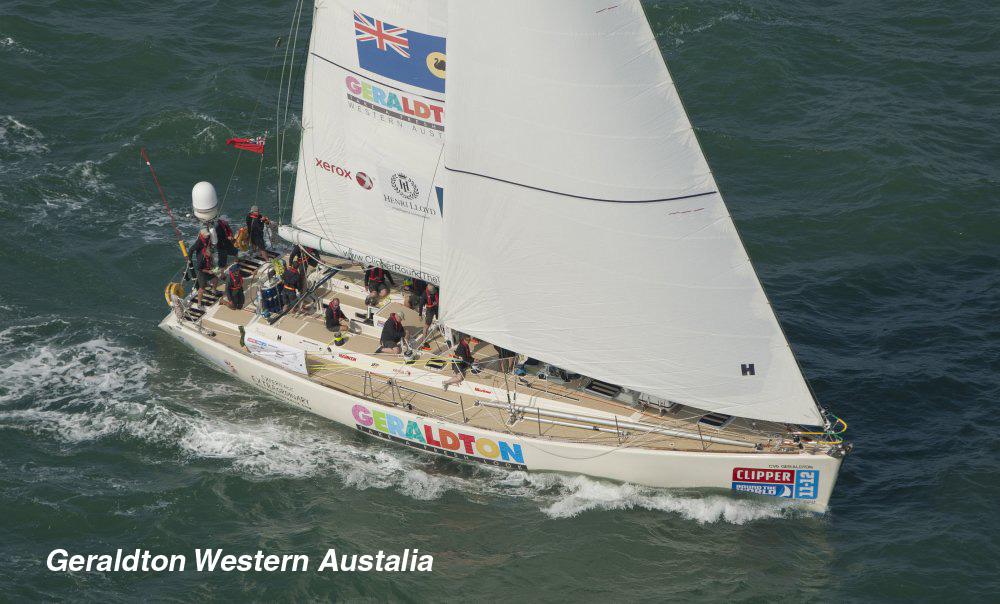 Monday, Apr 2: A rescue operation by the US Coast Guard is underway after four crew were injured on the Australian yacht Geraldton Western Australia

, which was hit by severe weather 640km of the Californian coast.

The 68-foot yacht, with 13 crew, is competing in the Clipper 11-12 Round the World Yacht Race, and its crippling has overshadowed yesterday’s victory of the other Australian yacht Gold Coast Australia in the 6000nm leg from Quindao, China, to San Francisco.

On Saturday, a large wave washed over Geraldton Western Australia, sweeping away its steering mounting and wheel, some of its communications equipment and injuring the four crew.

Earlier plans to parachute US Coast Guard personnel onto the yacht from a HC-130 plane, which had dropped additional medical supplies and specialist stretchers onto the yacht, were abandoned due to the weather conditions.

Currently 350nm off the Californian coast, the yacht is beyond the range of a shore-based helicopter so a US Coast Guard cutter with a deck helipad has been dispatched to rendezvous with Geraldton Western Australia in order to carry out a two-part airlift if necessary.

“We were racing along in 40- to 60-knot gusts. The sea was alive with rage. We were making good speed, sailing with the third reef in the main, surfing at 15
to 20kts. Then at our watch change, just before the sun came up, a monstrous foaming swell broke over our stern. Mark Burkes was on the helm at the time. The water had so much force in it that it pushed Mark into the helm, snapping the pedestal clean off. We had no steering and crew were falling all over the boat,” said Coetzer.

“Quickly, we got the emergency steering in place. Then the third reef blew, so the storm jib went up and we pulled down the remains of our mainsail, tidied up the boat and the treated the wounded. In the afternoon a Coast Guard plane flew by and dropped us some extra supplies,” he said.

The injured crew include Jane Hitchens, 50, a doctor from Kent, UK, Nik Brbora, a 29-year-old software engineer who lives in London and Max Wilson, 62, a farmer from Queensland.

The rest of the crew are uninjured but shaken by the incident. All of their families have been informed of the incident.

Meanwhile, Gold Coast Australia recorded its seventh victory from nine races after a gruelling leg crossing the world's largest ocean.
Victorious
Australian entry was the first yacht in the ten-strong fleet to sail across the finish line under the Golden Gate Bridge and into Jack London Square, Oakland.

As they crossed the finish line, the heavy fog lifted and it was an emotional sight for the crew, securing their seventh win from nine races. Arriving in Jack London Square, Tasmanian skipper Richard Hewson said: "What a proud moment. We won the race across the North Pacific Ocean, the roughest sea in the world.

"What a relief to get here. It's been a really tough race and I'm really proud of my guys, they've worked so hard. We've had a lot of people that got injured and five of the crew especially worked hard to keep the crew motivated and keep the boat performing. To get in here in first place, despite what happened, and have such a good lead over Singapore is just fantastic. To get here safely after 27 days of storms is just amazing," he said.