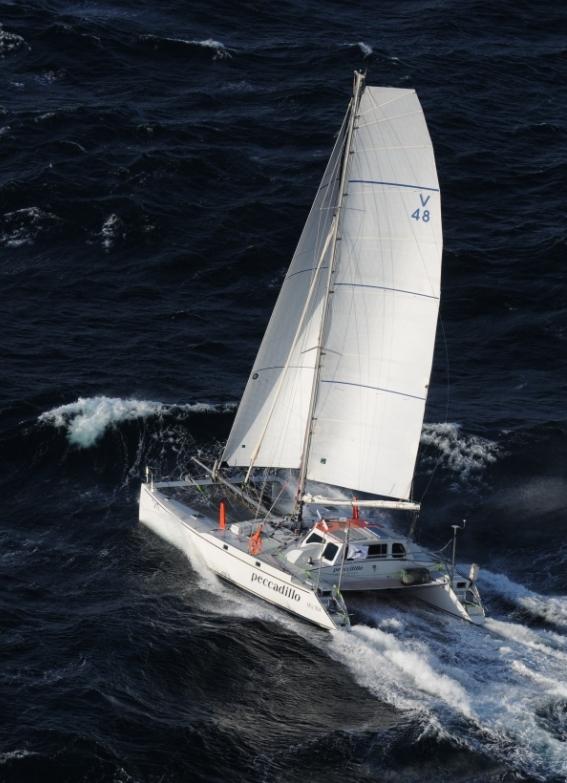 The Australian Three Peaks Race is a non-stop offshore sailing and endurance mountain running event where members from each crew have to
scale Mt Strzelecki, Mt Freycinet and Mt Wellington as they arrive at each respective port.

A dozen teams will battle the Bass Strait departing Beauty Point amid festivities for Lady Barron on Flinders Island, before heading south Hobart via the East coast.

Watson joins Arms and the Mobile Travel Agents Big Wave Rider crew in their bid to snatch the title from defending champion vessel, Peccadillo, led by Melbourne sailor Charles Meredith. Arms has fashioned hi-tech carbon rowlocks for the race, and is delivering the crew’s 14m catamaran from Qld to Beauty Point for the Good Friday start.

Meredith says he is looking forward to a challenging competition this year.

“The three other catamarans entered [Mobile Travel Agents Big Wave Rider, Storm Bay and Deguello] are all similar sized boats and all fast, with experienced teams, and we are especially looking forward to the competition in that group,” says Meredith.

The race is expected to attract international interest with the return of UK team for the first time in nearly two decades, while highlights will be broadcasted nationally on ABC.

Racegoers encouraged to see in competitors as they pull into port, and are invited to join the free celebrations Easter Friday at Beauty Point, along the pictureque Tamar River.

Those following the race will have access to tracker data from not just the yachts and the mountain runners, through the use of satellite tracking displayed on the race website.