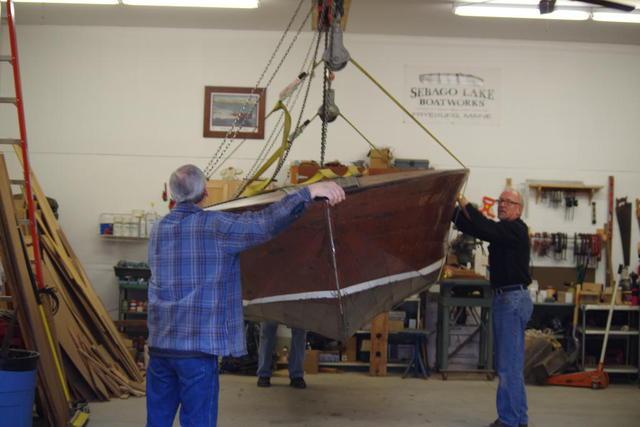 Perhaps some of you remember when auto manufacturer Toyota went nautical with its ski car? Or a more focused image of the many incarnations of the Aquada boat/car, car/boat? No matter but for the fact that yet another major terrestrial-based automotive powerhouse is once again testing the waters.

Carmaker Infiniti is embarking on a project to create a boat modified around a QX56 V8 engine and designed with the luxury, performance and craftsmanship of its flagship SUV.

The first step in the Infiniti luxury boat project is underway with the extraction and maritime prep of the QX engine. With assistance from Infiniti engineers and training managers, a team of automotive technical training program students from Tennessee Technical Center in Nashville and Nashville State Community College removed the 5.6lt engine and seven-speed automatic transmission from a 2011 Infiniti QX.

Infiniti donated the rest of the vehicle to Tennessee Tech for continued use in their automotive curriculum.

The new Infiniti QX56 V8 will be at least the fourth engine to ride between the rich mahogany wooden hull sides of the 1962 Chris-Craft Holiday that is serving as the body for the transplant. Previous engines have included a 431 cu in Lincoln plank head marine engine and a pair of 440 cu in Chrysler Hemi marine V8s, including one with a high-performance dual-quad carburetor setup.

With the engine removal completed, the Infiniti QX-powered luxury boat project is now being prepped to debut by next boating season.

CAPTION -
US luxury carmaker Infiniti has marinised its QX56 V8 engine for a future boat project, in co-operation with students from the Tennessee Technical Center.