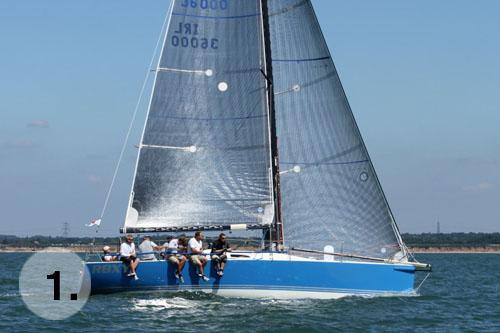 by purchasing one of the world’s most successful ocean racing yachts, modelled on the popular Corby 36 offshore racer.

To help seal the deal, Dane has invited former Sydney to Hobart race record-holder Michael Spies to join him as project manager and sailing master, for when he sets sail from the Southport Yacht Club off the Gold Coast on March 21, 2012.

Dane renamed the craft Jessandra II, which was originally launched as Rosie in 2004, and was later named Rockall III after she was refurbished by Corby Yachts. The small yacht was a class winner in the 2010 Rolex Commodores’ Cup in the UK, has achieved outright wins in the UK and German IRC class championships and at Cork Week, and was a place getter at one of the world’s major long-distance offshore events, the Rolex Middle Sea Race.

‘Our intention is to see Jessandra II as the most successful ocean racing yacht under 40ft in Australia,’ Spies said, ‘and there’s no better place to start that campaign than at Sail Paradise.’

1. The Corby 36 offshore racer is one of the most competitive yachts for its size in the world of ocean racing. Courtesy Corby Yachts