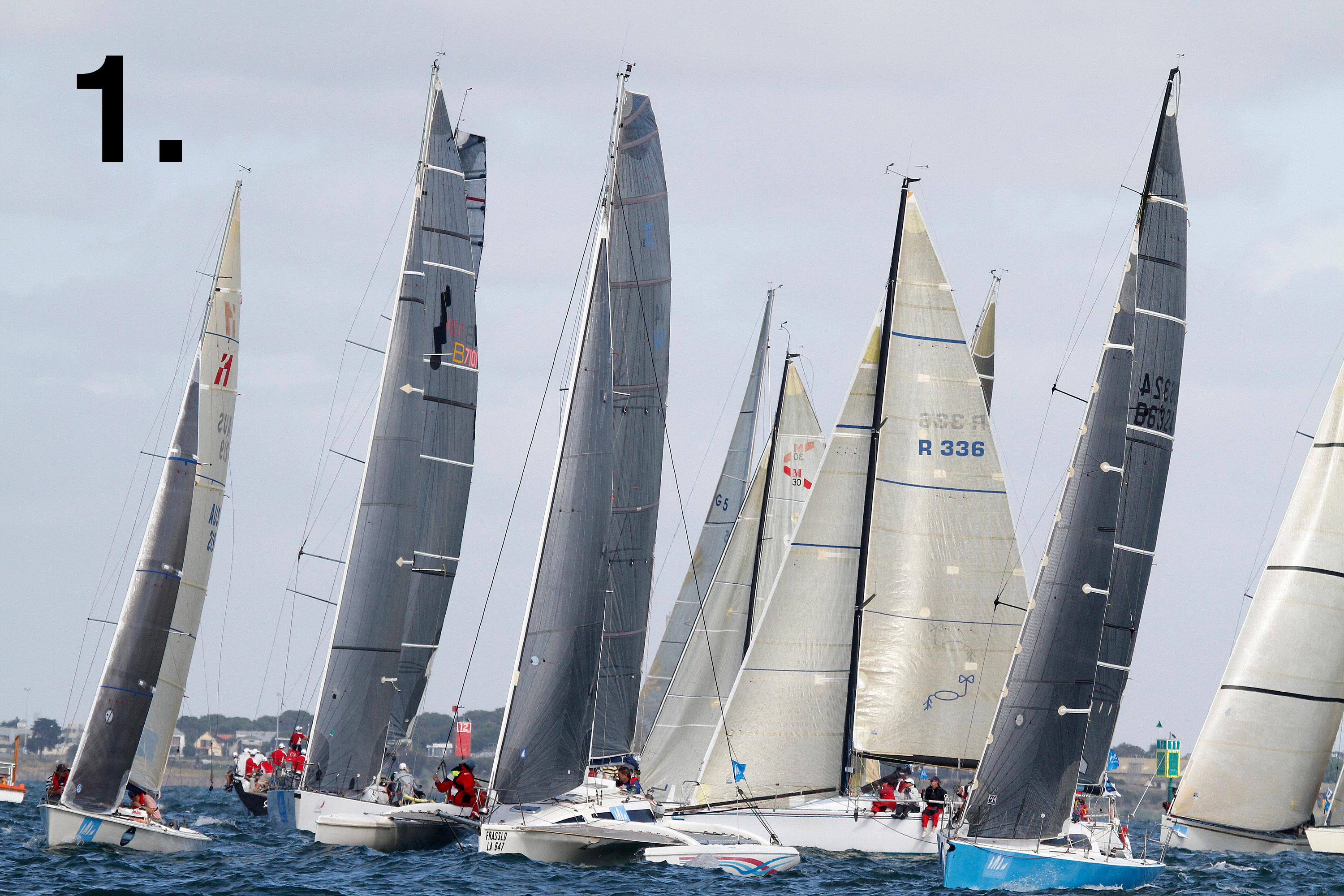 has taken both line and handicap honours in its maiden Melbourne to Geelong Passage Race, the 34nm course that traditionally marks the start of the Festival of Sails proper.

Under sunny skies and with a building afternoon sea breeze, Shogun finished in a time of 3 hours 38 minutes 8 seconds, and placed first on corrected time with Georgia runner-up across the finish and on handicap.

Jim Farmer’s 52-footer Georgia from New Zealand was leading the fleet until a peril of being out in front — a navigational slip-up — saw them take the wrong mark, which is when Hanna pounced.

“We didn’t play the shifts properly on the first leg and Georgia wasn’t going to let us past,” said Hanna dockside at Geelong this afternoon. “It was a drag race. First we got Living Doll then Georgia made a mistake and we took them”.

On the week ahead Hanna says it will be interesting if the breeze lightens off to 8kts, when boat speed will matter less than good tactics.

Previously Hanna has finished second in the Passage Race with a former Shogun, his DK46, so today’s line honours victory was alien but welcome territory.

Having taken his yachting into fifth gear with the purchase of a newer generation Med Cup TP52 late last year, Hanna can expect to be crowned more often.

Farmer is eagerly anticipating the three days of competition ahead, and expects to be very competitive against the gun Australian boats. “We have a deeper keel and new 3DI jibs and we are going to be competitive,” he says.

“This event traditionally clashes with our Bay of Islands event, which we like to support, but this year we decided to come to Geelong,” Famer added.

Premier Racing Series Division B winner was none other than Grant Botica’s Adams 10 Executive Decision.

Conditions were perfect for the offshore hit-out, sunny skies and a coolish but consistent 12 to 14-knot southerly breeze tending east by the time the fleet reached Corio Bay and the finish off Geelong’s busy waterfront.

Tomorrow (Friday) most divisions will revert to short-course racing, the warning signal for the grand prix boats scheduled for 1225hrs.

For results, go to www.festivalofsails.com.au/sailing-regatta/race-results

1). The jumble at the start of the Festival Of Sails’
Melbourne to Geelong Passage Race Start, Melbourne.

2). Shogun V crosses Georgia during the start of the Passage Race.

3). Shogun V races towards the Royal Geelong Yacht Club, capturing both line and handicap honours in the Melbourne to Geelong Passage Race.