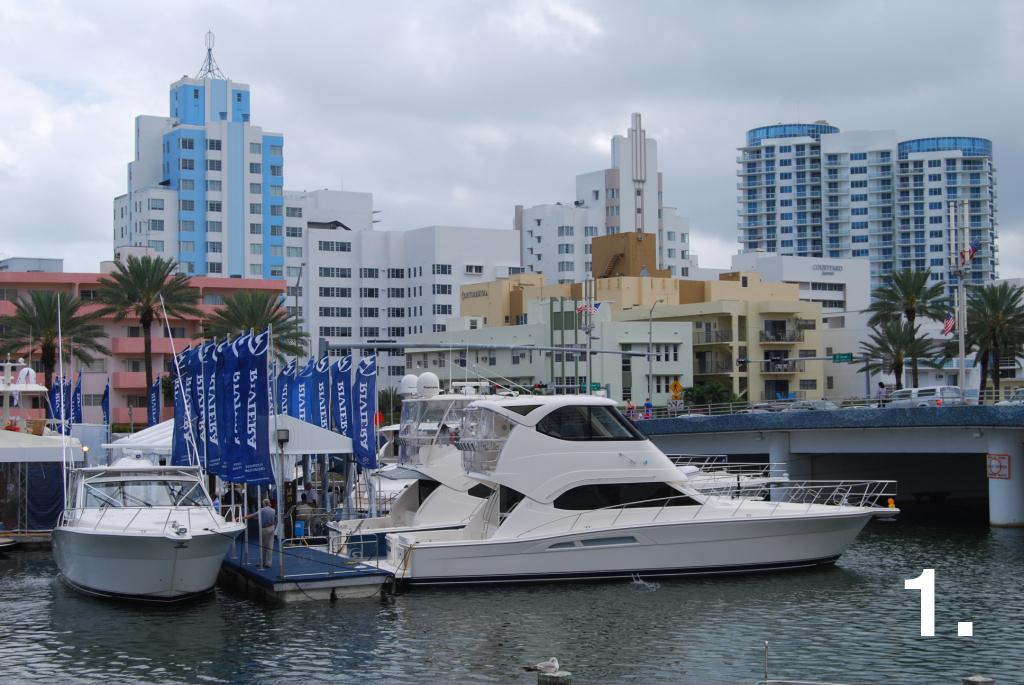 Riviera’s new 53 Enclosed Flybridge will be on show for the first time at the Miami Yacht and Brokerage Show, held from February 16 to 20.

The 53 is among several of the newest and most popular designs from luxury boatbuilder, which it is tipping will impress showgoers.

As one of the world’s largest and most prestigious boating events, the Miami Yacht and Brokerage Show spans 1.2 million square feet in the heart of Miami Beach.

Director of Riviera Yachts, Chris McCafferty said the Miami Yacht and Brokerage show was regarded as one of the world’s leading boat shows.

“Riviera has held a strong presence at the Miami Boat Show for the past 12 years and we look forward to showcasing our impressive range of new models,” said McCafferty.

“The Riviera display, located at the southernmost end of Collins Avenue near the road bridge and adjacent to Ramp 34 is a prime spot to showcase our latest models.

“The 53 Enclosed Flybridge has already received 17 orders from enthusiasts in Australia and the US in just eight months since it was launched in May last year,” he said.

Riviera continued that the 53’s spacious design has resulted in the model being dubbed the “spaceship”.
It’s the company’s first Flybridge in the 50-foot range to offer a full-beam master stateroom, with king-size bed and large en suite. The 53 is also the first Riviera in this size bracket to offer an enclosed flybridge with seating for 10.

We’re told the 53 was developed in-house after nearly two years of detailed consultation with boat owners across the globe and is said to herald in “a new generation of luxury, technology and personal customisation”. The 53 has the option of an open or enclosed flybridge and a choice of either IPS or ZF 4000 pod-drive propulsion systems.

“The result is a fresh approach, signalling a new generation of Riviera prowess and efficiency,” says Riviera, pointing to the 53 as a boat of “considerable internal volume” that has allowed its designers to create “unprecedented living spaces, elegant amenities and unrivalled performance”.

“The new 43 Open Flybridge is one of Riviera’s most successful models with 33 of these new boats sold since its launch in 2010, which is a significant achievement,” said McCafferty.

“The 5800 and 5000 Sport Yachts have been extremely well received with sales of 23 and 44 boats respectively since their recent launches with several models now in the Americas.

“With such an impressive line-up of new models on display, I have no doubt that Riviera will enjoy a very strong show,” he said.

Riviera’s director of brand and communications, Stephen Milne said the Miami Yacht and Brokerage Show in partnership with the Miami International Boat Show had always been one of the largest and most successful boat shows for Riviera.

“With 24 boats currently under construction as we start the New Year, we anticipate continued success at the 2012 Miami Yacht and Brokerage Show. We will have our professional team on-hand to discuss our exciting new and innovative models,” said Milne.

1). The Riviera display is in a prime location adjacent to Ramp 34.

2). Riviera's 5800 Sport Yacht with IPS or Zeus propulsion will be on show at Miami.

3). Riviera's floating display will be located at the southernmost end of Collins Avenue near the road bridge.