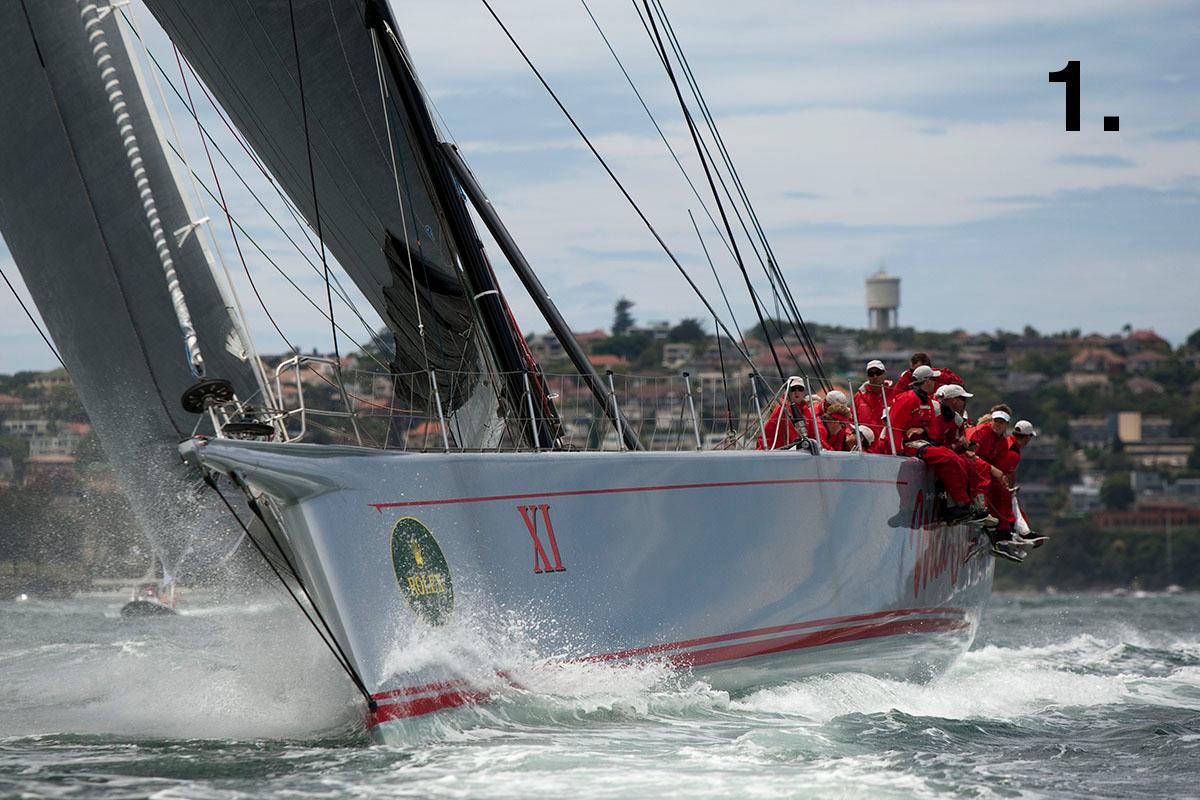 and
Investec Loyal were well within shouting distance as they hit the line side-by-side for the start of the SOLAS Big Boat Challenge on Sydney Harbour today, but by the finish, “Oats” was well out of earshot.

Oatley’s prizewinning 100-footer, skippered by Mark Richards, shook out a reef in its new North 3DI mainsail in the pre-start showing they meant business in the ongoing chest beating between them and same-sized super maxi Investec Loyal.

With five Rolex Sydney Hobart Race line honours wins and now five SOLAS Big Boat Challenge bullets under their belts, Richards and the rest of the crew can feel confident they are as well prepared as ever for the looming start of the great race, the Rolex Sydney Hobart, on December 24.


“It’s a good, tightknit team and they back each other really well,” said Richards of his experienced crew.

The 14nm SOLAS Big Boat Challenge is a spectacular, adrenaline-charged spin-around-the-block whereas the 628nm Rolex Sydney Hobart is nothing short of an endurance test, but a win is a win and Oatley has walked away content.

“We are getting very good at coming second to Wild Oats,” conceded Investec Loyal owner-skipper Anthony Bell, sighting issues with their furling spinnaker as one of their time-wasting onboard dramas.

For the upcoming blue-water classic Bell admits, “Wild Oats is the benchmark of Australian yachting. We have to be within striking distance (of them) and we are doing everything we can to do that”.

Kurt Fearnley, Olympic wheelchair racer and crewman on Investec Loyal, gave his take on today’s Harbour sprint, admitting “it was good to be on the boat while it’s angry.”


On Sydney Harbour south-sou’westerly winds averaged 18kts with gusts up to 23kts out of Rose Bay and Rushcutters Bay as the fleet screamed up and down the course, side-on to the prevailing breeze.

The SOLAS Big Boat Challenge marks the start of the busy lead-up to the Rolex Sydney Hobart and is one of the Cruising Yacht Club of Australia’s major fundraising events for its Safety of Life at Sea Trusts.

A number of guests who successfully bid on eBay as part of SOLAS fundraising efforts enjoyed today’s whirl around the harbour as guests on competing yachts. — Lisa Ratcliff, CYCA