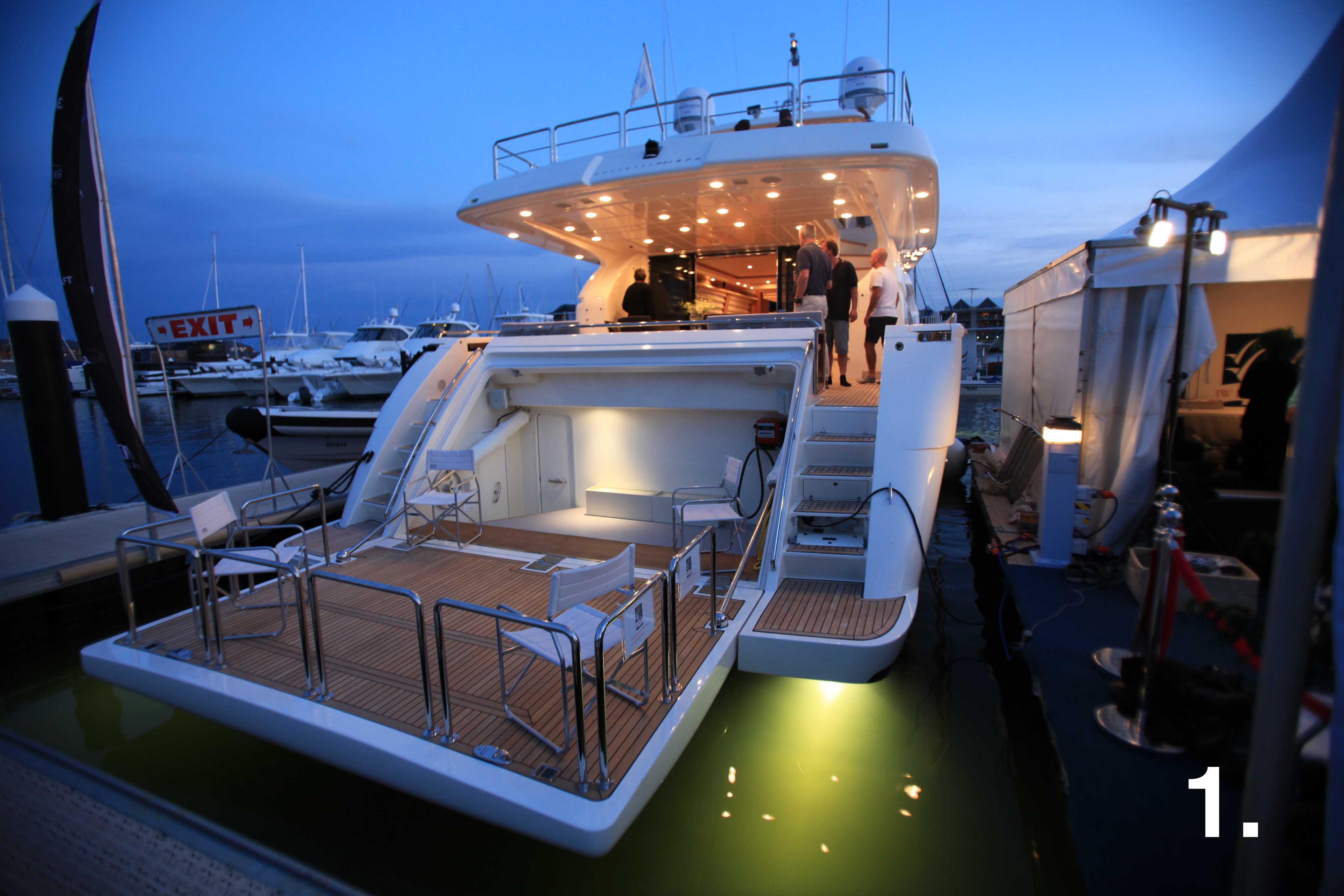 October saw Australia’s third largest boat show take to the water at Mandurah, WA. The event was used as a world-launching platform for the new Mercury four-stroke 150 outboard engine, but the Australian launch of the flagship Ferretti 881 overshadowed that in more ways than one.

This year’s new-model Ferretti has the addition of an upper deck containing the pilothouse. Power is from a pair of 2211hp MTU engines giving the superyacht a cruise speed of 26kts and a top speed just under 30kts.

Another feature of the show was the return of Princess Yachts with its massive V85-S flaunting an impeccable finish. Sunseeker had a big display as well. The 44kt Predator 84 takes some beating. Accompanying her on the stand were the 63- and 64-foot models.

All told, there were 70 boats on display on water. But the hardstand was chock-a-block with trailerboats, PWCs, kayaks, pontoon boats, plus usual trade displays.

Visitor numbers were down a little despite the great weather, with just over 16,000 pass through the gates over the three days.

While interest in the bigger boats is a long-term familiarisation process, evidently many trailerboats were sold at the show. That alone made the trip worthwhile for many exhibitors and showgoers. — Mike Hunter

2). The Bavaria and Luhrs stands at this year’s Mandurah Boat Show.

6). Princess made a splash.