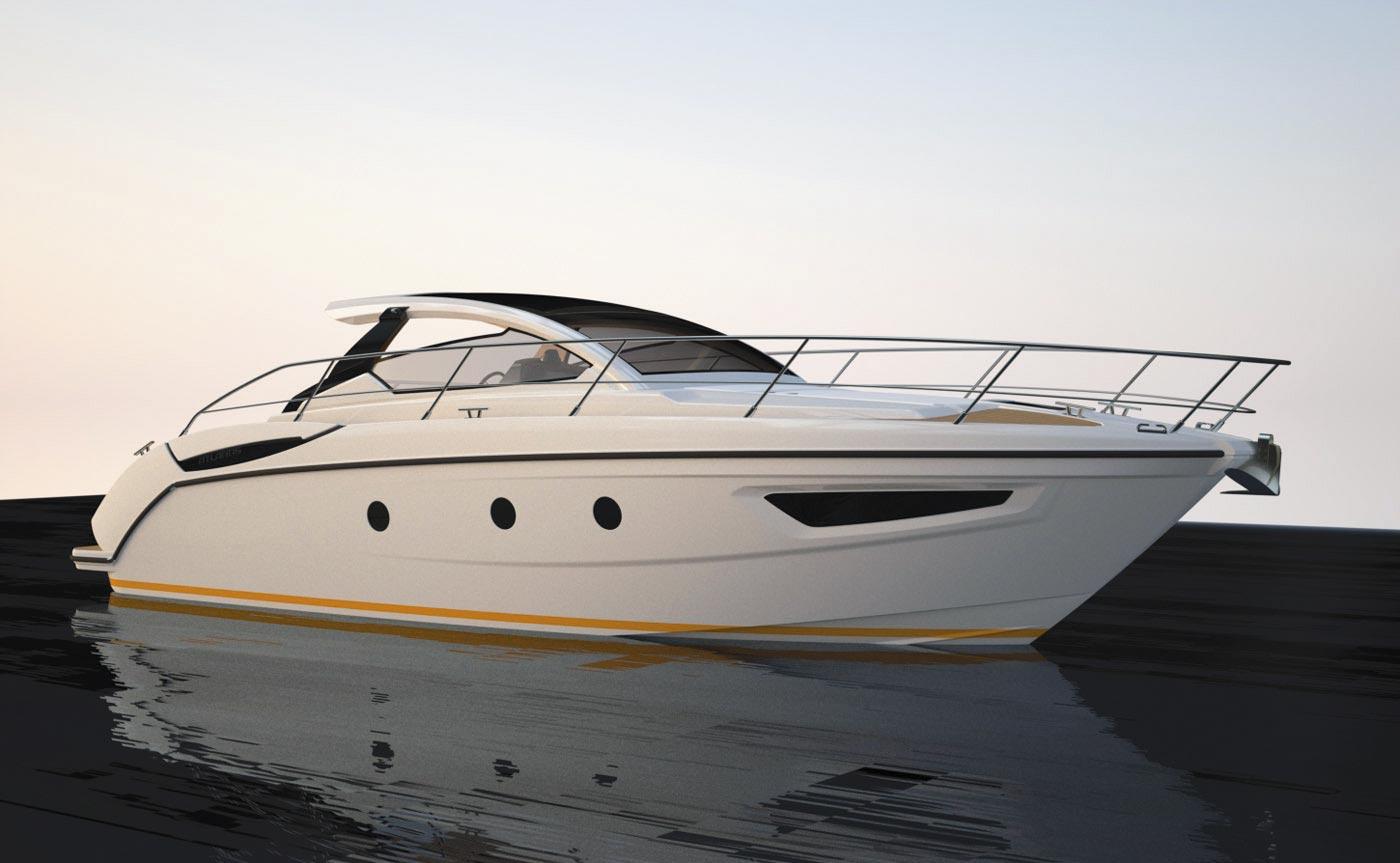 It has always puzzled me why Italian mega-group Azimut Benetti chose to name one of its ranges after a legendary island that sank overnight — after all, it hardly inspires the sort of confidence one might hope to have in a boat — but there’s no doubting that the Atlantis range has proven to be a popular choice for boaters with a shared illiteracy in classical mythology. While the Cannes show in September saw the unveiling of the new Atlantis flagship, the 58 (more on that soon), the group also announced the arrival of a new addition — the 38 — which will debut later this autumn.

Following the revised lines of the 58, the 38 will form the new entry-level yacht to the Atlantis range of open sportscruisers. Described as having not only sleek, aggressive lines, but also (rather amusingly) a “muscular bottom”, the 38 offers a comfortable cockpit that epitomises the Med-style open concept, with a hardtop that arches elegantly aft complete with a sunroof, opening windows and an open aft end. The C-shaped seating converts to a sunbed, with an additional sunbathing area forward on the bow, while the helm station is located to starboard. A single step leads from the cockpit down to the swimplatform, which can take a 2.1m tender. Below decks, a forward master and aft guest cabin are separated by a dinette and galley — which offers a twin-burner hob, microwave and fridge — and for those nights when extra guests refuse to leave, the central seating area can be converted to a third double.