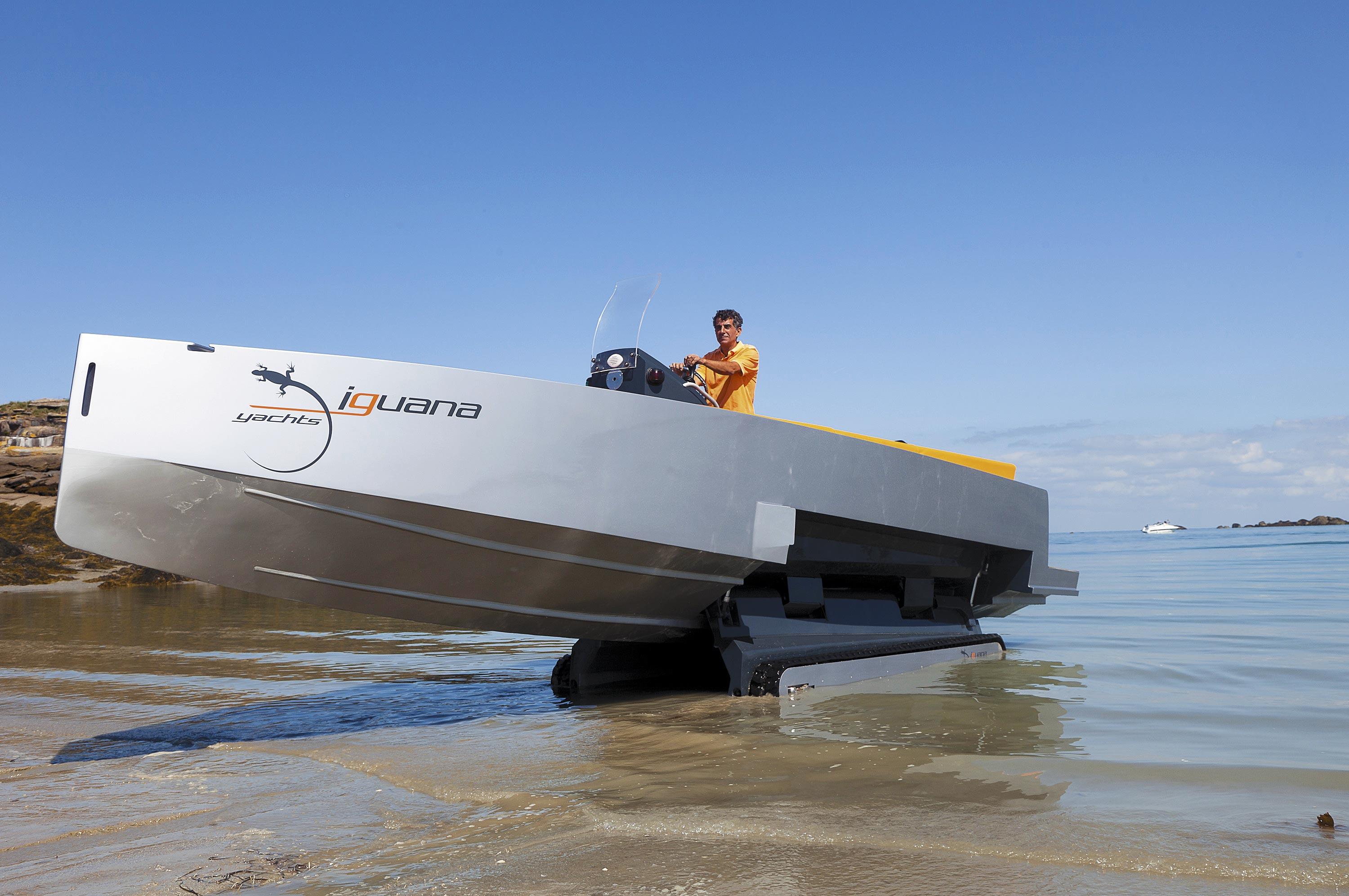 The French are a strange breed (and I mean that affectionately, somewhat) but some, it seems, are stranger than others. Take Antoine Brugidou, for example — a “global activity consultant in a large international corporation” — who in his spare time set out to design “a high-performance boat capable of entering and leaving the water by its own means”. Yes, we’re talking a kind of inverse amphibious car here, and amazingly, after joining forces with designer Antoine Fritsch, a 29-foot prototype has emerged ready to go into production.

This bizarre vessel, to be marketed under the brand name Iguana Yachts, is a sleek, 30-knot-plus open speedy boat with very modern looks that has twin caterpillar tracks folded up in the contours of the hull that enable it to drive around on land a little like the bastard love child of a WallyTender and a JCB digger. Debuting at the Cannes show, the Iguana drew lots of bemused looks from curious show-goers, but the team behind the project are ready to put the thing into production — albeit on a six- to nine-month build time. The twin caterpillar tracks are powered hydraulically by a 40hp inboard, which produces a speed on land — which has been limited — to 8kmh. Meanwhile, on water a 300hp outboard drives the hull, designed by Tanguy Le Bihan, to speeds of up to 35kts.

When you see this thing in the flesh on hard standing, it is kind of hard to get your head around the concept. For a start, you just don’t know what to call it — it’s obviously not an amphicar, but terraboat just doesn’t seem to cut it… What’s more, while Iguana claims the vessel is set to “revolutionise yachting” I have yet to be convinced until I have had a play both in the water and on dry land. One thing’s for sure though — between this and the Wider concept (as reported in an earlier Euro Report column), the Cannes Boat Show this year (where Wider was also on display) proved that us Europeans are at the cutting edge of yacht design. Or, alternatively, stark raving bonkers. — Tim Thomas