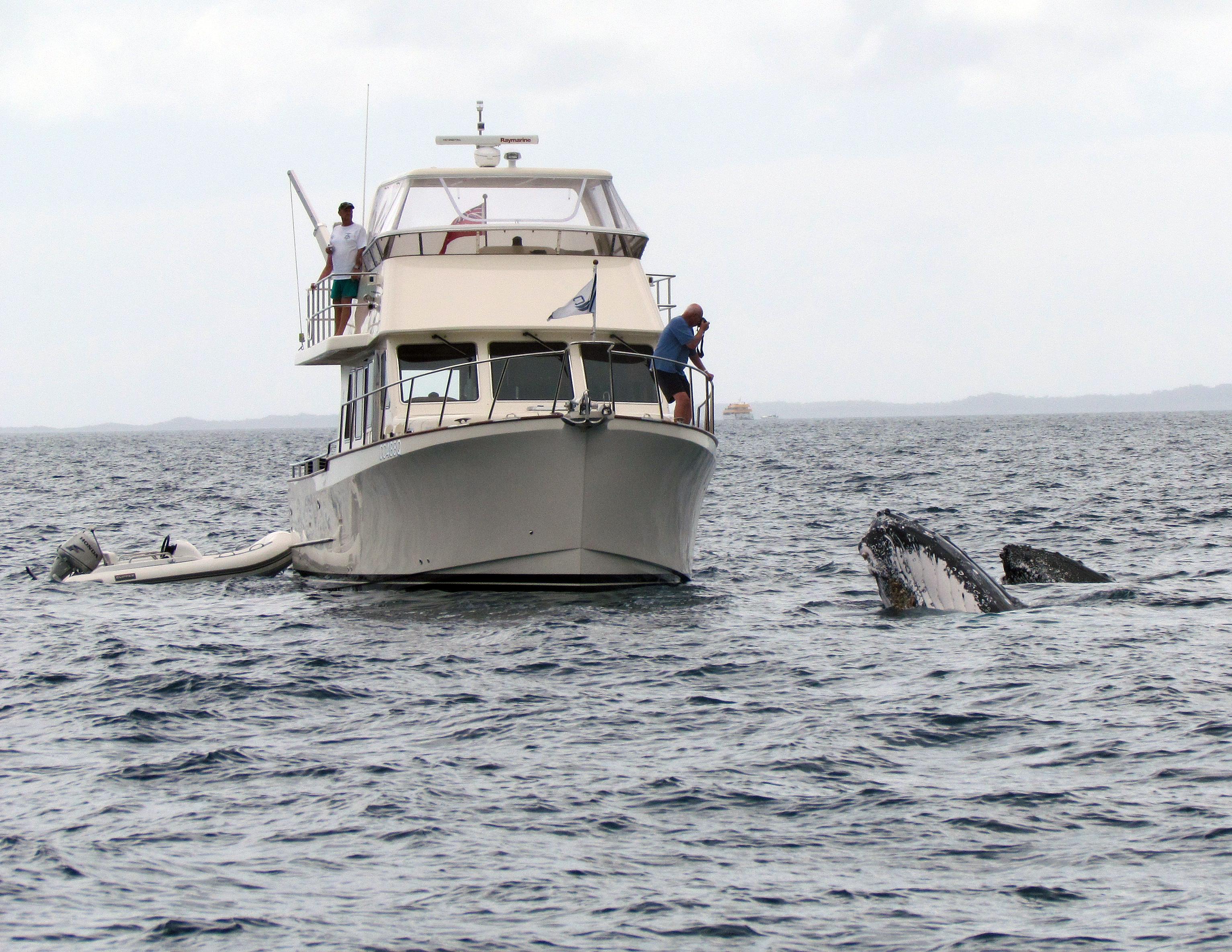 Sighting a whale a few hundred metres away as it plays in the ocean is a thrill for most people and a close encounter is rare.

The families who participated in the annual Clipper Fraser Island Regatta this year are still talking about one of the most extraordinary encounters.

“They were right beside us,” said John Seymour who was on his first regatta, having taken delivery of his Clipper Cordova 48 My Poet only a few weeks earlier.

“We were cruising north toward the northern tip of Fraser Island when a pod of three or four surfaced,” Seymour explained.

“We all stopped and waited. Incredibly, the whales came right up to the boats, raising their heads or swimming under the boats.

“I’m still not sure whether they were looking at us or we were looking at them. They lifted their heads out of the water beside the boats and we could look right into their eyes. They are beautifully curious creatures,” he said.

Clipper’s Brett Thurley said a few brave boaters even donned swimming masks to get a sight of the massive creatures under water.

“Of course, none of us left the boats,” said Thurley. “We simply stopped the boats and allowed the whales to decide how close they wanted the encounter. But we could almost reach out and touch them. Incredible!

“They were obviously impressed by our Clippers,” he added.