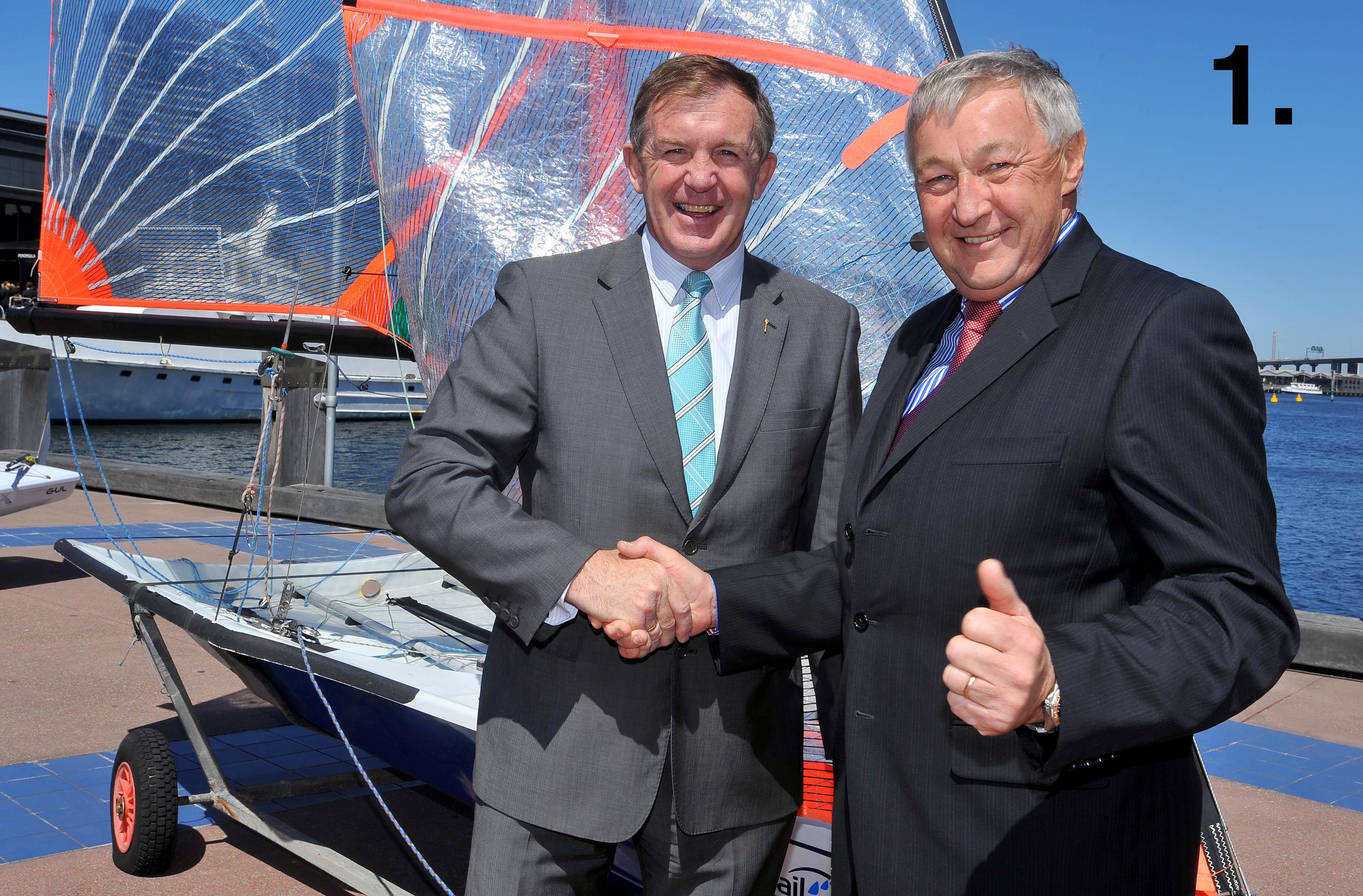 The Victorian Minister for Sport and Recreation, Hugh Delahunty officially launched the Sailing World Cup Carnival at Central Pier, Docklands with the official race starter gun, signalling the arrival of one of the world’s most prestigious sailing events.

“Melbourne has long been regarded as an international sporting capital and we are proud to support Sail Melbourne as it reaffirms the city’s position at the top of the world stage,” said Delahunty. “Port Phillip Bay is one of Melbourne’s greatest landmarks and is recognised as a world-class sailing destination.”

After its outstanding success last year, the first leg of the 2011 ISAF Sailing World Cup will once again set sail in Melbourne. With increased action on and off the water, an even bigger Sail Melbourne will be held at the state-of-the art surroundings of Sandringham Yacht Club from November 6 to 12.

World Number One 470 sailor Malcolm Page took time out of his busy training schedule to help launch the Cup, as did Olympic windsurfer Jessica Crisp who is currently placed top 10 in the world in RS:X windsurfing. Both will be competing at this year’s event.

The 2011 Australian Freestyle Kiteboarding champion Keahi de Aboitiz joined the sailors, representing one of Sail Melbourne’s emerging sports that will take place at Hampton Beach. At just 18 years of age, Keahi is one of Australia’s most successful and well-known kiteboarders.

“The last two years have seen Melbourne embrace sailing as part of the city’s event calendar as Sail Melbourne has grown bigger and better, with more competitors and spectators than ever before,” said Sail Melbourne chairman Bruce Griffiths.

“We are also thrilled that two of our Australian crews, Malcolm Page and Mathew Belcher in the 470 class and Tom Slingsby in the Laser currently sit at the top of the world ranking, promising an exciting competition.

“Most importantly, I’d like to say a huge thank you to all our sponsors and announce that the support for this year has grown again with a record number of partners onboard. Without the backing of all our sponsors and dedicated media attention this event could not happen,” he said.

“We are thrilled with how our vision for the Sailing World Cup is coming together,” said event development manager Kate Allen. “We are building the Carnival into a true sports entertainment platform that can be enjoyed in equal measure by the sailing community and the wider public.”

Parks Victoria will again support the event as it showcases the best Melbourne has to offer, with its pristine coastline and marine life on full display.