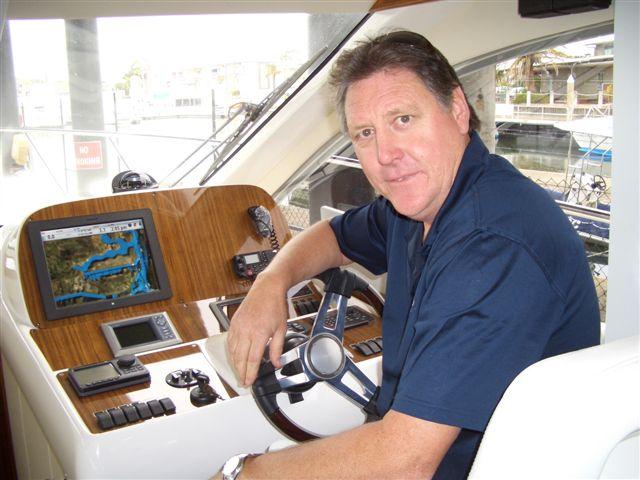 Maritimo has appointed long-time production manager Craig Jones to head its after-sales division in response to new market trends and its increasing network of dealerships.

Jones, who joined Maritimo in 2004, is now the point of contact for Maritimo purchasers on issues ranging from warranties to servicing. He is also the primary liaison for the growing list of Maritimo and Mustang dealers throughout Australia and New Zealand, which has now reached 10.

Entering the marine industry as an apprentice shipwright with Mariner Cruisers more than 30 years ago, Jones has worked closely with Maritimo CEO Bill Barry Cotter for two decades.

“I’ve been around boats a long time and I’ve seen a lot change in the industry, especially in terms of customer expectations,’’ said Jones.

“With high-quality blue-water cruisers, purchasers demand premium craftsmanship and high service standards. Ultimately, they want the most time possible on the water for the least maintenance.

“We’ve always had a philosophy that when you buy a Maritimo or a Mustang, you should feel part of the Maritimo/Mustang family: in this role I’ll be making sure all our purchasers appreciate that and get the special attention they deserve,’’ he said.

Barry-Cotter acquired the Mustang brand in 2010 and re-invented the marque as quality, affordable cruisers at its Gold Coast production base. Jones said the rejuvenated Mustang models had tapped into a new, emerging market of boaties.

“With a model like the Mustang 32 sports cruiser for a little over $200,000, we’ve seen a trend where purchasers who have been keen to enter the quality market but still want something that is economically appealing make a decision to buy,’’ Jones said.

“The 32 is a great little weekender family boat, and that has unearthed somewhat of new market for us. There are new designs in the pipeline that will further appeal to this market and I’ll be helping to introduce them to the company’s customer base,’’ he said.

“Craig is one of the best production managers I’ve ever worked with and he knows our boats inside out,’’ said Barry Cotter.

“Purchasers want confidence when buying a boat and Craig is the very best person to educate them on getting the most out of their Maritimo or Mustang.

“Our list of dealers is likewise expanding and it’s important to have someone of Craig’s knowledge in that role to provide expert knowledge on our new models,’’ he said.

Photo: In a new role at Maritimo, Craig Jones is now the first point of contact for Maritimo purchasers on issues ranging from warranties to servicing.