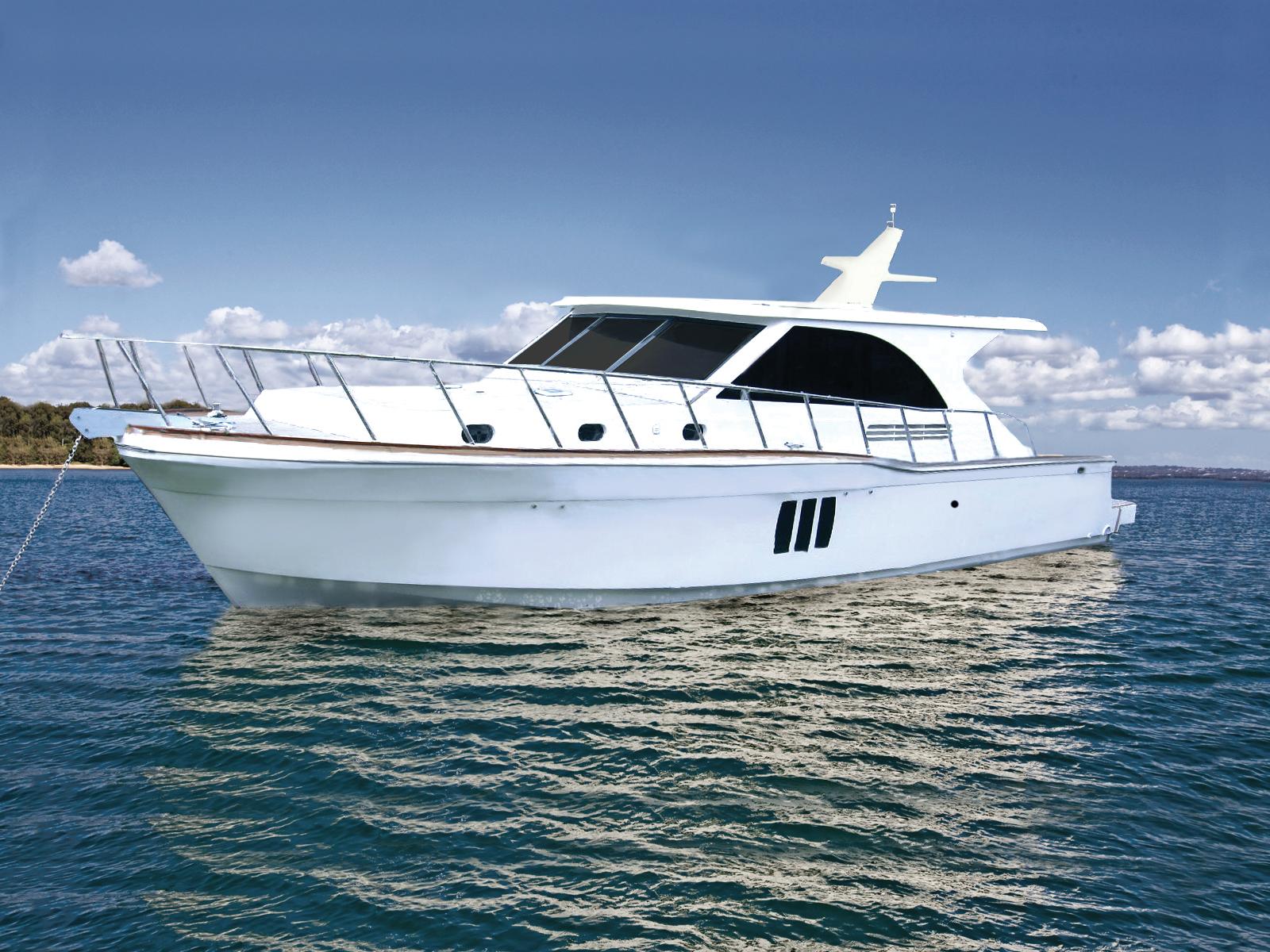 According to Clipper Motoryachts Australia managing director, Brett Thurley: “The new boat is scheduled to leave the factory in late October. We anticipate an official launch in Australia in mid-November.”

He said the Clipper factory team had worked closely with him to build the first boat in the new Clipper range to the highest standards.

“This is a highly spec’ed boat,” said Thurley. “We have included refinements such as a pantograph skipper’s door on the starboard side for walkaround deck access when docking and anchoring.

“The team has also gone to great lengths to refine the look of the helm, with an innovative hand-stitched leather pod to house the electronics featuring the latest Simrad touchscreen technology for GPS, radar and autopilot.

“The cabins feature carefully chosen Australian premium fabrics for the wall linings and bedheads, as well as Italian-inspired upholstery for the dinette and saloon settee. Build quality and interior fitout on this boat can only be described as world class.

“The new Hudson Bay combines the classic lines for which Clippers are renowned, with a flourish of the contemporary lifestyle aspects of a sedan cruiser.

“This first boat is packed with quality inclusions to make it an attractive option for families who want to entertain and stay onboard for long weekends and holidays.

“We have incorporated a wide range of standard features that reflect contemporary cruising and entertaining lifestyle, including separate teppanyaki and lava rock barbecues, a sliding sunroof in the saloon to flood this area with air and light, and three large portlights in the hull that provide incredible light to the cabins.

“We have also ensured that the cockpit roof overhang is generous to shade the tables and outdoor dinette as well as a huge swimplatform area so the cockpit can be accessed from either side with the tender still in place,” he said.

Thurley said the boat would arrive at the company’s Gold Coast office in early November for final detailing and an initial launch before its official unveiling at an event in Sydney.

The blue-water hull is constructed in solid handlaid fibreglass below the waterline with cored fibreglass above. Deck and hardtop are infusion moulded with a honeycomb core to maintain strength while reducing weight.

The innovative hydraulic swimplatform doubles as a submersible platform with teak tread stairway; only the centre section raises and lowers. It can be lowered to make swimming on and off the boat simpler or to launch a jetski or tender, but can also be raised and the steps used to let the kids turn it into a diving platform.

The hybrid swimplatform and tender launch is “an Australian first” according to Thurley and continues the focus on this boat catering to Australian families.

“It also eliminates the need for a tender garage which limits the tender size,” says Thurley. “Launching and retrieving a tender via a garage can be a time-consuming and difficult exercise at anchor.”

The company plans to launch a range of Hudson Bay sedan cruisers over the next two years, including a 47- and 54-footer.

“Every boat in the Hudson Bay range will combine gorgeous exterior styling that exudes class and timeless elegance with Clipper’s blue-water cruising credibility,” said Thurley. “The hull design shares many features of the proven Cordova range, making it equally comfortable cruising at 12kts or speeds up to 26kts.”

Images: Artist’s impression of the new Hudson Bay 50 sedan cruiser on water and inside the saloon-galley.