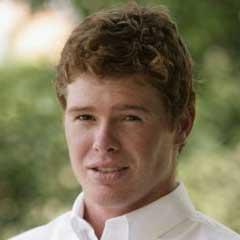 All eyes will be on Sandringham Yacht Club for the first leg of the prestigious ISAF Sailing World Cup in Melbourne from November 6 to 12 as the best of the best descend on Port Phillip Bay.

The Sailing World Cup is an exciting addition to the city’s summer events calendar and will showcase a marine driven carnival and the very best of Olympic class sailing in the lead-up to the 2012 Olympic Games.

Bruce Griffiths, chairman of Sail Melbourne said, “The event was a phenomenal success in 2010 with 456 athletes from 42 countries competing and more spectators than ever before. Growing anticipation for the upcoming Olympics will ensure 2011 is the best competition so far.”

Australian Sailing Team champions including Tom Slingsby, Malcolm Page, Mat Belcher and Krystal Weir have all confirmed their attendance at this year’s event.

“Sail Melbourne is the perfect opportunity for us to compete against the best of the best as we move closer to the Games,” said Olympic gold medallist Malcolm Page, who currently holds the title of world number one crew in the 470 class with his skipper Mat Belcher.

“I always look forward to coming home to compete in Australia,” he adds. “Sail Melbourne offers a great experience with fantastic sailing conditions on Port Phillip Bay and top facilities.”

With world-class sailing out on the water and a marine carnival filled with engaging lifestyle events, Sail Melbourne promises something for everyone.

Victoria’s Minister for Sport and Recreation, Hugh Delahunty said, “This year’s Sail Melbourne promises to excite Victorians as the high-calibre event continues to grow into a signature sporting platform. The Victorian Government is a proud sponsor of the event and I encourage everyone to get down to Port Phillip Bay to view the action and embrace the sailing lifestyle.”

This year will also see Sail Melbourne continue to embrace new emerging sports such as the visually spectacular kiteboarding. The sport will be part of this year’s invited classes in light of its recent inclusion in the Olympic program for 2016 and beyond.

The kiteboarding event will take place at Hampton Beach, extending the program farther along the bay where Australia’s best will participate in course races as well as display their incredible skills with freestyle competitions.

Kate Allen, Sail Melbourne event development manager said, “We are thrilled with how our vision for the Sailing World Cup is coming together and value the continued support from our generous sponsors who share our future goals and understand the event’s potential.

“We are delighted to once again have onboard a number of corporate sponsors including Minter Ellison, Deloitte, Bayside City Council, Parks Victoria, Club Marine, San Pellegrino, Audi Centre Brighton, and DB Schenker, among others.

“This year, we would also like to welcome Mexican luxury fashion label Pineda Covalin, which will add a richness of colour and a cosmopolitan style to our lifestyle events. High-performance marine clothing label Gill Australia will also join us as our Official Clothing Supplier,” she said.

Sail Melbourne will also hold the 10th International Sailing Summit (ISS), a prestigious event that will see the sport and industry join forces to drive positive change and to take the sport of sailing to new realms, organisers said.

ISS Patron and 2010 ISAF Rolex World Sailor of the Year Tom Slingsby said, “I am very proud to have been asked to be a part of this year’s Summit. It is vital to future success that the industry and sport come together to drive change through challenging times.

“The current business environment has been tough on everyone and the Summit will address the issues and actions to assist the sailing community to fire-up again and get people sailing,” he said.

Parks Victoria encourages everyone to get involved with this year’s Sailing World Cup Carnival and take full advantage of the excellent conditions on Port Phillip Bay.

Officials said Sail Melbourne is an advocate of youth development and through invitation provides the opportunity for amateurs to compete in a world-class event alongside their sailing heroes. The event also offers all three Paralympic classes.

SAIL MELBOURNE BACKGROUND
Sail Melbourne was established in 1999 with the support of the State Government of Victoria and is now the number one event for Olympic-class sailing in the Southern Hemisphere.

In 2009, Yachting Victoria, with the support of the Victorian Government, won the right to host the Asia Pacific arm of the ISAF Sailing World Cup for the next three years, with the intention of developing it into one of Melbourne’s high-profile events, similar to the Spring Racing Carnival, Australian Tennis Open and Melbourne Grand Prix.

Olympic-class sailing is different to the maxiyachts that compete in events such as the Sydney Hobart Yacht Race in that they are small one- or two-person dinghies that are sailed “off the beach”. All-in-all, there are nine classes that are eligible to compete in the Olympics as well as three Paralympic classes.

For these sailors, competing in a World Cup or a Grade 1 event is the equivalent of competing in a Grand Slam event for a tennis player or a Major for a golfer.

A Sailing World Cup event includes a series of races taking place over the course of the week for each of the classes.
All boats of the same class are known as a fleet and compete against each other on the same course at the same time. The racecourses incorporate a variety of different sailing angles, upwind, downwind and reaching. Races are scheduled to last between 30 and 75 minutes.

Like all sports the competitors need to be totally dedicated and train seven days a week to reach the top of their field. They are talented athletes who require a great deal of natural ability, endurance fitness, strength, balance and agility, and have a complete understanding of the technical side of aerodynamics and the constantly changing elements of wind and water. Sailors can partake in the sport from eight years of age, however, the majority of elite sailors are between 20 and 30 years of age.

The 2010 event brought together an impressive 456 athletes from 42 countries from across the globe, including World Champions and Olympic gold medallists, ensuring a spectacular start to the Cup.

Unlike World Championships in other sports, Sail Melbourne offers free race viewing to spectators from the surrounds of the Sandringham Yacht Club, meaning anyone is welcome to come down to the bay and view the extraordinary talent on show.

ISAF SAILING WORLD CUP BACKGROUND
The International Sailing Federation (ISAF) is officially recognised by the International Olympic Committee as the governing authority for sailing worldwide. As such, ISAF is responsible for promotion of the sport internationally and managing sailing at the Olympic Games.

Further responsibilities include developing the International Yacht Racing Rules and Regulations for all sailing competitions and training of judges, umpires and other administrators, as well as the development of the sport around the world and representing sailors in all matters concerning the sport.

The ISAF Sailing World Cup is a new world-class annual series for Olympic sailing, which had its inaugural year in 2008. It is open to the sailing classes chosen for the 2012 Olympic and Paralympic Games.

The Cup has brought together the existing major events on the Olympic sailing circuit, starting in Australia, before moving to the USA and finishing in Europe. By scoring competitors across all events included in the season, the ISAF Sailing World Cup will offer a definitive guide to the best-of-the-best in the Olympic sailing world.

The third season of the ISAF Sailing World Cup launches into action with Sail Melbourne at the world-class Sandringham Yacht Club facilities. The event runs between November 6 and 12 and organisers are hoping the occasion will continue to encourage Melburnians to embrace the sailing lifestyle.

The event includes a line-up of engaging lifestyle and marine-driven activities including the chance for spectators to take part in sailing and windsurfing lessons and on-shore demonstrations as part of the Sailing World Cup Carnival. Back at the club, guests will relax, while soaking up the vibe with entertainment, great food, fine wine and sweeping, spectacular views across the Bay.

Sail Melbourne will be followed by: