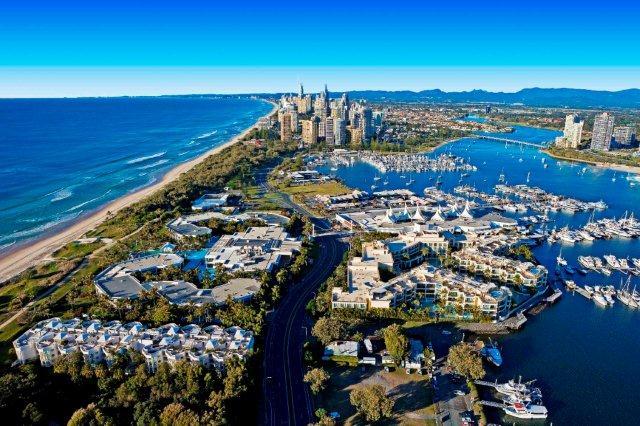 Sail Paradise, Southport Yacht Club’s offshore regatta contested along the surfline of the Gold Coast’s ocean beaches, is to be staged from March 21 to 25 next year.

The change of dates from early January to March has already been welcomed in sailing circles: the rapidly expanding SB3 sportsboat class has nominated Sail Paradise for its Queensland championship, and Bruce Absolon, owner of the Volvo 60 Nikon–Spirit of the Maid, has declared he will use the series as a warm-up for the Brisbane to Gladstone race, starting April 6. On the multihull front, Steve Austin from Vicsail in Sydney has advised that he expects at least four Lagoon cruising catamarans to be competing.

Sail Paradise was abandoned in January this year due to the extreme weather, which brought the tragic floods and near cyclonic winds to South East Queensland. Many competitors had their homes and businesses impacted by the floods.

Apart from the likelihood of there being a much better weather window in March, organisers at Southport Yacht Club cited three additional reasons for changing the Sail Paradise dates:

Sail Paradise 2012 will open to a wide range of sailboats, from Grand Prix and cruising keelboats, to multihulls and sportsboats.

Photo: The Gold Coast’s offshore waters will be the venue for Sail Paradise 2012. (Image by Gold Coast Tourism)