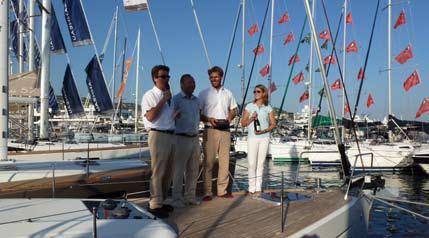 Jeanneau said all three sailboats were well received by journalists, customers and dealers alike, who turned out in number for the event.

“Designer Franck Darnet and the design team of Olivier Flahault also attended and were able to discuss the newest evolutions in Jeanneau sailboats — in some cases, revolutionary changes — particularly aboard the Sun Odyssey 44DS, the interior of which has been entirely redesigned,” said the boatbuilder.

And don’t forget to read our test of the Jeanneau Sun Odyssey 379 in the next issue of Trade-a-Boat on-sale October 5.