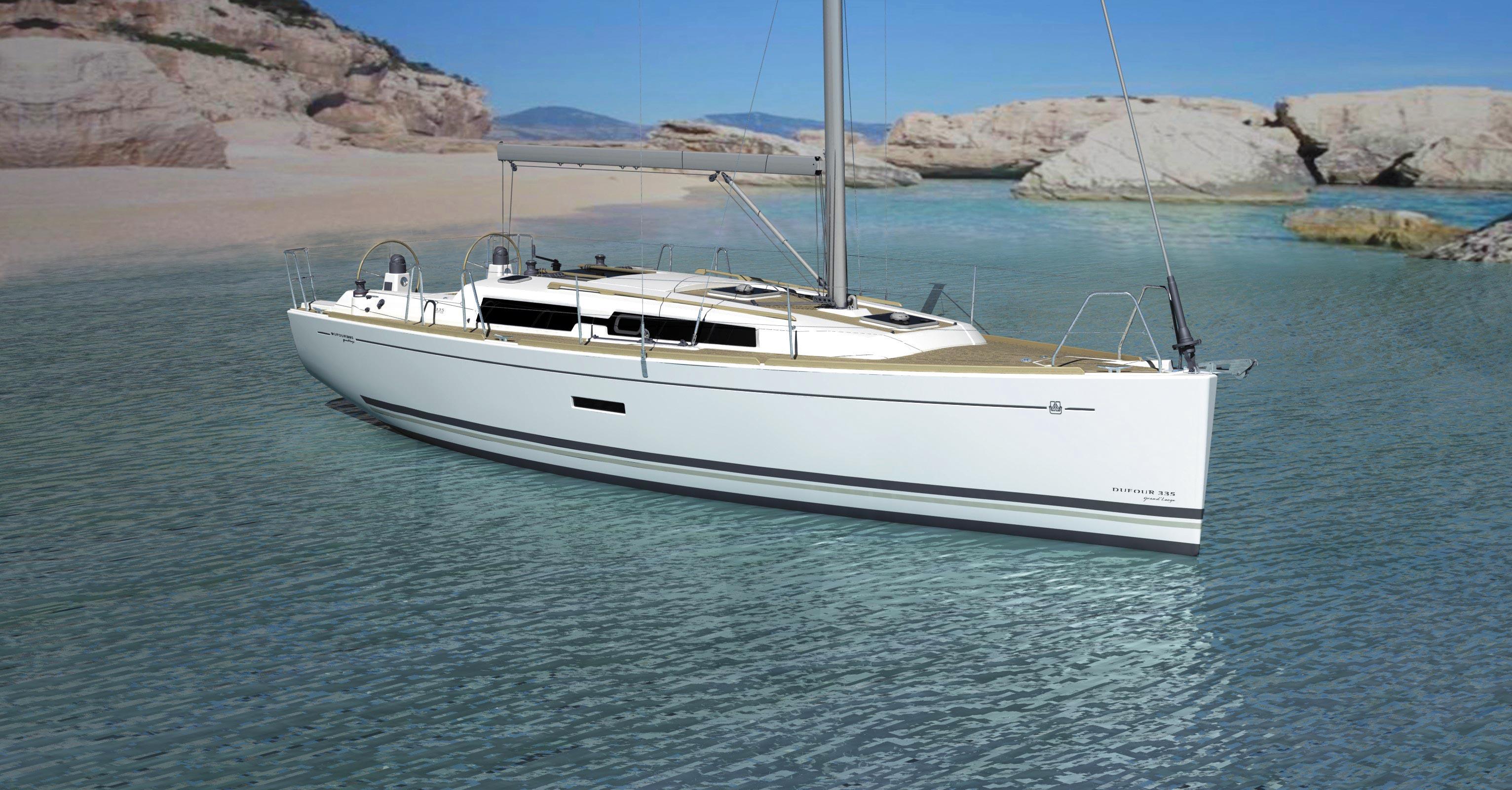 I have always had a soft spot for French yachtbuilder Dufour ever since I went to their yard many years ago to test sail what was then a new, svelte and impressive 40-footer. I don’t know why I liked that boat so much (apart from the fact that it was damn good) but I have looked forward to their new models ever since.

Now, with the fall boat shows rapidly approaching comes news that the marque is to launch a new 33-footer called the 335. Fitting into the Grand’ Large range and presented as an ideal pocket yacht for long-distance cruising, the first thing that strikes is the absence of a backstay, thanks to a rethink of the rigging and spreader design; secondly, she has twin wheels — quite something for such a small yacht — which gives easy acces to the aft bathing platform area (particularly without a backstay in the way); and thirdly, she has been designed with some above-class-average tankage to deliver cruising autonomy.

Her two-cabin interior is fairly straightforward, with a portside aft galley at the foot of the wider-than-usual hatch and companionway and a chart table to starboard, with the midships area given to twin fore and aft bench settees and a central table. The sleeping cabins — one in the bow and one in the stern — mean that you can cruise with friends who snore. With her mainsail and 128 per cent genoa offering 581ft² of canvas it will be interesting to see how she performs. The 335 GL will be making her debut — you guessed it — at this year’s autumn boat shows in Europe. — Tim Thomas