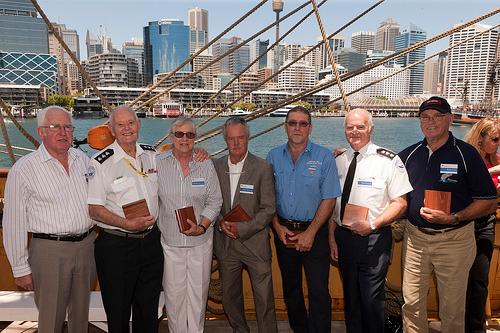 Nominations for the 2011 NSW Maritime Medal to recognise outstanding contributions in the area of boating safety, the environment or the community are now being sought.

Roads and Maritime Services’ Steve Dunn said the NSW Maritime Medal was launched in 2006 and designed to acknowledge those who made an outstanding and sustained contribution to the maritime community.

Last year, there were seven recipients of a Maritime Medal.

“Each year, people do things that benefit others in the maritime community,” said Dunn.

“This award scheme provides an opportunity to recognise these role models and is aimed at people or organisations making outstanding and sustained contributions.

“These awards are a way of expressing our gratitude to those people, who are making extraordinary efforts for our community,” he said.

Each medal is manufactured from bronze alloy, incorporating a neck ribbon, and encased in a timber display box accompanied by a citation certificate.

For details and nomination forms go to http://www.maritime.nsw.gov.au/wh/medal.html