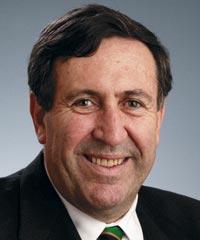 The NSW Government said it will invest $24 million to improve maritime safety and infrastructure in the State as part of the 2011-12 Budget.

“NSW Maritime owns and maintains a network of more than 45 commuter wharves across the harbour and it is important this transport infrastructure meets appropriate standards of public safety and amenity,” said Gay. “The next commuter wharves in line for replacement are at Rose Bay and Neutral Bay.”

“There is also $1 million for new safe navigational markers, signage and public moorings,” said Gay. “These navigation markers and signage are the traffic signs for our waterways and help keep the estimated 1.5 million people who go boating each year, safe.”

Other NSW Maritime projects in the Budget include $3.5 million to upgrade charter vessel wharves and redevelopment of the Rozelle Bay maritime precinct.

As part of Maritime’s operating Budget, which is additional to the capital program, other initiatives include:
* $5 million for the Better Boating Program; and
* $1.47 million to support the work of the non-government volunteer rescue group Marine Rescue NSW, which plays a vital role in boating safety and service to the boating community.

According to Gay, the Better Boating Program is delivering new and improved boating facilities throughout the state via funding partnerships with councils and boating groups. Since 1998, the State Government said more than $30 million in grants has been provided under this program to support nearly 600 boating infrastructure projects.