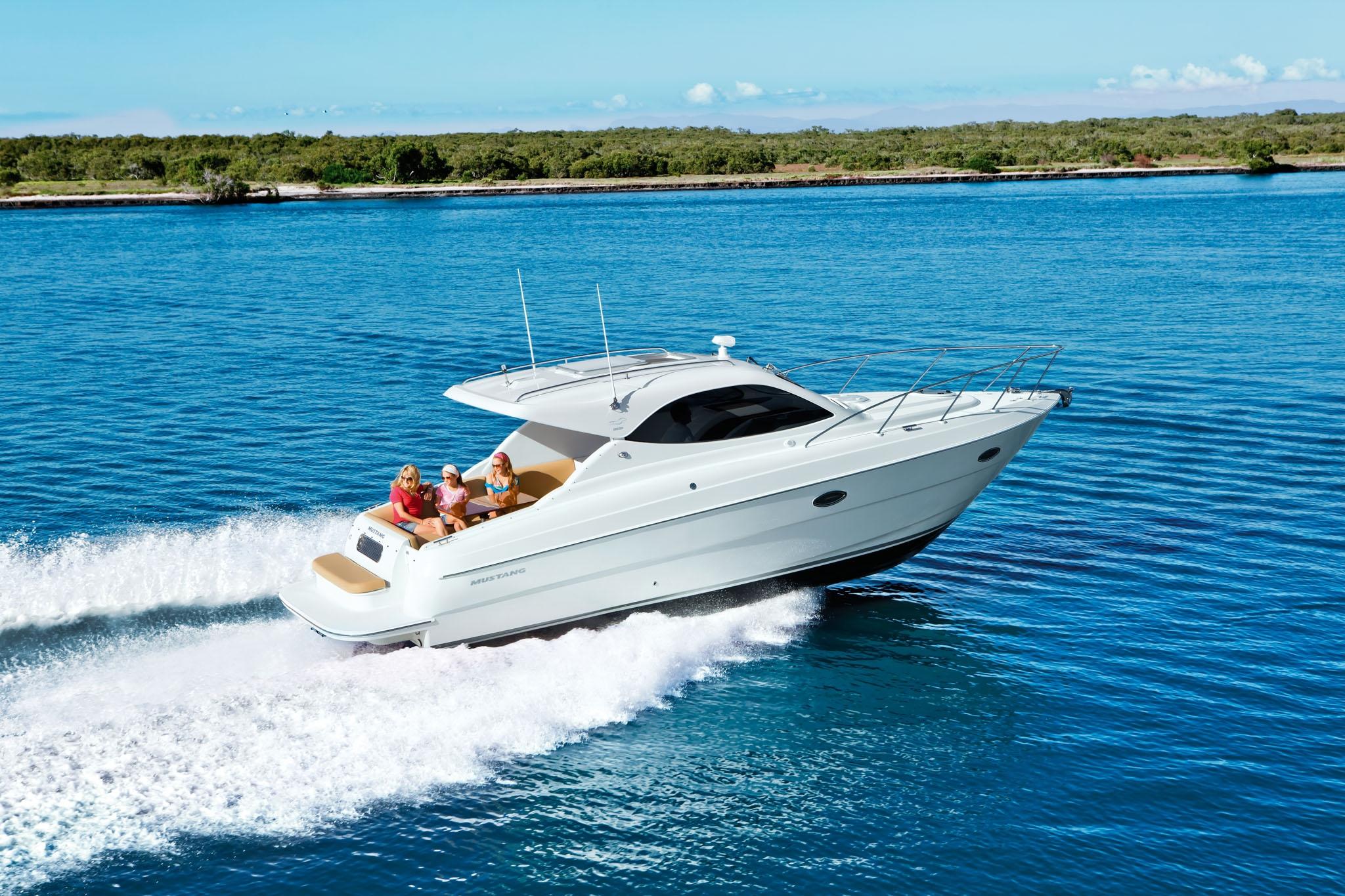 Maritimo marketing manager, Luke Durman said the compact family cruiser had been a “real head turner” at the recent Sydney International Boat Show and with its $215,000 entry price was proving a popular boat.

“The variety of buyers, who have purchased Mustang 32s, speaks volumes for the broad appeal of these cruisers,” said Durman.

“We have had couples with young kids who are first time boaties, retirees and others who are moving out of bigger boats wanting something easy to operate, clean and maintain.

“We are finding that Sydneysiders, who are particularly time poor, are really warming to the Mustang 32 as they can shoot out for the day or overnight and then come back, tie-up, give the boat a quick wash down and be on their way.

“A lot of them simply don’t have the time to justify owning a larger, more expensive cruiser and this boat with all its inclusions gives them the comfort and easy of operation they are after without all the responsibilities of larger vessel ownership.

“Of course, that’s not to say that other people who do have the time and the financial capacity are not looking to go bigger as demonstrated in the interest we have received in the Mustang 43 — which was unveiled at the Sydney International Boat Show — but for some reason our ‘baby Maritimo’ seems to have struck a chord,” he said.

According to Durman, the company has now sold a total of 14 Mustang 32 Sports Cruisers, with one headed for Singapore and another to New Zealand.

“The boat is beautifully presented and laid out with a two-cabin sleeping configuration, which is perfect for a couple with kids, or a couple who like to take friends out with them,” Durman continued.

“The single-level galley, saloon and cockpit layout works brilliantly and leaves plenty of space below decks for the sleeping quarters. It is a knock-out family cruiser,” he said.