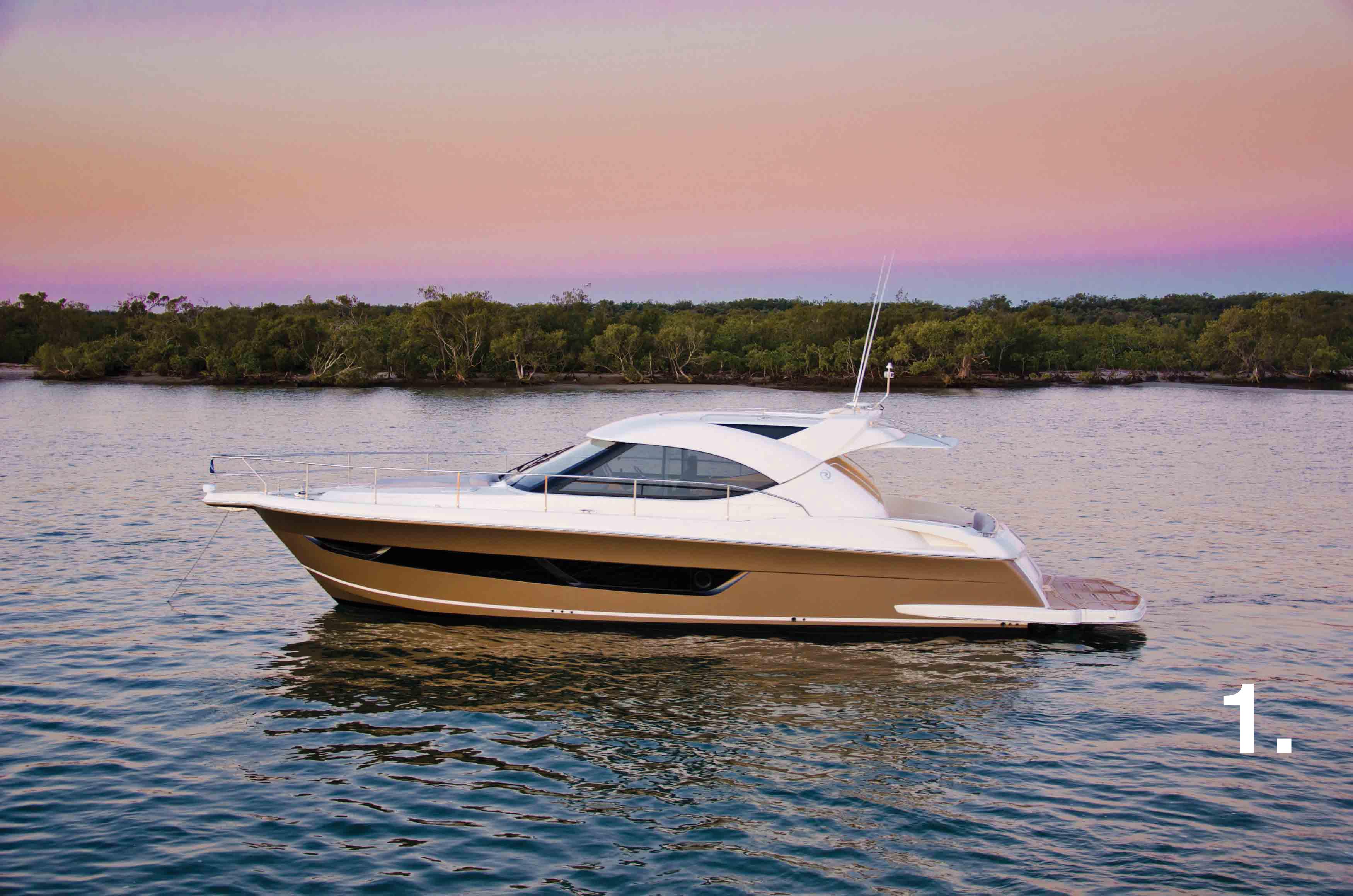 Boat Shows - Riviera Rolls Out Five New Models In Us

The latest models from Riviera make their American debut at the 2011 Fort Lauderdale International Boat Show, held in Florida from October 27 to 31.

The 52nd annual Fort Lauderdale International Boat Show is the largest in-water boat show in the world, encompassing three million square feet of space on land and in-water more than six sites, attracting thousands of visitors from around the world.

Riviera’s new 53 Enclosed Flybridge is one of two brand-new models to be released at this year’s Fort Lauderdale International Boat Show having been just released in May of this year. The 4400 Sport Yacht Series II was only released in August this year.

“The New 53 will be showcased for the first time in the United States and we believe it will be very well accepted because of its uniqueness,” Chris said.

“The new 53 features a full-beam master suite plus two other guest cabins, two spacious and luxuriously appointed bathrooms, large flybridge that is a real sky lounge, huge saloon and generous-sized cockpit with aft galley and opposing lounges. Every proportion of this boat is generous from the storage space below the cockpit to the extended living areas above — there is nothing else like our 53 that is on the market.

“We call it the Riviera space ship because of its huge internal space and its space-age technology with joystick docking control, fuel efficient IPS pod drives, resin-infused hull construction and digital switching.

“Riviera is also proud to announce the launch of its new 4400 Sport Yacht Series II, which will be showcased for the first time in the United States,” he said.

The new hardtop, targa and hull windows have enhanced aesthetics on this extremely popular model with 76 4400 Sport Yachts launched in less than three years.

“Given the harsh australian boating environment and the marriage of robust construction and engineering with industry leading design and aesthetics is why the Riviera brand is very much in demand globally today,” Milne said.

“There is a tremendous confidence in the Riviera brand.
We hold a good forward order bank with sales confirmed for both Australian and many international clients. Our production capability is now solid following a successful Sydney International Boat Show. This is good news for our 400-strong staff.

“In the US, Riviera is extremely well known for our range of Flybridge boats and the new 53 will not disappoint with its impressive list of space-age technology and design features, and its appeal to the cruising market,” he said.

For More Information, go to www.riviera.com.au

2). The 4400 Sport Yacht Series II will be showcased for the first time in the US at the 2011 Fort Lauderdale International Boat Show.

6). The new 53 is the ultimate lifestyle vessel.