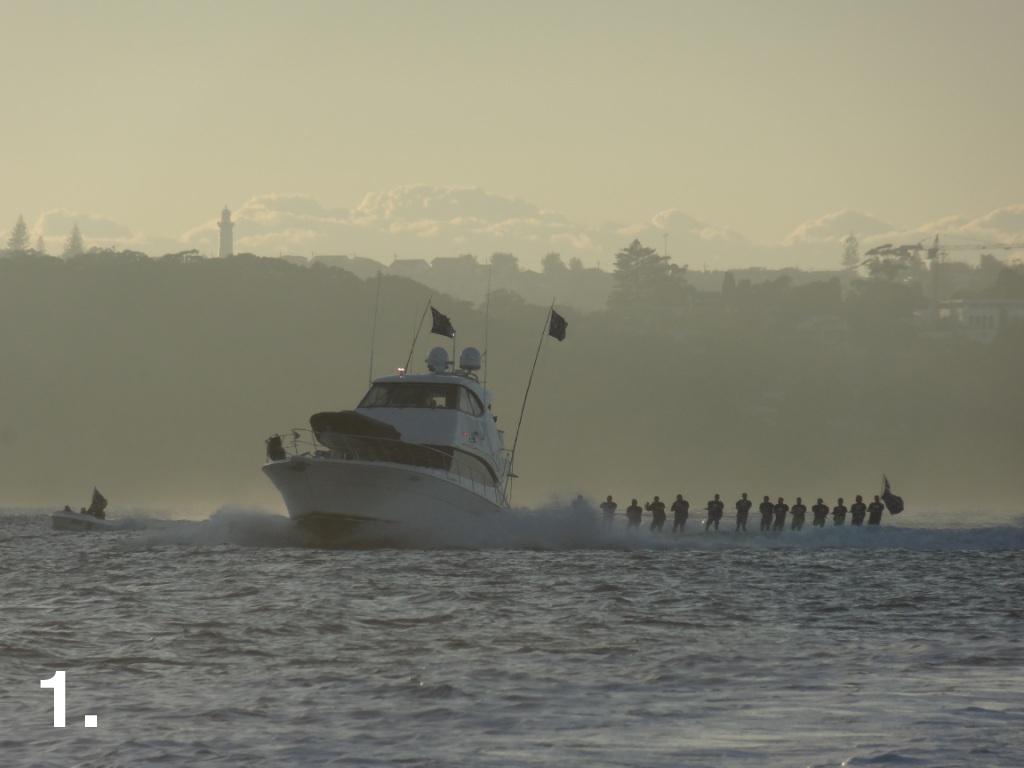 Riviera says it continues to defy a depressed boating market with $14.7 million in retail sales over the five days of the 2011 Sydney International Boat Show that concluded on Monday of this week.

The sales, it said, were achieved across each of its model collections and multiple sales of several models totalling 11 boats.

Riviera’s CEO John Anderson said this was an exceptional result and despite a strong Australian dollar there was still international interest with one boat bound for Russia.

“It is pleasing to see strong demand for Riviera boats with sales from Russia, Western Australia, Cairns, Sydney, Adelaide and the Gold Coast,” said Anderson.

The Sydney launch of the new 4400 Series II Sport Yacht and the new 53 Enclosed Flybridge were extremely well received over the duration of the boat show. These new models retain the distinctive Riviera styling, but incorporate a new generation of technology and comfort.

The 53 combines contemporary thinking with traditional Riviera elements. There is a lot of boat for its length and a great many key design features including an enclosed flybridge, internal staircase, full-beam master cabin, a total of three cabins, two bathrooms, aft galley and the flexibility of choice with a range of different pod-drive and engine configurations.

Riviera said the 4400 Sport Yacht Series II was definitely a crowd pleaser with the option of Zeus pod drives and twin 480hp Cummins engines, additional cockpit seating, a new extended hardtop and headroom in the aft cabin increased by 75mm. The 4400 Series II, the company added, is the first in the Sport Yacht range to introduce extremely large hull windows, similar to those in Riviera’s new 53 and 61 Series II Flybridge models.

“World-class quality and the latest technology are the hallmarks of Riviera, making our newest models a popular choice for new boat owners,” said Anderson.

To coincide with the opening of the 2011 Sydney International Boat Show on Thursday (July 28) morning, Riviera staged a ski exhibition using the new 61 Series II Enclosed Flybridge, which towed 15 elite waterskiers for the first time on Sydney Harbour from Rose Bay to the Opera House and back and drew a lot of attention to the show.

“In celebration of 30 years of Riviera we entertained almost 400 guests at our floating display with a Back To The 80s theme,” said Anderson. “This proved extremely popular as we celebrated our 30-year history and the launching of more than 4800 boats in that time, including our first model, the 38 Open Flybridge Mk I, which was launched in 1980.”

Longstanding Riviera owner Peter Haig said it was “just so thrilling and exciting to be there”.

“Riviera gave us the royal treatment, they really do go the extra mile with everything and they are proud of what they do, which is so important,” said Haig. “It was a really good night and the music was fantastic and I am proud to be part of the Riviera family.”

“The sales results were a reflection of the factory teams working in partnership with Riviera’s dealers and I am extremely proud of our new releases and the Riviera team,” said Milne.

“There was a lot of positive feedback during the five-day show and the results speak for themselves in terms of Riviera’s designs ticking all the right boxes for the discerning new boat owner.

“I think we are clearly building the best boats we have in 30 years and that is why we are achieving the results that we are in these challenging times.

“All the owners just love being a part of the family that is Riviera and it is that loyalty which brings our owners together,” he said.

1). In a first for Sydney Harbour, Riviera's new 61 Series II Enclosed Flybridge towed 15 elite waterskiers from Rose Bay to the Sydney Opera House and back.

3). Riviera entertained almost 400 people with a Back To The 80s theme and music from Bee Gees tribute band.

4). Riviera celebrated its 30-year history and the launching of more than 4800 boats, with a special VIP function at its floating display.