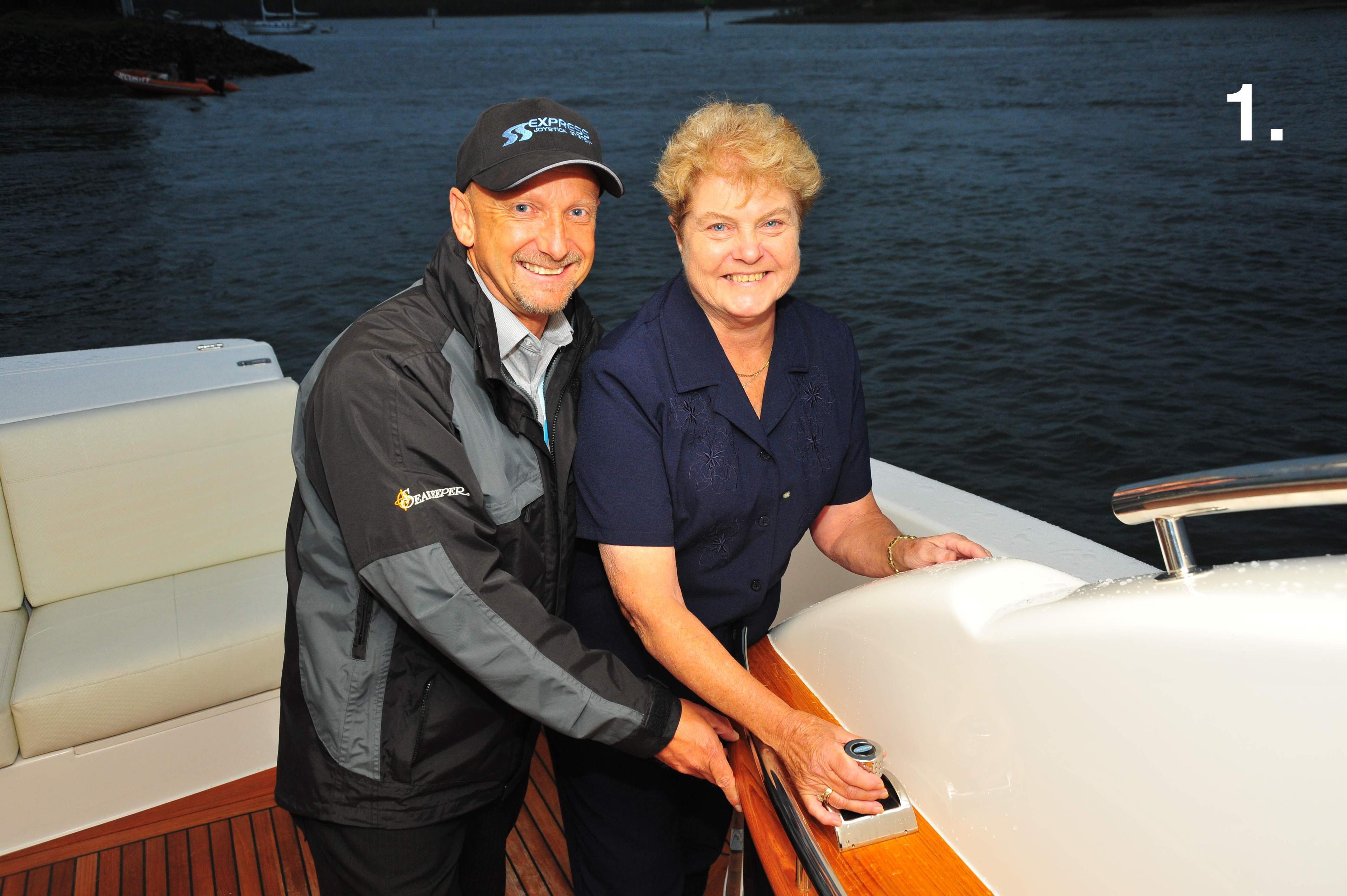 Maritimo boss Bill Barry-Cotter described the handling and maneuverability now being achieved in boats, such as the Maritimo C60 Sports Cabriolet, as “outstanding”.

“We were the very first production cruiser manufacturer to adopt Twin Disc’s Express Joystick System, even though most of the components have been in use in the commercial marine sector, such as the oil and gas exploration areas, for some time.

“Twin Disc introduced the system to us and we built a C60 Maritimo with this technology basically as a demonstrator. I was impressed with the performance from the start and now the number of sales we have made, where owners specify they want this type of propulsion vindicates our decision to go down this path,” he said.

According to Barry-Cotter, about 40 per cent of all the shaftdrive boats being built by Maritimo have Twin Disc EJS installed, with potential for this trend to increase in the future.

The Twin Disc joystick system combines proportional hydraulic thrusters with precise control of propeller speeds and directions via the QuickShift transmissions. This, we’re told, enables the system to deliver handling and performance once thought only possible with the use of pod drives.

At the heart of EJS is a joystick installed beside the standard engine controls, with optional joystick stations available at other locations. At the press of a button, the EJS is activated and all the boat’s movements are managed completely from the joystick.

“The performance is superior and eliminates many of the high-cost maintenance issues associated with pod drives,” said Barry-Cotter.

“We officially released the system worldwide in February this year during the Miami Boat Show and now most of the major luxury boat manufacturers on the international stage are testing or trialing it, but Bill and his team were the first,” said Frettingham.

“We had been supplying this type of propulsion system to the commercial sector for some time and its adaptation to the pleasureboat market features the same heavy-duty, high-quality engineering and machinery we are renowned for in the commercial world.

“Shaftdriven boats have been around for more than 150 years and it is a proven and low-maintenance system of propulsion. What we have done is marry up that tried and proven system with modern-day thinking and advanced technology to present a fully integrated, sophisticated method of vessel manoeuvrability enabling you to turn on a pin or dock effortlessly,” he said.

Frettingham said the secret to the smooth, seamless operation of the EJS is the patented clutch design of the QuickShift gearbox and Express mode.

“The engines maintain a steady high-idle rpm throughout operation and the EJS enables the skipper to precisely and smoothly control every the movement of the vessel.”

Maritimo is offering the Twin Disc EJS system on all shaft-drive models and it has already been successfully installed in the Offshore Convertible 470, Cruising Motoryacht M48 and M56, Aegean 50 and 60, and Sports Cabriolet 60 models.

2). The Maritimo C60 Sports Cabriolet was one of the first boat’s in the world to utilize Twin Disc’s Express Joystick System.