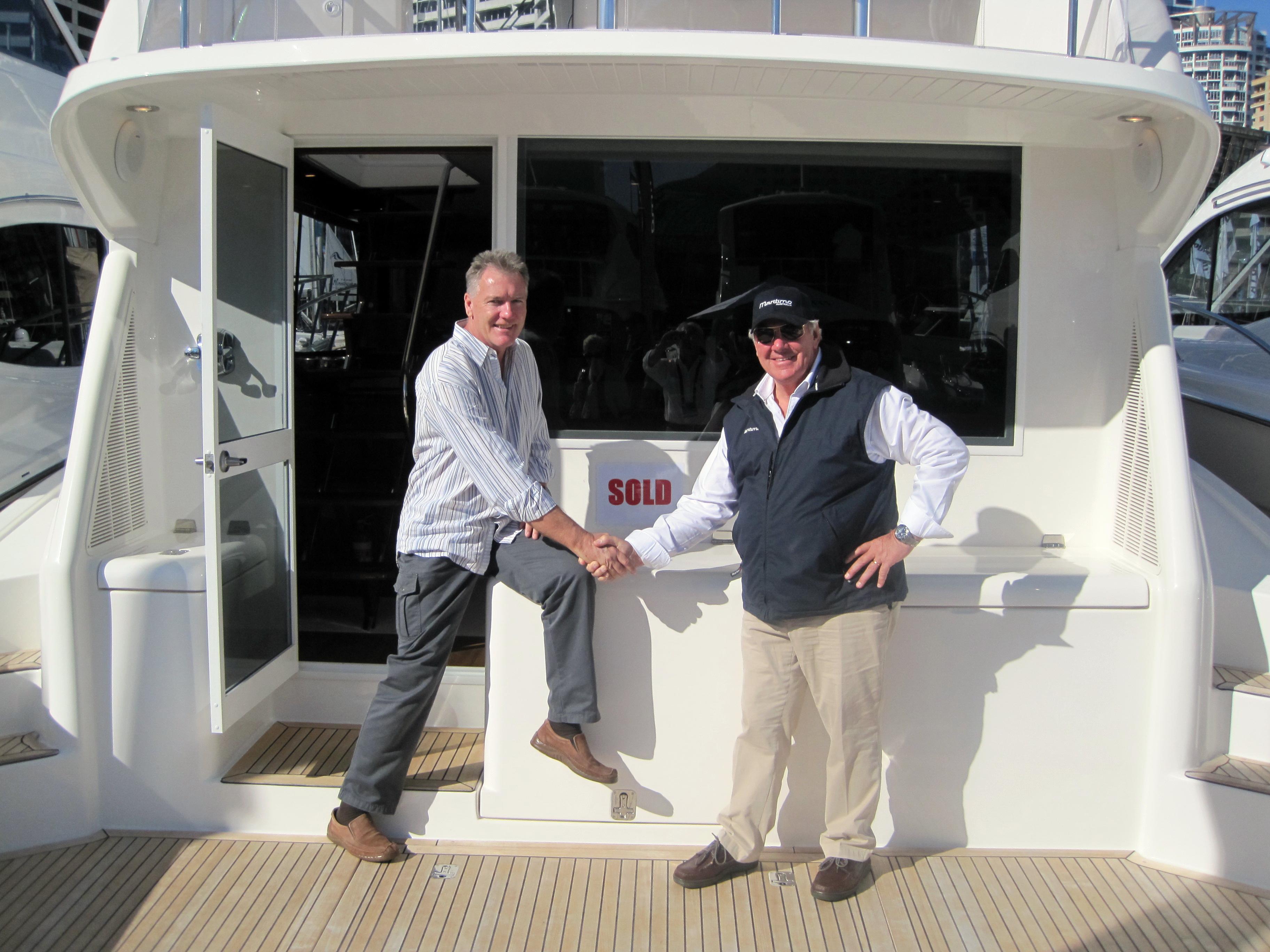 Having set-up the largest on-water display of all exhibitors at the recent Sydney International Boat Show, Gold Coast-based luxury boat manufacturer Maritimo said the effort in doing so had been well worth it.

Maritimo marketing manager Luke Durman said overall sales at the show for all exhibitors were not near the pre-Global Financial Crisis levels, but there was still strong interest, good crowd numbers and significant sales recorded.

“We were generally happy with the response and have finalised contracts on five boats so far with other negotiations continuing, so we won’t know the full results of our efforts for a few weeks yet,” said Durman.

“Our Mustang 32 sportscruiser was a hit and priced in the $220,000 range it has broad appeal. We sold three of them including one which is on its way to New Zealand.

“At the other end of the scale, we have also finalised deals on a Mustang 50 and a Maritimo 500 Offshore Convertible which is very good,” he said, adding the Maritimo 500 is off to Thailand.

Durman said the company released images and details of the new Mustang 43 Sports Cruiser at the Sydney show and it has attracted a great deal of interest.

The first boat has not yet been built so prospective buyers were just shown computer renders and given basic details, but Durman said he is confident a number of orders will result.

“The Mustang 43 is perfect for those boating families who need and want more space than they could get on the 32 sportscruiser, but can’t make the stretch financially to the Mustang 50,” said Durman.

“It can sleep six in comfort, has two cabins with an island double in the bow and an open plan layout which creates a seamless divide between the saloon and the cockpit.

“We believe this vessel will be a great success once it is released in November this year,” he said.

Durman said Maritimo’s founder Bill Barry-Cotter was on hand at the show and provided briefings on the company’s future direction and answered questions about the extensive Maritimo and Mustang range.

“With Bill’s knowledge and reputation there is always a line-up of people wanting to have a chat generally about the latest model, hull shapes or drive systems,” said Durman. “The Twin Disc propulsion system we are incorporating into the majority of our boats is a huge hit and there’s always a lot of discussion on that.”

Photo: Maritimo international marketing manager Peter Jenkins (right) shakes on the deal with Maritimo Thailand dealer principal John Pearce, who purchased a Maritimo 550 at the Sydney show for a client in Phuket .