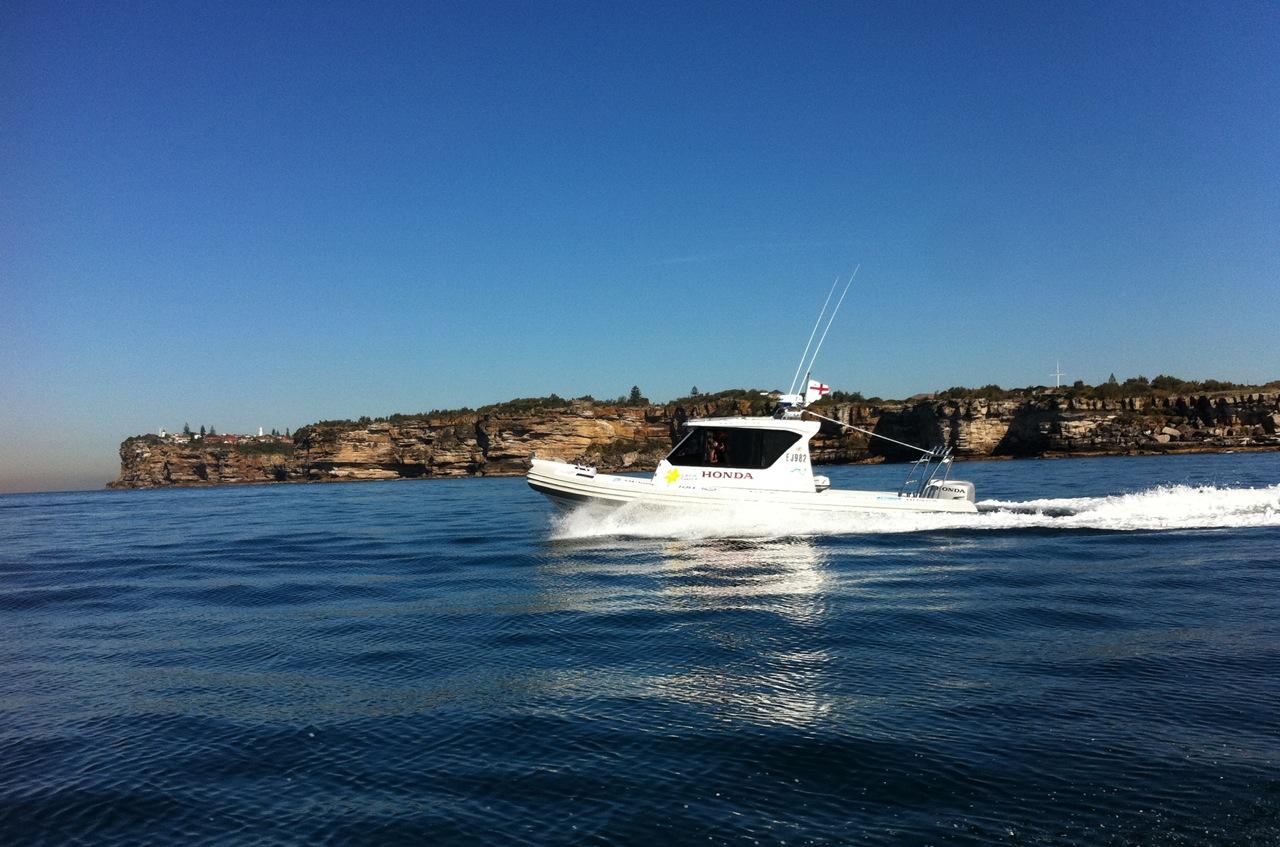 NEWS - Honda Over The Top Expedition off and running

Brothers Peter and Phillip Jenkins left from the Sydney International Boat Show yesterday (Monday, Aug 1) to begin their 5130nm coastal journey in a ‘rubber ducky’ over the top of Australia to raise funds and awareness of prostate cancer.

The Honda-powered custom 8.6m rigid inflatable boat (RIB) attracted plenty of attention as it raced up Sydney Harbour and out through the heads, with the first stopover on the Honda Over The Top Expedition held in Port Stephens last night.

Welcoming the Jenkins brothers during the afternoon, Port Stephens Honda dealer Cove Marine hosted a well-patronised dinner dance last night, which raised around $15,000 for the cause.

Honda Over The Top Expedition leader, and prostate cancer survivor, Peter Jenkins said Cove Marine’s hospitality and the generosity of those in attendance was a heartening start to the journey.

“It was a magic first day,” Jenkins said.

“We experienced excellent sea conditions all the way up the coast, with an average speed of 28kts and the combined fuel consumption of the twin Honda BF225 outboards just 29lt/h.

“After a great night last night, with much thanks to Robert Bailey and his team at Cove Marine, we’re setting off again this morning with the next stopover tonight at Coffs Harbour.

“Thanks also to everyone who attended last night and generously donated money, all of which is going towards a very worthy cause,” he said.

Close to 3000 Australian men die each year from prostate cancer. It is one of the most common cancers in men in Australia, second only to skin cancer.

Finishing in Perth in early October, the Honda Over The Top Expedition aims to raise $200,000 for Cancer Council Australia for research into effective prostate cancer detection and treatment.

Donations can be made online at www.overthetop.com.au

Photo: The Honda Over The Top Expedition left through Sydney Harbour Heads yesterday to raise funds and awareness of prostate cancer.