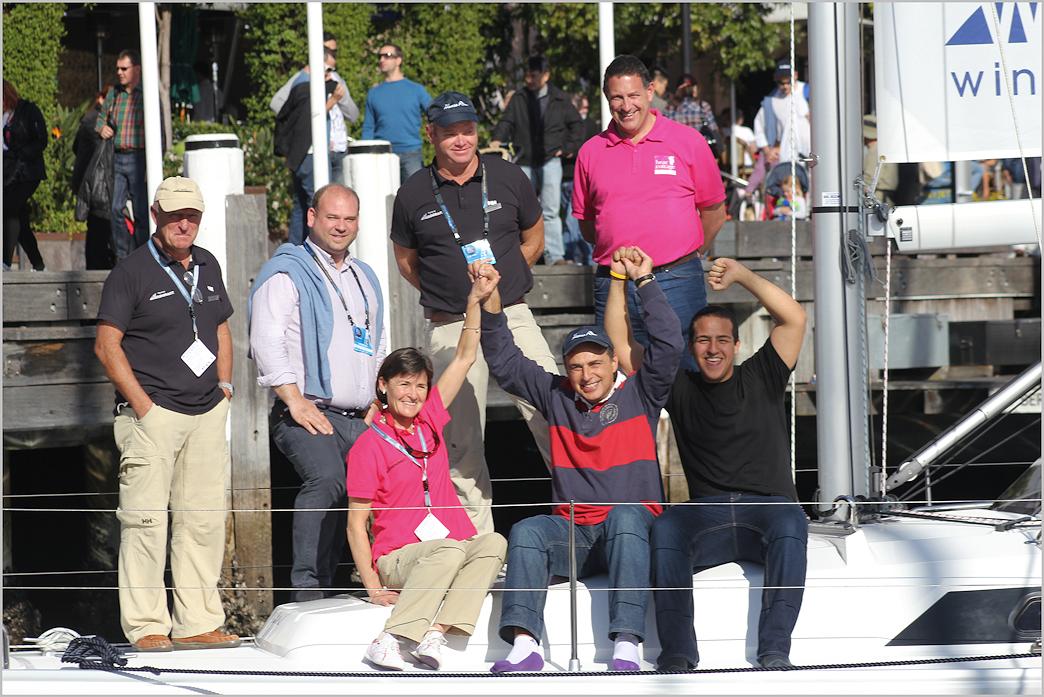 Sydney’s Team Windcraft says its fund-raising campaign to raffle a brand-new Hanse 355 yacht and raise much needed funds for Bear Cottage Children’s Hospice in Manly, has been a huge success.

Windcraft said it sold 4352 tickets that should enable it to give a donation of approximately $250,000 to Bear Cottage.

The winner was announced at the Sydney International Boat Show by Jo and Lyle Townsend. The Townsend's son Harry spent many happy days at Bear Cottage and the prize yacht is named Harry's Story after him and to represent all the children at Bear Cottage.

Husam Dajani from Manly admired the Hanse 355 on Friday at the boat show and bought the winning ticket number 3849 two days before the draw.

Dajani has three sons and the family have recently taken up sailing as a change from powerboating. When Windcraft called Dajani to explain he was the proud owner of a new yacht he thought it was a friend playing a joke at first.

When he finally realised his dream had come true he jumped on the Manly ferry and spent the rest of the day on the 355 at the Boat Show. Dajani has now joined Middle Harbour Yacht Club and plans keep the name Harry's Story for his yacht.

Windcraft said it was fitting that the yacht had come full circle to Middle Harbour, where she was christened and the winners are from Manly the home of Bear Cottage.