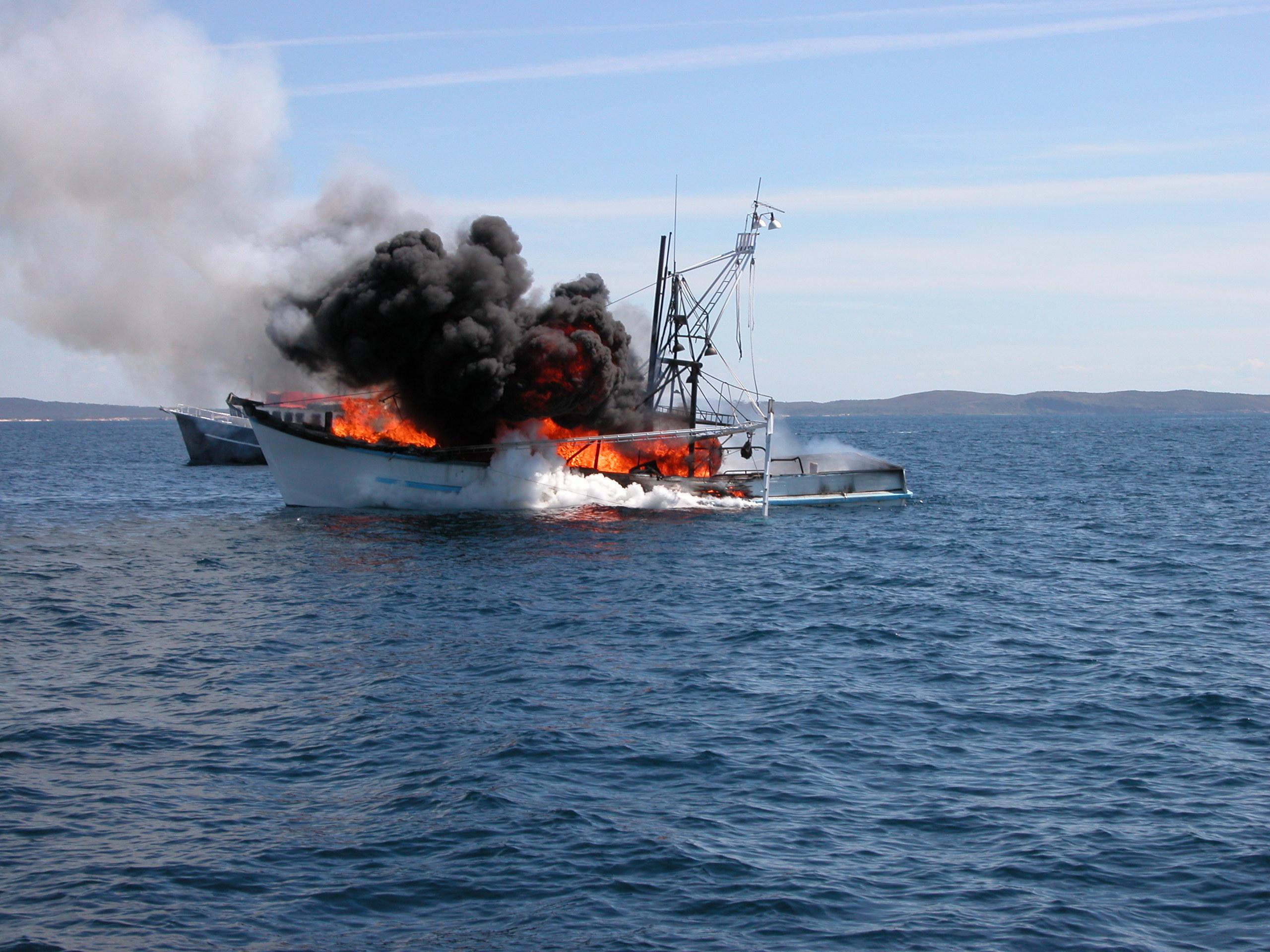 Iluka Yamba 30, the new offshore rescue boat at Marine Rescue Iluka Yamba, had a baptism of fire when called to a burning trawler early on Monday (Aug 29) morning.

Unit commander Barry Storey was contacted by NSW Police Marine Area Command (MAC) at 1am to rush to a trawler reported burning 4nm offshore from Broom Head. Arriving on the scene at 1.45am, volunteer members Andrew Soesan, Ken Palich and other crewmembers onboard Iluka Yamba 30

, found the wooden trawler
Wave Rider engulfed in thick smoke with another trawler, the L-Margo, standing by after taking the stricken boat’s crew to safety. No-one was injured in the incident.

“The skipper of the stricken trawler returned to his vessel once to try and quell the fire but the heat was too much and he returned to the L-Margo,” said Andrew Soesan. “We were very concerned for him in case of an explosion from the fuel tanks.”

Iluka Yamba 30 maintained a safety watch in the area for some hours and then returned to port under instructions from MAC Coffs Harbour.

When daylight came Iluka Yamba 30 returned to the scene to take photographs for official records. By then media had come to the unit’s base and Iluka Yamba 30 was able to return and transport media to the scene, where the spectacular conclusion to the emergency took place.

At around 11.30am Wave Rider erupted in a huge explosion that sent flames high into the air. The fire burned the fishing boat to the waterline and it sank.

Commander Storey said, “This was a very serious emergency and it is very fortunate that no-one was injured. From our perspective, however, Iluka Yamba 30 performed beautifully. She is powerful, fast and a brilliant platform for our work. We’ve had her here for just over a week and the timing could not have been better.”

Marine Rescue commissioner Stacey Tannos said, “It is very gratifying to see that our units are able to respond to emergencies so effectively with the new equipment that is being provided to them. While it’s distressing to hear about an incident like this, it is also a sound vindication of the additional funding being provided to Marine Rescue NSW by the NSW Government.”

Photos: The wooden trawler Wave Rider is engulfed in flames and burns to the waterline.