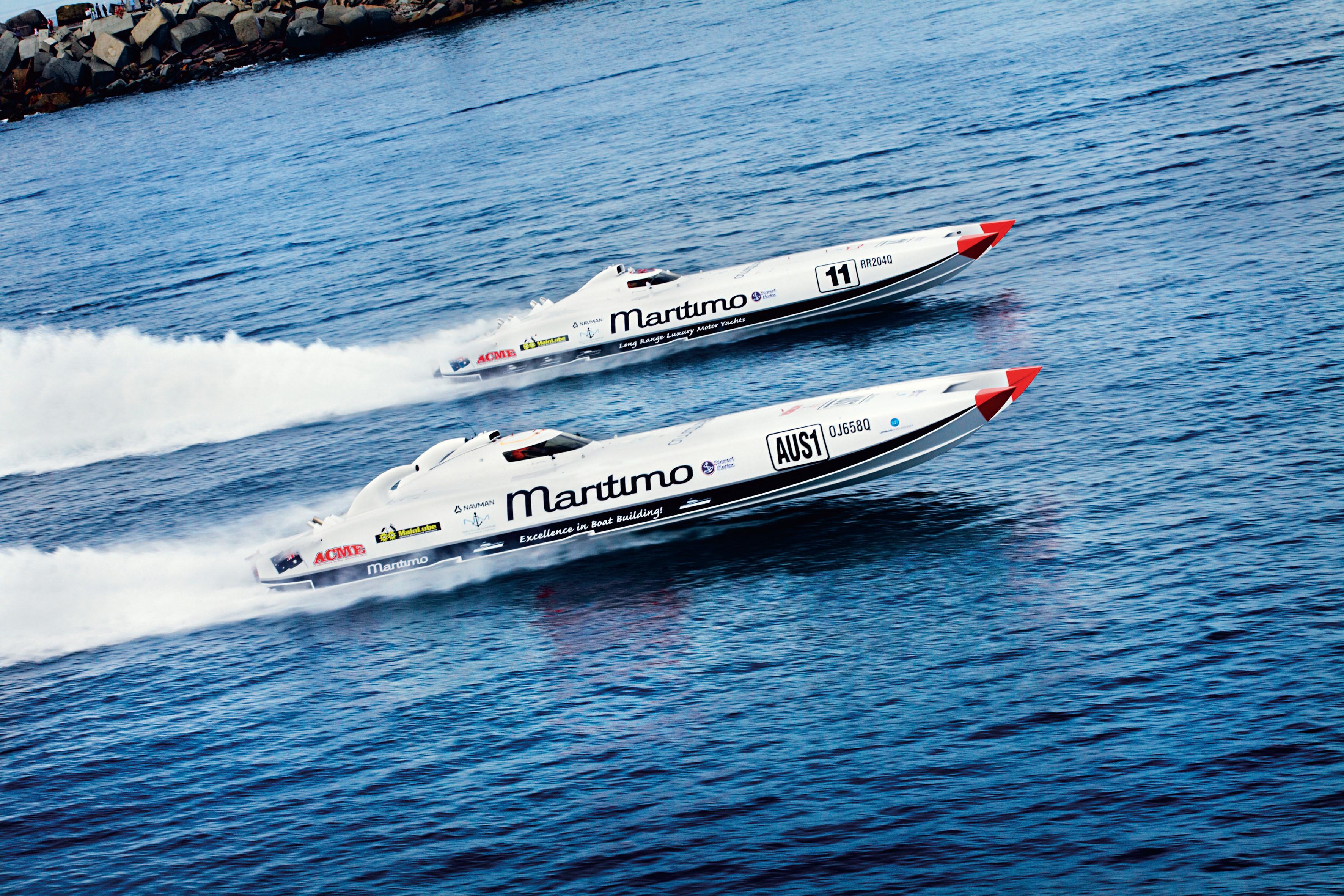 The Maritimo team of Luke Durman and Ross Willaton is currently leading the Australian Superboat Championship with three wins from three races.

“We are looking forward to taking on the best the US has to offer at the three-race series in waters off Florida,” said Durman.

The boat, designed by Michael Peters and maintained at the Maritimo factory on the Gold Coast, is powered by modified twin Mercury Racing 1075 SCi supercharged engines rated to 1200hp,
complete with SCS drop boxes and BPM surface drives to compete in the Unlimited Class.

Durman, Willaton and the entire race-team also work fulltime at Maritimo. In his day job, Durman is marketing director for the boatbuilder and Willaton works in the service division. Both have been with the company since it was founded in 2003.

The event will be Maritimo Offshore racing’s first foray outside Australia since the team’s campaign in the 2009 Class 1 World Championship.

“The US series is a very different atmosphere and attitude than the Class 1 World Championship,” said Durman. “It is every bit as competitive on the racetrack, but not as serious once the tools are down.”

Willaton is confident that the team will perform will in the waters off Florida. “We’re up against some serious horsepower and experience,” he says. “But we have shown in years past that we have the ingenuity within the team to compete at the top — even with lesser equipment and budget.”

Durman said the Maritimo team had decided to take the boat to the US championship both to give the team more international competition as well as to support the company’s dealer network in the US.

“The Maritimo brand is now well established in the US market, and Key West presents a great platform to market the brand,” said Durman. “We are also arranging a fleet of Maritimos to make the trip to Key West on the first Maritimo USA Muster. It’ll be a great thrill to race for them in Florida as we do in Australia.”

For further information, go to www.maritimo.co.au


PHOTO: Racing to the US — Maritimo Unlimited Class raceboats in action.