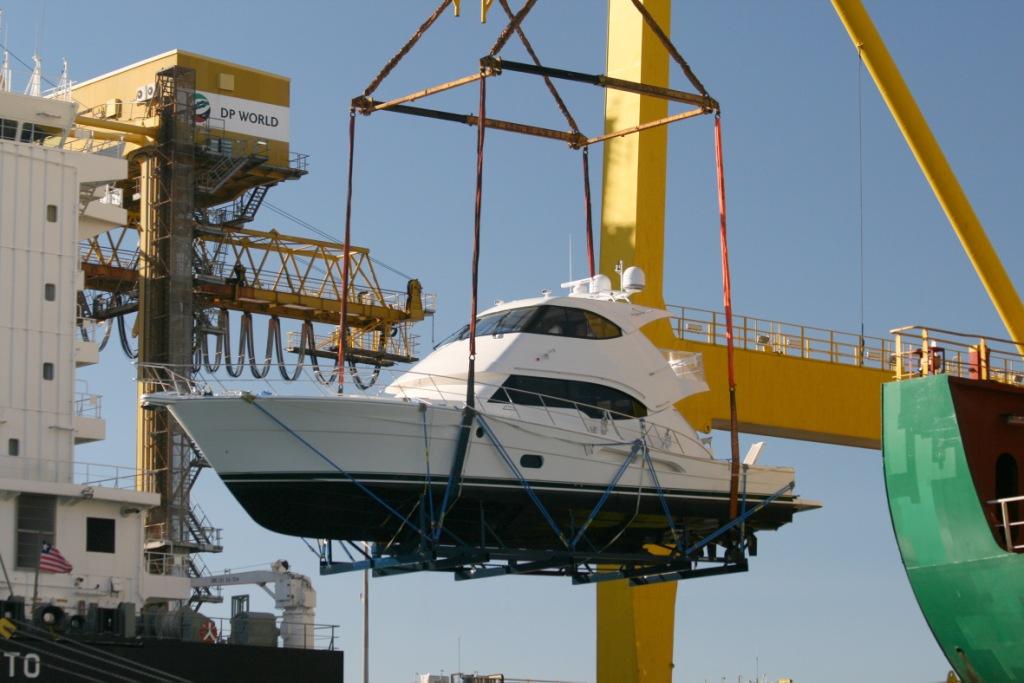 Riviera has just exported its first 70 Enclosed Flybridge for Europe. The 70’s homeport will be in Spain.

This latest 70 to leave the Riviera facility at Coomera, Queensland will also be on display at the 50th annual Barcelona International Boat Show, the largest boat show in Spain, held in November.

The 70 Enclosed Flybridge, hailed by the company as the most luxurious and technologically advanced Riviera to grace European shores boasts a cruise speed of 30kts and top speed of around 34kts,
depending upon engine options, and
a cruising range of 1000nm.

Since the 70’s official launch in August 2008, Riviera says it has built
and launched six of its new flagship 70s, which are customised builds rather than pure production boats.

“The 70 is ideally suited for long-range cruising and this boat will have a permanent skipper. It will be used full-time for six months of the year and being the first Riviera 70 to go to Europe, the long-term Riviera owner is happy to promote the 70 in Europe,” said Wrench.

“The beauty of this vessel is that it is a self-contained luxury waterfront home that can take you anywhere in the world. It has its own freshwater maker system that produces 285lt/h and twin generator sets to make all the power needed to live aboard, sleeping accommodation for up to 12 in four separate cabins each with their own en suite, an aft galley… centrally located between the cockpit and saloon and opens to the mezzanine alfresco dining area through a large awning window and stainless steel and glass door. The aft galley positioning can also easily serve the flybridge,” he said.

According to Wrench, the skipper came to Australia once during the construction phase and then for the sea trials prior to shipping and was impressed with the boat, saying it ran very well and the performance was in line with their expectations.

“The skipper said the overall quality of the 70 was extremely high and the owner would be very happy with the final result,” said Wrench.

Director of sales and marketing for Europe, Asia and the Middle East, David Taylor said the owner was from Switzerland but kept his boat in Gibraltar, at the mouth of the Mediterranean.

“During the summer months he spends a lot of time on his boat traveling throughout The Mediterranean. He fishes as well as entertains business clients,” said Taylor.

“He selected the 70 Enclosed Flybridge based on his past experience with Riviera, the layout, fit and finish, quality and the soft, dry ride he experienced with his pervious Rivieras, a 51 and 58 Enclosed Flybridge. Another reason he selected Riviera was the ability to customise the boat to his liking for business and entertainment, for instance the office, saloon layout, galley layout, extended flybridge, sun pads, and crew quarters to name just a few personalised changes.

Photo: The first Riviera 70 bound for Europe being loaded aboard a cargo ship.