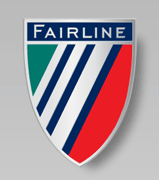 UK luxury motoryacht marque Fairline has been sold to Masco 30 Limited, a company formed between BECAP Fund LP and the Royal Bank of Scotland (RBS) specifically for the purchase of boatbuilder.

BECAP is the general partner of Better Capital Limited, an investment company based in British Crown Dependency of Guernsey in the English Channel.


Better Capital Limited announced that BECAP reached a formal agreement with the RBS, to acquire a majority stake in Masco 30 Limited, a new company set-up solely for the purpose of acquiring 100 per cent of the share capital of Fairline Boats Acquisition Limited and its subsidiaries (together the Fairline Group).

Under the agreement, West Register (Investments) Limited, a company wholly owned by RBS, will acquire a minority stake in Masco 30 Limited.

Fairline is a leading global brand specialising in the design, engineering, manufacture and distribution of luxury boats in the range of 38 to 80 feet. It sells its boats through an extensive independent dealer network in 69 locations worldwide and is headquartered in Oundle, Northamptonshire.

BECAP and RBS have committed £UK16.6 million and £UK3.9 million respectively to finance the transaction and to fund restructuring and working capital requirements. Nick Sanders, a member of Better Capital LLP, will join the Fairline Group board as chairman.

On announcing the acquisition, Derek Carter, CEO of Fairline said: “This investment will allow us to focus on three core elements paramount to our continuing success as a UK manufacturing business, being new-product development, the implementation of new build technologies and the support of further growth in burgeoning overseas markets.

“The investment allows our three-year model launch plan to be set in motion which includes the completion of our much awaited flagship, the Fairline Squadron 80,” he said.