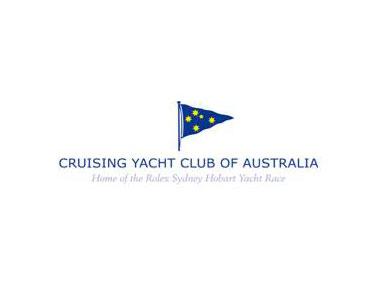 Commodore Garry Linacre today sent a message to all members of the Cruising Yacht Club of Australia informing them the Coronial Inquest into the Flinders Islet incident was held today before Deputy State Coroner Carmel Forbes at the Parramatta Local Court.

The report, prepared by the NSW Police, investigating the incident was formally tendered to the court. Included in that report was the Flinders Islet Yacht Race Internal Inquiry report* prepared by a Committee constituted by the CYCA board.

In handing down her findings, Deputy State Coroner Forbes was unable to make any recommendations that could prevent further accidents from occurring in the future and determined the official cause of death of both Andrew Short and Sally Gordon was drowning as a result of a boating accident.

Commodore Linacre took the opportunity on behalf of all members of the Cruising Yacht Club of Australia to emphasize the sympathies of the Club remain with the families of Andrew Short and Sally Gordon and re-emphasized his gratitude to the members of the Flinders Islet Internal Inquiry Committee chaired by Chris Oxenbould AO RAN (Rtd). The Coroner was made aware by counsel assisting her inquiry that the recommendations made in that report had been adopted by the Club.

He also stated: “Although this concludes the formal investigation into the incident which occurred in the early morning of 10 October 2009 resulting in the tragic deaths of Andrew and Sally, our memories of them both will last forever”.

The CYCA Internal Inquiry report into the incident can be found at the CYCA website. This report was shared with a number of interested parties when it was published in February 2010, including the families of Andrew Short and Sally Gordon, NSW Police conducting the official investigation, NSW Maritime, Marine Rescue NSW, Yachting Australia, Yachting NSW and yacht clubs around the country that share similar ocean yacht racing objectives.