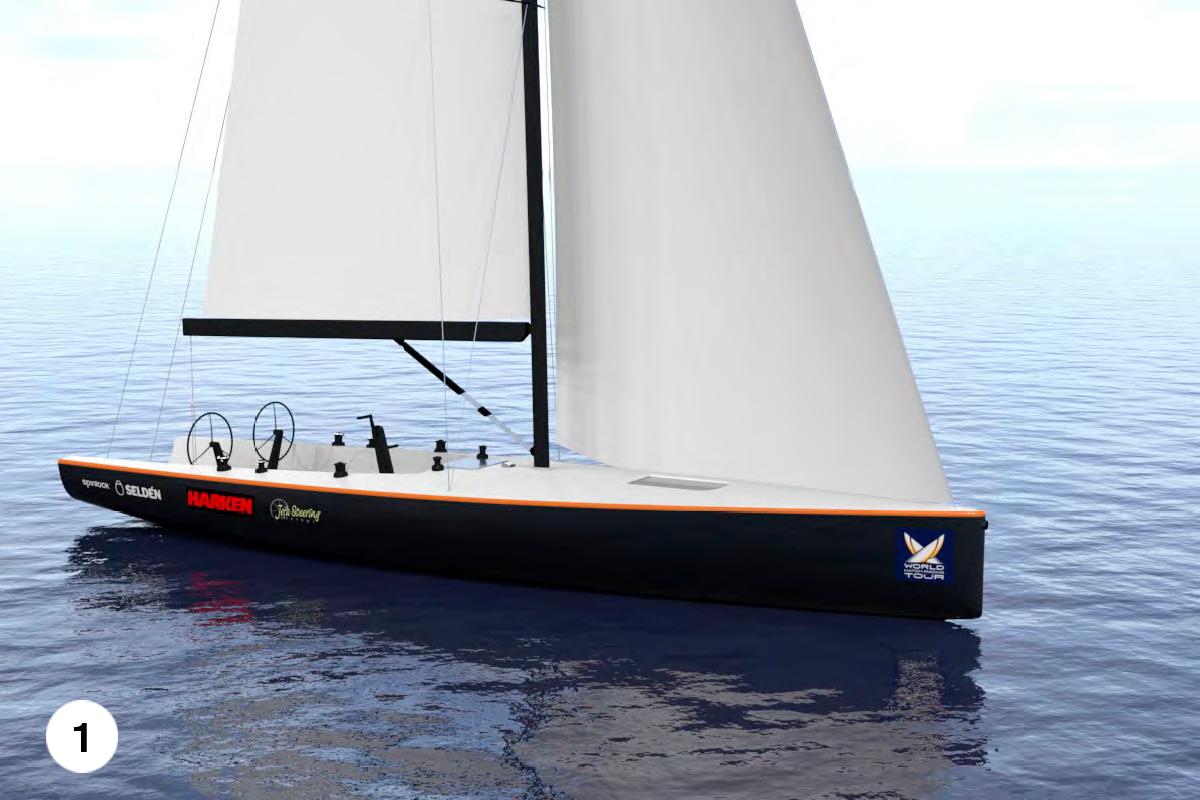 Two boat designs submitted by Australian-based boat designers Fred Barrett and Phil Kaiko are among the seven winning proposals that will be made available to the World Match Racing Tour’s host venues. The designs form a key part of the series’ wider development plan that will see a further six new venues added to its current calendar of eight regattas by 2013, Australia among them.

Barrett’s design, the FB-YD ‘Regatta XTR & XTR Pro’ Series and Kaiko’s design, the BlueBottle/RedBack/WhitePointer, are two of seven selected from 18 entries submitted by boat design houses around the globe.

The new host venues being added to the Tour will select which boat design best fits their needs while existing venues will also be given the opportunity to update their fleet with one of the new designs.

Sanctioned by the International Sailing Federation (ISAF) with Special Event status, the World Match Racing Tour (WMRT) is the pre-eminent match racing circuit in the world. Organisers said it attracts the leading sailors, who fight not only for the title of World Champion but also for $US1.75 million, the biggest prize purse in sailing.

The designers were presented with a tough brief, namely to create a robust, cost-effective boat that is capable of delivering exciting, tactical and fiercely-fought racing across a range of conditions, from variable winds to differing depths and unpredictable currents. The designers were further challenged by the fact the boats need to test performance sailors yet be versatile enough for corporate and club sailors to give venues a diversified income from them.

Hailing from the Tasmanian town of Margate, Barrett is from sailing stock and after graduating from the Australian Maritime College and picking up contracts here and there he received a job offer from Sparkman & Stephens in New York. Returning later to Australia he was project manager of Morning Glory, the first MaxZ86 CBTF canting keel maxi-yacht to be built in Australia. After that he signed up as part of the Telefonica Movistar team which competed in the 2005/2006 Volvo Ocean Race.

The brief gives designers the opportunity to make their mark in match racing and for Barrett it’s allowed him to channel a lifetime’s passion and experience. “The World Match Racing Tour project was a chance for me to channel a decade’s experience into a new design,” said Barrett. “I really felt myself rediscovering my passion for design as I worked on it.”

A graduate of the University of Michigan, Kaiko is now based in Fremantle, and is excited to be involved in the Tour as his career has previously been dominated by the America’s Cup. “I’m completely excited about the direction of the World Match Racing Tour and the style of events being developed,” he said. “It’s a great opportunity to develop something complementary to the other big sailing franchises.”

Kaiko is hoping to bring some of that know-how from the America’s Cup to the fast-growing match racing circuit. “This kind of boat is not dissimilar to America’s Cup. But it does have to be more forgiving because it needs to earn an income when not racing,” he explained.

This is why his design has three different versions and resembles a Lego-like construction. “Where you can pick and choose components like the keel or rig depending on the skill levels of the sailors,” he said. “For example, if you give the boat big sails it will be very responsive in light winds but overpowered in strong breeze. If you use a shallow keel, you can race the boats closer to shore —which is better for the spectators but has less stability.”

Barrett has also opted for a design which can be tailored to the needs of more than one venue and to control costs most has gone for a shorter 42-footer.“The design is long and light. With 93m of upwind sail area, the upwind performance is more than match racing adequate. The downwind performance will yield exciting tactical sailing.”

Both designers are aware that an agreement with one of the WMRT’s event promoters will give them the best possible shop window in which to exhibit their design. With various locations around Australia expressing a strong interest in becoming a venue, both Barrett and Kaiko’s designs could well be showcased in their own backyard.