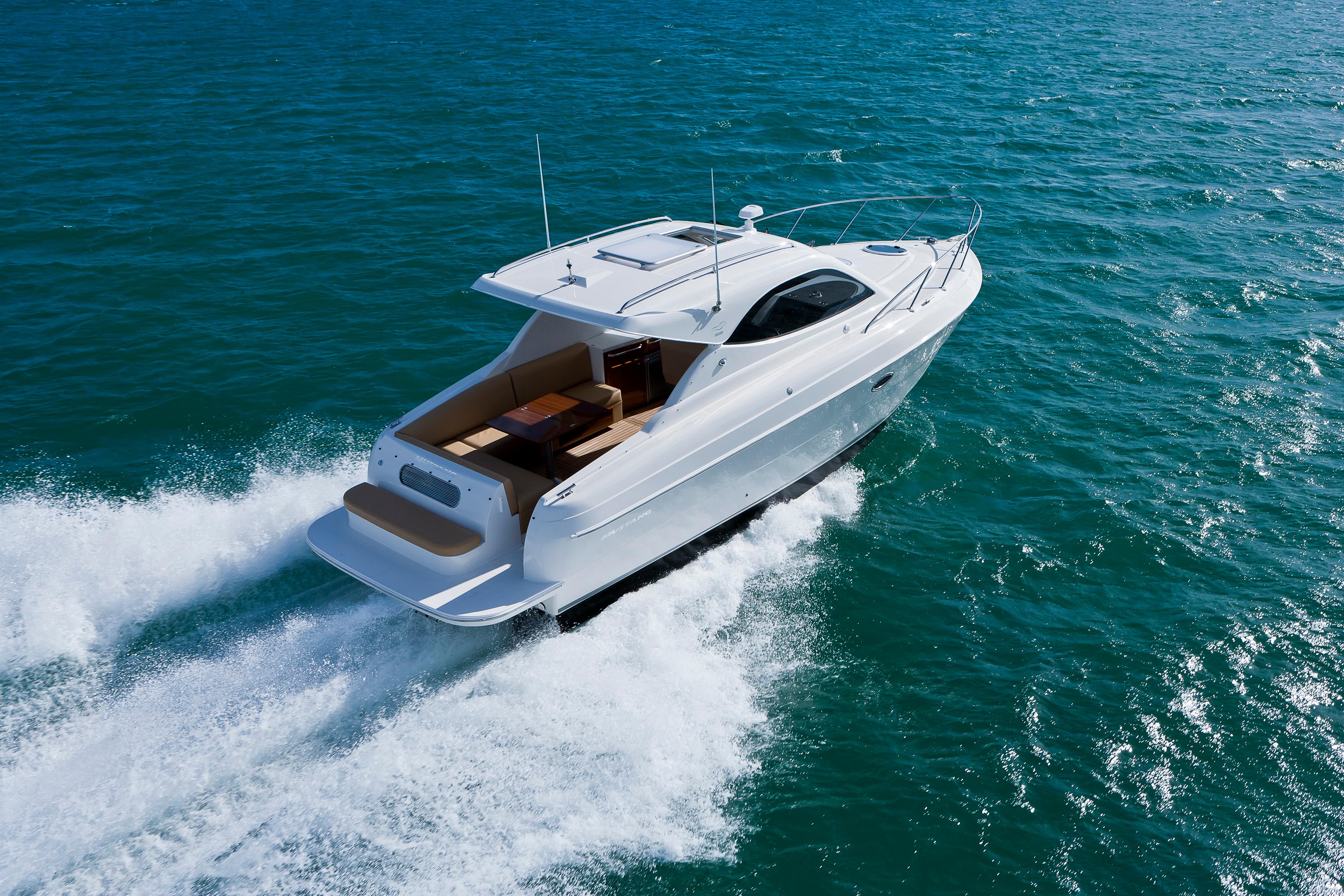 Mustang sales teams around Australia are buoyant following the launch of the new era 32 Sports Cruiser at the Sanctuary Cove International Boat Show, last May.

The factory at Coomera on Qld’s Gold Coast has already received nine orders from across Australia as well as overseas, management said.

“We have boats going to WA, SA, NSW and Queensland,” said Mustang’s Luke Durman. “We have also received orders from Singapore and South Korea.”

According to Durman, the Mustang factory was in overdrive to produce the new boats. “Most have been ordered with the MerCruiser petrol engine configuration,” he added.

The Mustang 32 is a two-cabin sportscruiser powered through a sterndrive driven by a single MerCruiser 8.2 Mag DTS Bravo petrol engine developing 380hp, with options for a Volvo Penta D6 diesel engine rated to 330hp or a Mercruiser QSD diesel rated to 350hp.

Trade-a-Boat editor David Lockwood described it as “one of the smartest small boats to hit the water in decades.”

Durman said: “We always believed that the 32 would be a success but even we have been surprised by this instant hit.”