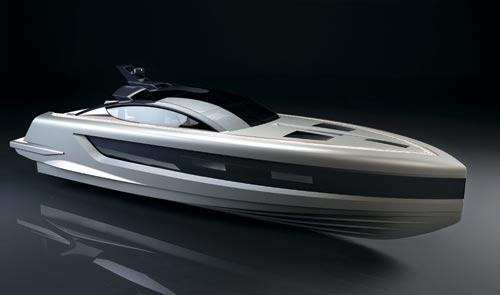 You would be something of a dunce not to realise that Danish Yachts is based in Denmark, but perhaps something of a lesser dunce if you were to ask, “Who?”

This niche Euro yard has so far specialised in one-off builds, with a handful of well-known projects completed in its 10-year history — think the J Class replica Ranger

Having just launched its latest baby — a 50-plus-knot 116-foot Moon Goddess update called Shooting Star, the yard has also revealed plans for a semi-production yacht called the AeroSpeed 18. Drawing on the design talents of Rainsford Mann Design, the AeroSpeed 18 is a 59-foot supersleek flyer projected to have a top speed in excess of 55kts; indeed, its inspiration comes from “the exclusive rarity, bespoke luxury and incomparable performance of supercars”.

Set to be offered with two guest cabins below, and an open living area up top, the AeroSpeed will have a full tender garage in the stern and will be built using the latest carbon-epoxy technology. Propulsion will come courtesy of twin MAN V12-1800 turbocharged common rail engines coupled either to waterjets or surface drives, and potential owners will be able to choose any colour they like for the hull and fittings.

Production will be limited to just 35 models — the yard has already sold two and construction is due to start later in 2011. Unfortunately, I am not one of the lucky owners… —
Tim Thomas

Renderings: The AeroSpeed 18 from Denmark Yachts.