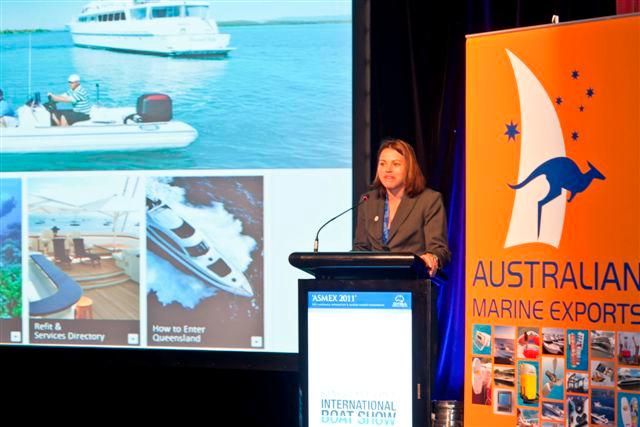 The inaugural ASMEX 2011 conference has raised a number of key issues seen as barriers to the growth of visiting superyachts to the region.

Superyacht Australia (SYBA) chairman, Barry Jenkins highlighted the economic value to Australia from the current superyacht industry and the additional value that could be gained by removing these impediments to growth.

Following the conference, ASMEX organisers said the focus will now be on reviewing:
* Charter industry regulations;
* Issues over the rules for superyachts of 35m in length in the Great Barrier Reef;
* Issues concerning the acceptance of experience gained overseas by Australian crew and the reciprocal recognition of international qualifications; and,

* How Australia can work collaboratively with its neighbours in the Asia Pacific region to attract more boats to cruise in these waters.

“It was hoped that the two days of discussion at the conference would lead to some clear direction to drive the future strategy of Superyacht Australia and to attract more vessels to our underutilised cruising grounds,” said Jenkins.

ASMEX said that key government officials attending the conference had taken these issues onboard and were keen for Superyacht Australia to have follow-up meetings to see how these barriers can be either removed or reduced. “This is a positive step forward for the industry,” noted a subsequent SYBA press release.

The focus of the conference was to highlight the issues facing the Australian superyacht and marine-export sectors, as well as profiling Australia and the Asia-Pacific region as an idyllic cruising destination for superyachts and an attractive alternative to traditional cruising grounds.

Peta-Kaye Croft, Parliamentary Secretary Assisting the Premier on the Gold Coast, launched the Queensland Superyacht portal www.superyachtsqueensland.com at ASMEX.
Conference officials regard the new website as a significant step forward for the Queensland superyacht sector. It provides a one-stop-shop for superyacht captains and owners who want to cruise Queensland, as well as highlighting the State’s superyacht capacity and capability for maintenance and refits.

SYBA CEO, MaryAnne Edwards said a number of delegates had expressed their appreciation for the opportunities provided by ASMEX to network with new contacts and were impressed by the calibre of delegates and their spread from across Australia and internationally.

“The Conference certainly provided an excellent and unique opportunity for these marine-industry sectors to network with their fellow colleagues from around the world,” said Edwards.