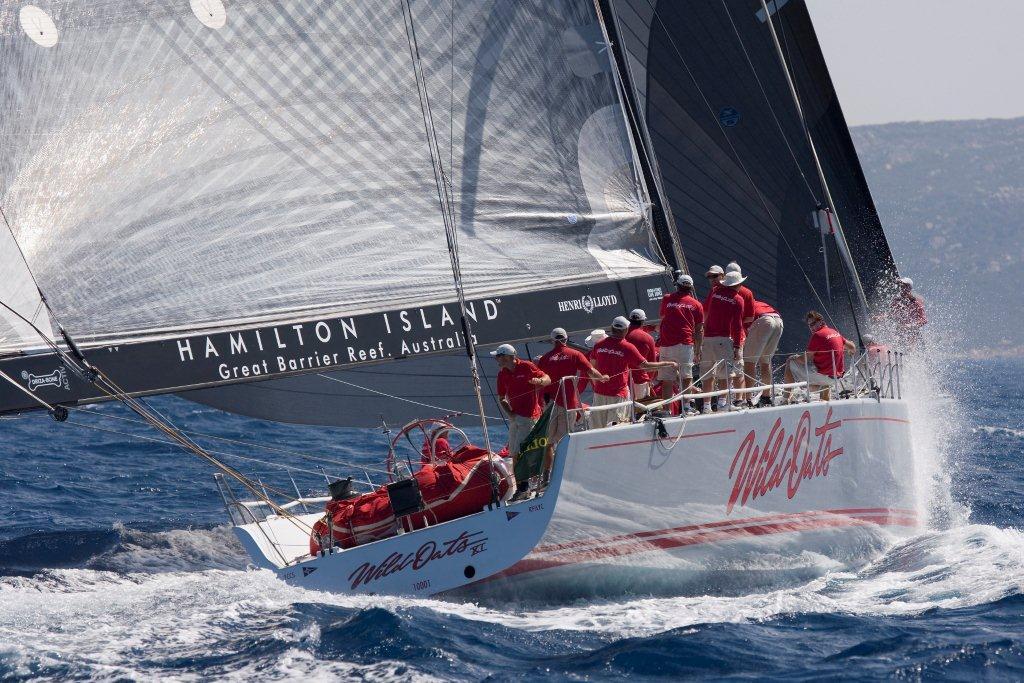 The Australian yacht has dominated the race in recent years, winning the 2010 edition to make it five successes in the past six runnings, with Alfa Romeo II interrupting the winning streak in 2009.


American George David has put Sydney Hobart line honours, and hopefully an associated record-breaking run, high on the agenda for the 30m offshore racer he recently chartered and renamed Rambler 100.

Originally known as Speedboat, Rambler 100 is recognised on the international sailing circuit as being unbeatable in the strong conditions that often prevail during the Sydney Hobart Race.

Since taking the reins, David has made modifications to the yacht and reportedly has her sailing better than ever. This was all too evident little early this month, when Rambler 100 took line honours and lopped almost four hours off the race record (previously held by the UK supermaxi Leopard) in the RORC Caribbean 600, a 600nm race out of Antigua that loops around a chain of Caribbean islands.

Oatley, the owner of Hamilton Island, is all too aware of these facts and the challenge Wild Oats XI will face in the Sydney Hobart Race. It has been a long-held dream for the 83-year-old to see his record-breaking yacht at least equal Sydney Hobart Race history by claiming seven first-to-finish crowns. Most line-honour victories are held by Morna/Kurrewa IV. Morna won three on end from 1946 to ’48 and renamed as Kurrewa IV, succeeded another four times in 1954, ’56, ’57 and 1960.

The sleek silver and red Wild Oats XI already has five of those seven wins to her credit, and also holds the fastest time for the 628nm course: 1 day 18 hours 40 minutes and 10 seconds, set in 2005.

Working closely with the yacht’s skipper, Mark “Ricko” Richards, Oatley has commissioned Wild Oats XI’s designers at the Reichel-Pugh office in America, as well as other yacht-design specialists, to research what can be done to turbo-charge his maxi for the showdown with Rambler 100.

Wild Oats XI is already out of the water and being prepared for surgery, however, while Richards has confirmed that a new keel will be fitted he has said little else.

“We are looking at every avenue, when it comes to making the boat faster. One thing we are definitely doing is running a computer analysis on a number of foil configurations,” explained Richards.

The latter point could be a clue as to what might be happening with the big boat. Wild Oats XI is a CBTF (canting ballast/twin foil design) concept, which means that she has a canting keel and foils (rudders) at the bow and stern. It is possible that when the yacht emerges from the builder’s shed mid-year, the forward rudder/foil will have been replaced by a retractable twin-centreboard configuration like that seen on Volvo 70 round-the-world racers.

One thing Richards is very definite about is the magnitude of the challenge that will come from Rambler 100 in the Sydney Hobart Race.

“The result of the… race this year will depend on the conditions we get,” said Richards.

“You are dealing with two totally different boats here: Rambler is a brute of a boat, when compared to Wild Oats XI.

“She’s far more powerful and carries about 20 per cent more sail. In fresh, reaching conditions they will be gone — we won’t see them — but in the light to medium stuff we should be okay. I also think that there won’t be a lot in it if we get strong southerly headwinds.

“The one thing for sure is that it’s going to be an incredibly exciting clash,” he said.

The extent of the modifications to Wild Oats XI will be revealed in July when she’s relaunched. She will contest the Audi Sydney-Gold Coast Race at the end of that month before heading for Audi Hamilton Island Race Week, scheduled for August 19 to 27.