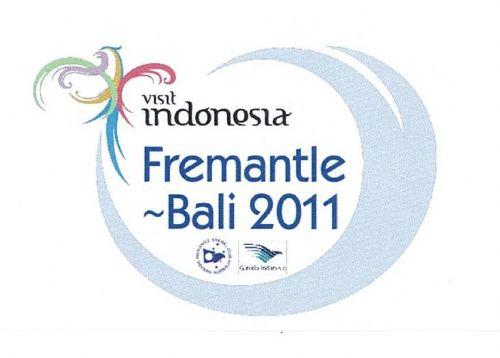 Yesterday marked the start of a new era of big-boat ocean racing in Western Australia with the official launch of the Visit Indonesia Fremantle to Bali 2011 event hosted by Fremantle Sailing Club (FSC).

FSC’s vice commodore, Kaye Riseley, announced Visit Indonesia as the major sponsor, through a five-event partnership with the Indonesian Government’s Ministry of Culture and Tourism, starting in 2011.

“After months of planning, Fremantle Sailing Club is thrilled to be officially announcing the return of international ocean racing to Western Australia – after a gap of 14 years,” said Riseley.

“In partnership with the Indonesian Government’s Ministry of Culture and Tourism, we look forward to the race becoming the premier offshore sailing event on the Western Australian sailing calendar and possibly even being known as the Sydney to Hobart of the West.

“At 1440nm, the event is more than two-and-a-half times the distance of the Sydney to Hobart, so it will be a real challenge for competitors,” she said.

The Indonesian Government’s Consul General for WA, Syarief Syamsuri, expressed enthusiasm and support for the event.

“We are pleased to be participating with the Fremantle Yacht Club for the Fremantle to Bali 2011 Race and look forward to the opportunity of promoting our beautiful country to sailing enthusiasts and welcoming competitors to Bali,” said Syamsuri.

“We believe the event will assist in promoting positive relationships between Australia and Indonesia through sporting links, and also through an event that truly symbolises a connection between our two nations,” he said.

Next year marks the 30th anniversary of the first Fremantle-Bali Race. The event has not been held since 1997 and the FSC looks forward to bringing highly competitive international big-boat racing back to Perth.

Event patron and Australian yachting legend Rolly Tasker competed in the first Fremantle to Bali race in 1981 and still holds the record time of six days, 15 hours and 39 minutes in his yacht Siska.

Fremantle mayor, Brad Pettit said the event would be a great boost for the local economy.

“The Fremantle to Bali race represents great opportunity for Fremantle businesses and residents. We look forward to welcoming competitors and showing them the delights of our great port city,” said Pettit.

Depending on the weather, the fleet is expected to start crossing the finish line at Royal Bali Yacht Club from April 29.