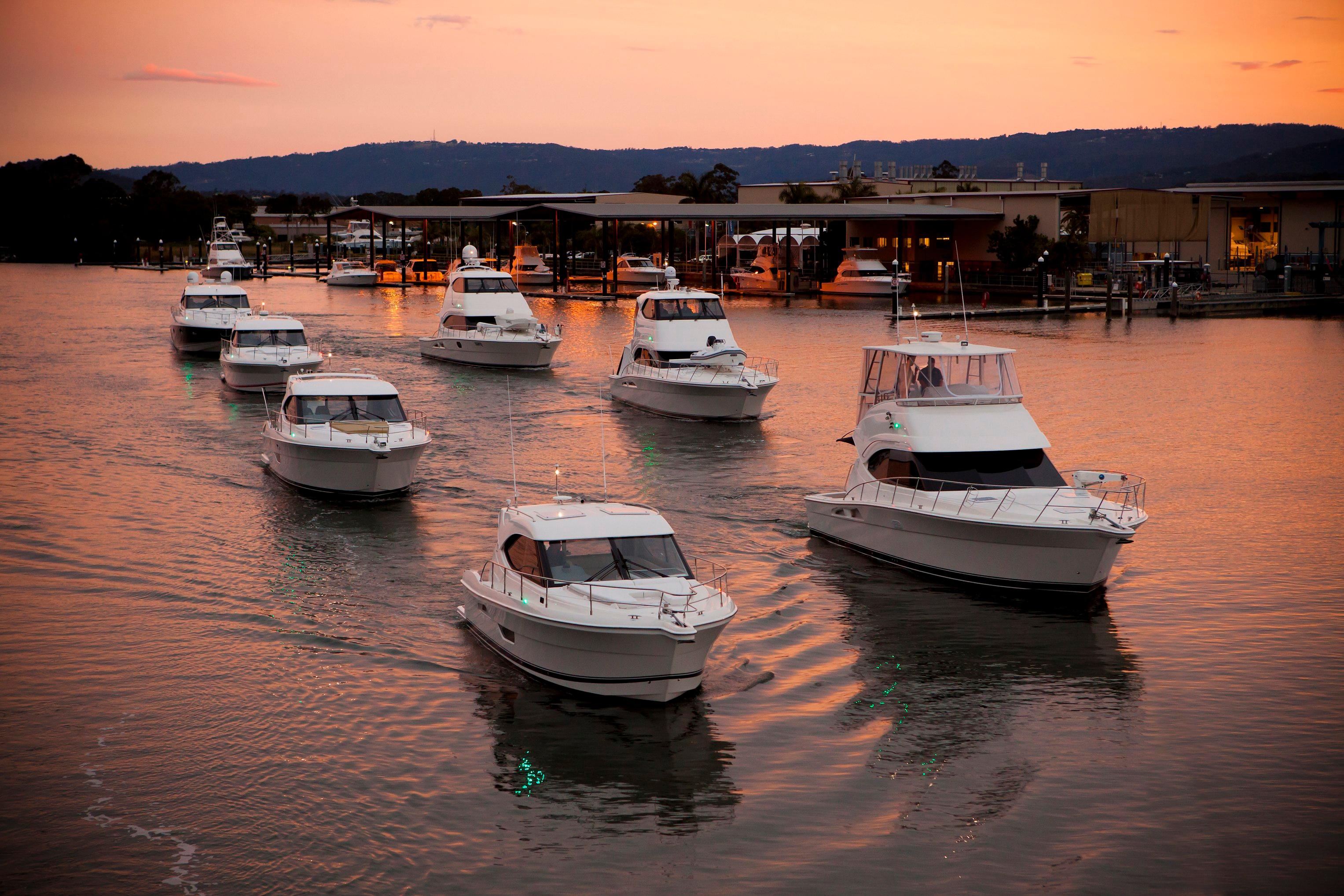 Already on day one, the fleet have battled heavy sea conditions in 25-plus-knot winds during its trip to Sydney and sought shelter in Coffs Harbour until the weather improves.

Skipper Neal White, a seasoned Master 4 mariner with more than 30 years experience, travelling on board Riviera 56, Investigator V, said they had a good run from the Gold Coast to Cape Byron, but from Cape Byron to Evans Head the seas picked up.

“This vessel runs very well, it’s been around Australia and it’s just a pleasure to drive,” White said.

He and his deckhand were held up in Coffs Harbour for one day but continued their voyage to Sydney when the weather improved.

“I have been at sea all my life since I finished my trade when I was 19 and I have to be very cautious on the water because you don’t get second chances,” said White.

Riviera will also showcase the new 43 Open Flybridge for the first time in Sydney, after making its world debut at the Sanctuary Cove International Boat Show in May, where the company said nine of the model sold in just four days.
Riviera will also feature a 13-boat display with models from the Sport Yacht, Flybridge and Offshore Express ranges valued at more than $18 million.

Riviera said it will unveil its latest new design for the first time at a press conference at the Sydney International Boat Show on Thursday morning, July 29.

“Riviera’s team of designers are continuing to develop new models across our award-winning range to meet the needs and expectations of our valued clients,” Anderson said.

“This month we added a new production line to meet growing demand for these latest new models and I expect they will be well-received by the Sydney market.

“Riviera looks forward to showcasing some of Australia’s best boatbuilding skills and the success of our new models is testament to the pride we take in our craft and our dedication to producing a quality product,” he said.

Riviera said it will have the single largest display with 14 vessels on show, covering 2650m².
Riviera’s floating display will be located on southern end of the Cockle Bay Marina, Darling Harbour from July 29 to August 2.

Photo: The fleet of seven Rivieras set their course for Sydney.