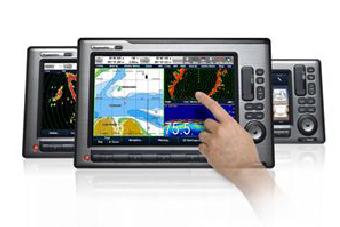 The E Series Widescreen with HybridTouch, which was previewed during the autumn international boat shows has received a huge response from dealers and customers, Raymarine said.

The E Series Widescreen HybridTouch system will make its Australian boat show debut in May at the Sanctuary Cove International Boat Show (SCIBS) and is the first multifunction display to offer HybridTouch technology, giving users the choice of touchscreen or hard-key operation.

Also making its Australian debut at SCIBS will be the Raymarine HD Digital Radome.
Radar target detection has undergone massive changes in the last year, thanks to the introduction of High Definition Digital technology, said the company, adding:
“Now the superior benefits of these new systems are available to even more boaters, with the launch of Raymarine’s new HD Digital Radomes.”

According to Raymarine, compact domes are the most popular radar antennae for the majority of power and sail boats throughout the world, and now these boat owners can benefit from the latest radar technology with its new 18in and 24in HD Digital Radomes.

Available in two sizes — the GB150 (15in) and GB170 (17in) are described by the manufacturer as large, ultra-bright, sunlight-viewable colour displays offering multiple display combinations for every navigational scenario.
“LED technology ensures the best visibility in all light conditions.
The ultra-sophisticated styling will please even the most discerning owner or captain,” Raymarine said.