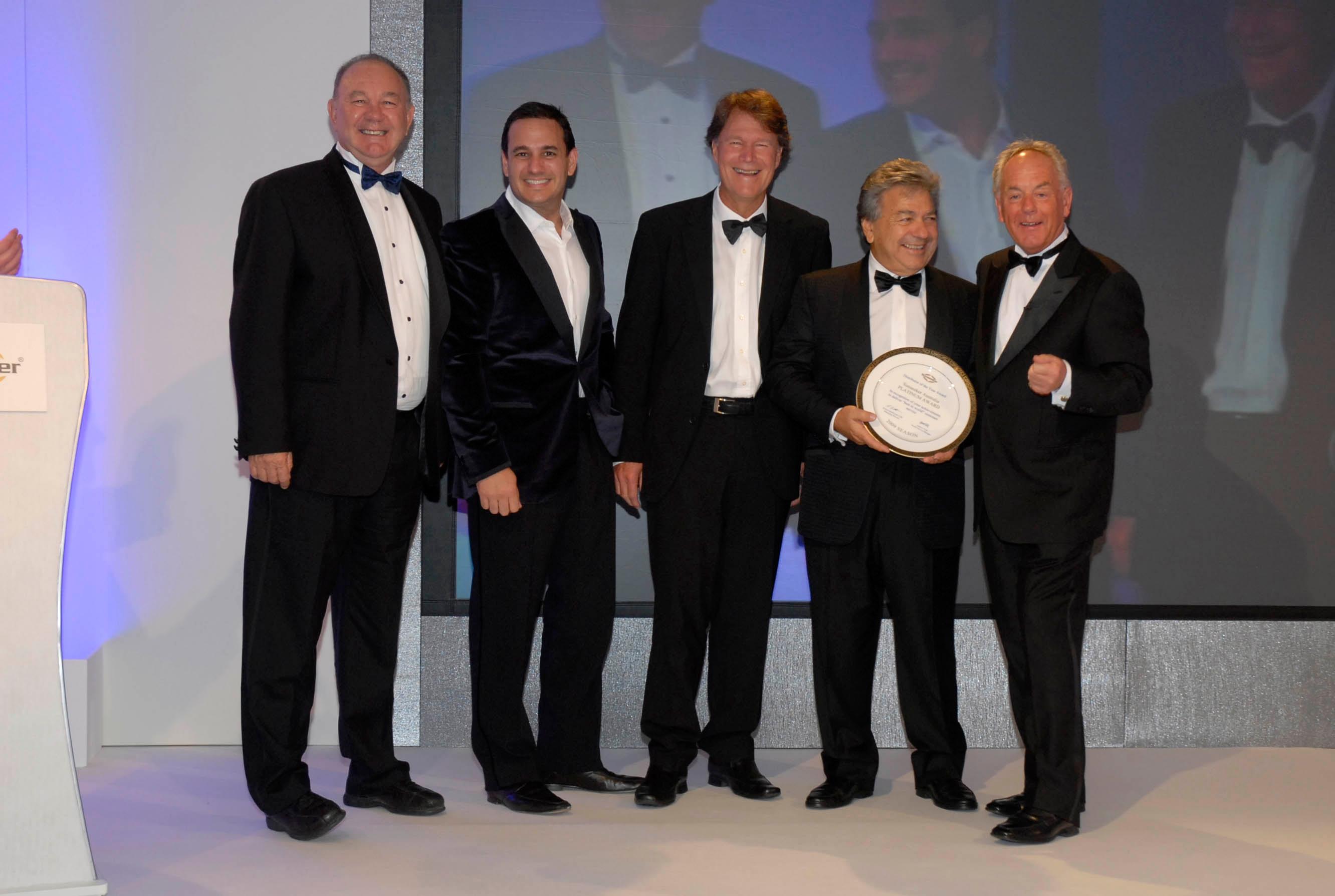 Sunseeker Australia has been awarded the top accolade of ‘Worldwide Distributor of the Year’ for the fifth consecutive year from the UK luxury boatbuilder.

The Australian team was honoured with the ‘Platinum Award’ presented by founder and danaging director of Sunseeker International, Robert Braithwaite CBE, at the recent Annual Distributor Conference in Ireland.

Sunseeker says it has offices in France, Spain, Monaco, Italy, South Africa, America, The Channel Islands, and Australia, and every distributor is judged for the award on a strict set of criteria that levels the playing fields worldwide. The award is presented in recognition of Sunseeker Australia’s achievements to deliver ‘Best in World’ customer service in 2009.

Sunseeker Australia managing director, Alf Barbagallo said: “It’s a team approach and we couldn’t have achieved this without the hard work and commitment of our skilled Australia-wide service team, as well as the many individuals involved behind the scenes on whom our name and reputation depends on. Also, our working relationship with Sunseeker International plays an integral role in the success of the team.

“The Sunseeker family continues to grow each year. The feedback from our customers is always appreciated and it is with this information that we strive to pursue both product and service excellence,” he said.

Sunseeker Australia said the Platinum Distributor Award follows another highly successful period for the market with a series of new releases into Australia.