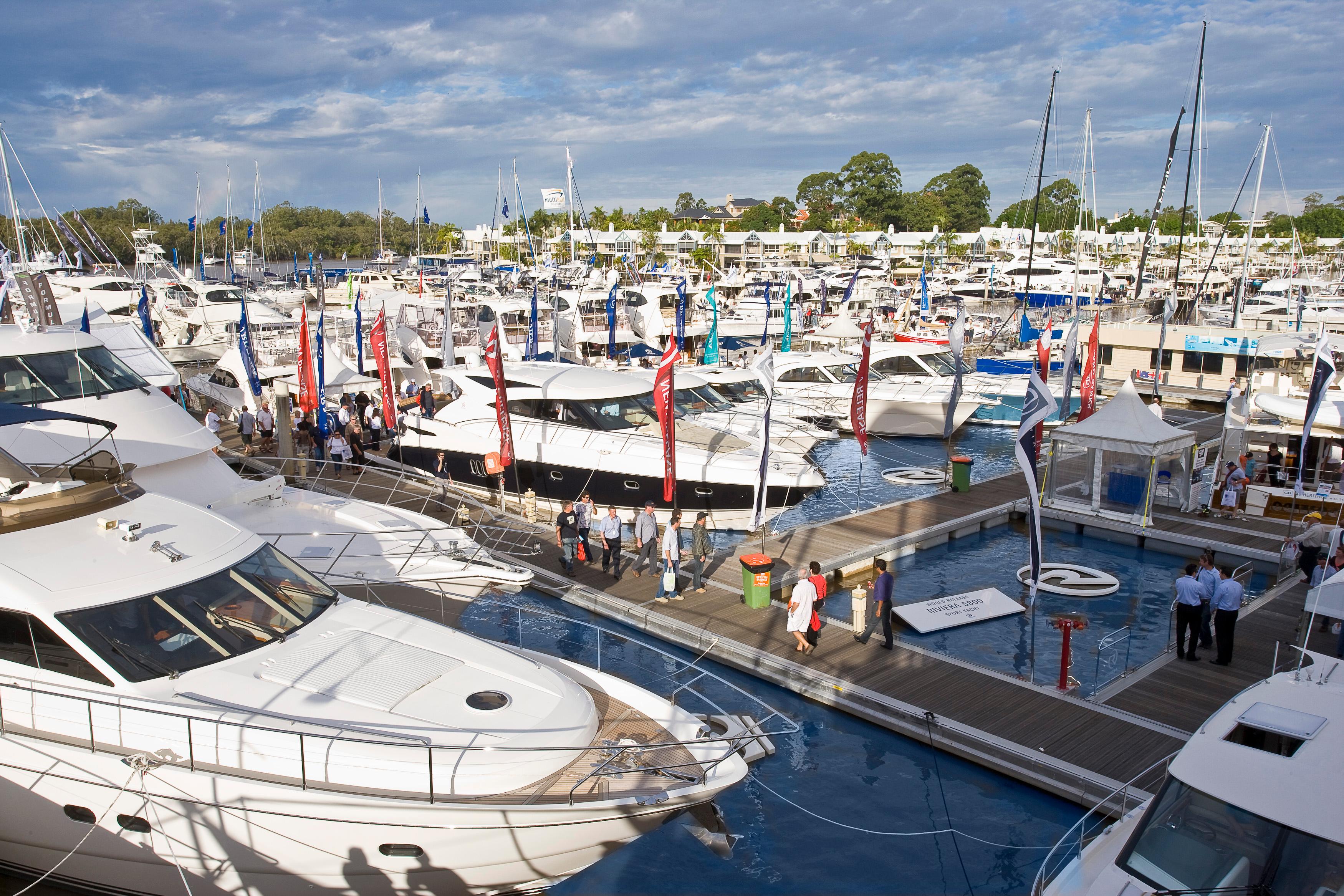 The 22nd Sanctuary Cove International Boat Show (SCIBS) has attracted an array of world and Australasian marine product launches in the lead-up to the May event, organisers said.

At a media launch today, SCIBS confirmed more than 35 world and Australian new product launches — with months yet to go before the May 20 to 23 annual event.

“We are delighted that Australian and international exhibitors have chosen the Show as the site for their world or regional marine product launches,” said SCIBS general manager Barry Jenkins.

Exciting new boats displayed for the first time include the world release of Mustang’s 550 Sports Euro; the world release of the Cordova 48 semi-displacement motor yacht by Clipper Motor Yachts; the Asia Pacific launch of Fountaine Pajot’s Summerland 40 Trawler power catamaran and the Lipari 41 sailing catamaran; and the Australian launch of the Fleming 65.

SCIBS said Maritimo has an impressive 13-boat, on-water display headlined by the world release of the Maritimo 47 Sports Cabriolet with Volvo Penta IPS drives and the world launch of the 470 Offshore Convertible sportfisher. The combined value of Maritimo’s 13-boat display is said to be $A20 million.

Australian boatbuilder Montebello will use Sanctuary Cove to launch onto the world market its 12.5M sailing catamaran and 12.5M Coupe power catamaran.

Other new products to debut at SCIBS include the world release of the Argus E35 displacement power catamaran and the Australian release of the Silverton 36 Convertible.

Australian launches of leading sailing brands include the Bavaria Cruiser 32, the Dragonfly 35 Swing Wing Trimaran, the Hunter 39, and the Scandinavian Cruiser 20.

“This year we have introduced some new components of the 2010 Show and that is drawing support from exhibitors,” said Jenkins.

In an Australian first at a boat show, SCIBS there is a dedicated sea-trial area. Exhibitors can book a berth on the sea-trial dock within the marina display area. The opportunity is restricted to one berth per exhibitor with a limited number of berths up to 45ft and some berths possible for longer vessels, depending on configuration.

SCIBS said it has had strong bookings in its three large pavilions plus exhibitor confirmations for hardstand displays through the waterfront Marine Village.

SCIBS said Harken is launching in Australia its new Radial Winch Line. The range is said to combine advanced technology and materials offering weight reductions of between 20 and 50 per cent, and allowing smaller winches to carry higher loads while speed-gripping surfaces reduce line wear.

Australian communications company GME releases in Australia at SCIBS the GR200 AM/FM radio, which is the sequel to the GR100. Other world releases include M Melfi Designs’ new series of helm chairs; Marine Airflow’s launch of the Australian-made SS Marine Air Damper designed and built on the Gold Coast and Outback Marine Australia’s new range of marine refrigeration units.

SCIBS is held at Sanctuary Cove from Thursday, May 20 to Sunday, May 23 at the Gold Coast.

Organisers said other initiatives for the 2010 event include a Prestige Brokerage and Charter Display, where only accredited marina brokers and dealers will be invited to exhibit within this dedicated display area on the marina. SCIBS said the new category means there will be more high-quality 15m-plus vessels, some valued at more than $A1 million.

In other news, SCIBS said it will stage a breakfast open to the public on Friday, May 21. The Gold Coast City Marina’s Australian Marine Industry Breakfast features Thom Dammrich as guest speaker. He is the president of the National Marine Manufacturers’ Association (NMMA) and president of the International Council for Marine Industries (ICOMIA).

Boat Show tickets will be available online from late February. During the Show, there is no on-site public parking, however, streamlined transport options include Park ‘n’ Ride, water taxi and ferry transfer, helicopter transfer, and limousine and taxi drop off.