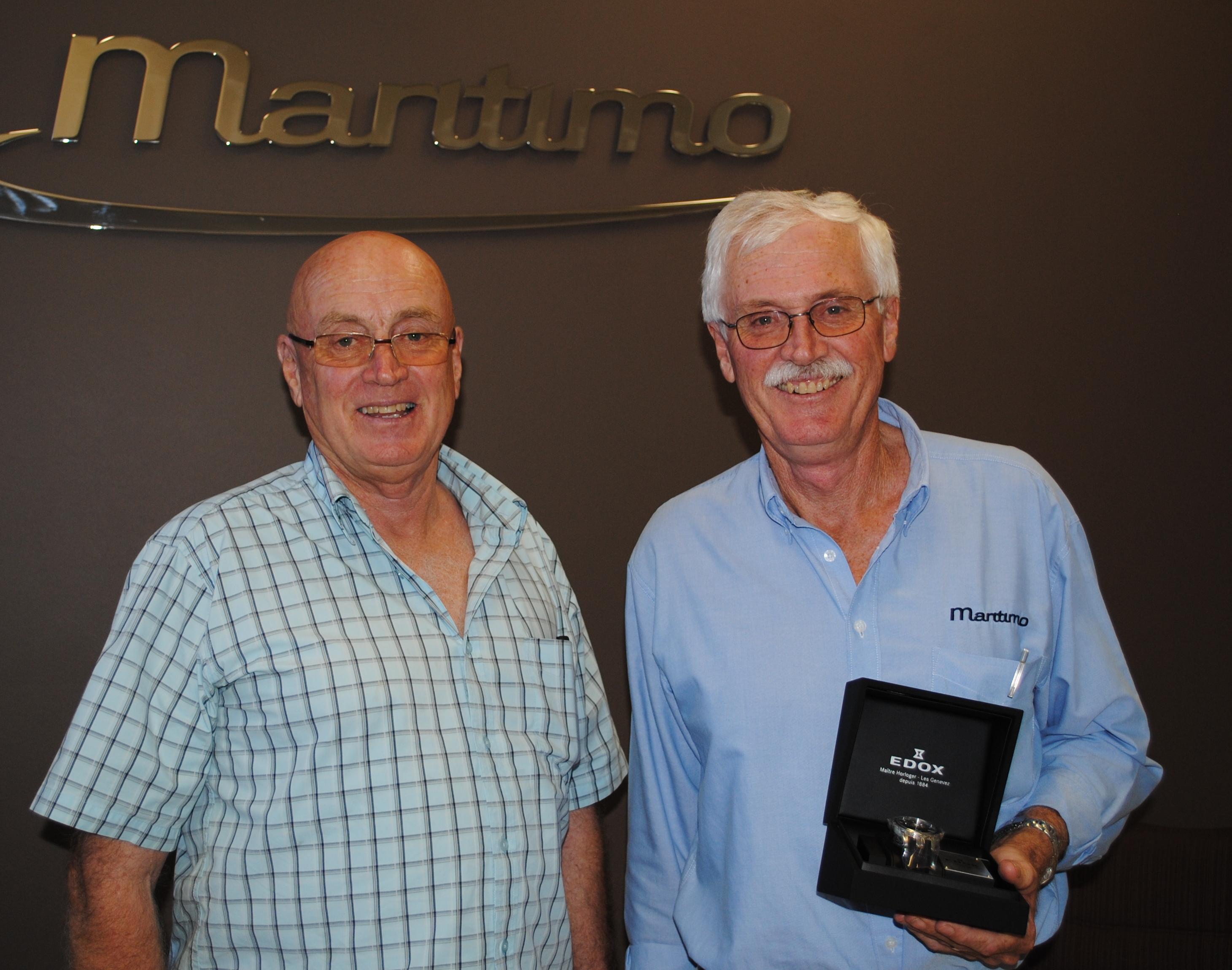 Kendal Barry-Cotter, younger brother of Maritimo founder and CEO Bill Barry-Cotter, has announced his retirement from the luxury boat-building company.

“Bill is a legendary boatbuilder,” said Kendal, who has worked with his bother since 1986 and played a vital role at the company in financial administration. “My job was to make sure every boat was costed correctly and keep Bill informed about our margins.”

According to Bill Barry-Cotter, Kendal’s role was critical in keeping Maritimo profitable, particularly during the past two years.

“He could tell me if a new concept was viable,” said Bill. “He would show us where and how to save money and deliver the best quality and the most competitive prices. We will miss Kendal, but he has also handed down a wealth of knowledge to our team who can now pick up the reins.

“They have big shoes to fill,” he said.

Kendal said he cherished the opportunity to work alongside Bill as Maritimo grew from lines on a piece of paper to an award-winning first model.

“They were heady days,” Kendal remembers. “We launched into a very competitive business with a new idea. This would be the boat Bill always wanted to build. Our market research told us the market also wanted it. And the results have proven us right.”

Kendal had his own sail-making business in northern Sydney and successfully raced sailboats before joining Bill.

“Brian has worked with us for 12 years and was instrumental in quickly gaining a public profile for Maritimo when we launched seven years ago,” said Bill.

“The launch of Maritimo was one of the highlights of my career,” said Brian. “It was extraordinary to be a part of a new company, a new brand and a new concept of long-range cruiser.

“One of the secret’s of Bill’s success is that he values experience very highly. He has a team around him who, collectively, have hundreds of years of boatbuilding experience. He could not have taken Maritimo from an idea to a world-renowned brand in a few short years without them,” he said.