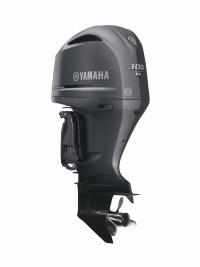 “Lighter, faster, stronger,” says Yamaha adding that these three words are generating red-hot excitement in the marine industry following the release of a new generation of its outboards.

Dubbed “Game Changers” in the US market, Yamaha said these engines have been built using innovative new material and processes bringing a fresh approach to the design of this next generation of outboards.

“This new generation of V6 outboards has been developed to continue Yamaha’s enviable reputation for reliable and powerful offshore engines while stepping up performance and innovation to a new level,” said the company.

By using a highly-advanced, thermally-applied plasma fusion process on the cylinder walls, Yamaha said its new line of V6 Offshore outboards now have cylinder walls that are 60 per cent harder than steel, which means larger cylinder bores for increased displacement, resulting in more power and torque without increasing outer cylinder dimensions.

Yamaha said that more grunt from larger capacity means a lower 1.75:1 gear ratio has been employed on these engines, allowing the new offshore V6s to spin a larger propeller for better holeshot performance while the variable camshaft timing provides crisp acceleration and great fuel economy right through the rpm range.

The F300, F250 and F225 are said to utilise state-of-the-art fly-by-wire control systems ensuring smooth throttle operation and responsive performance while also providing secure and reliable shifting. “The engines also feature a patented shift-dampening device that eliminates the noise that sometimes occurs when engines are shifted in and out of gear,” explained Yamaha.

The manufacturer added its new V6s are compatible with brand-new instrumentation in the form of a 5in colour LCD screen with a range of display options for the outboard and the boat — the display has the ability to connect and display information from up to three engines.

NEW FOUR-STROKE F70
Yamaha said that when the class-leading F60 was released, customers hailed it as one of the finest outboard motors ever produced.

“Brilliant fuel economy matched with great torque and power meant market-leading versatility. Just when the competition thought they were getting close to catching this rocket, Yamaha has struck another ‘blow to the mid section’ of the outboard market,” it claims.

The new F70 is a further development of the F60, sharing the same displacement and stroke. Yamaha says the engine is lighter than any competitive four-stroke or direct injected two-stroke motor in the 70 to 75hp class.

“The F70 achieves this by its unique four-valves-per-cylinder design activated by a single overhead camshaft rather than the conventional dual camshaft design for 16-valve engines. This reduces the weight that would result from having an extra camshaft and the components that go with it,” said the company.

“For a remarkably light engine, the F70 punches well above its weight. Four valves per cylinder have dramatically increased this engine’s volumetric efficiency — the efficiency with which the engine can draw fuel and air in and push exhaust out of the cylinders.

“Increasing this efficiency means the F70 is able to run at a higher rpm with the max operating revs being increased to 6300rpm. The resulting top-end performance will be great for boaters who want to get to their favourite spot first,” said Yamaha.

Yamaha added that all outboards are available with the Protection Plus package that allows customers to access extended service protection, Yamaha Marine Insurance as well as DatadotDNA theft protection for more confident and worry-free boating.

Photos: The 4.2 litre Yamaha F300. There’s no replacement for displacement when it comes to big horsepower offshore motors, says Yamaha; The new Yamaha F70 has increased volumetric efficiency for a great top end.