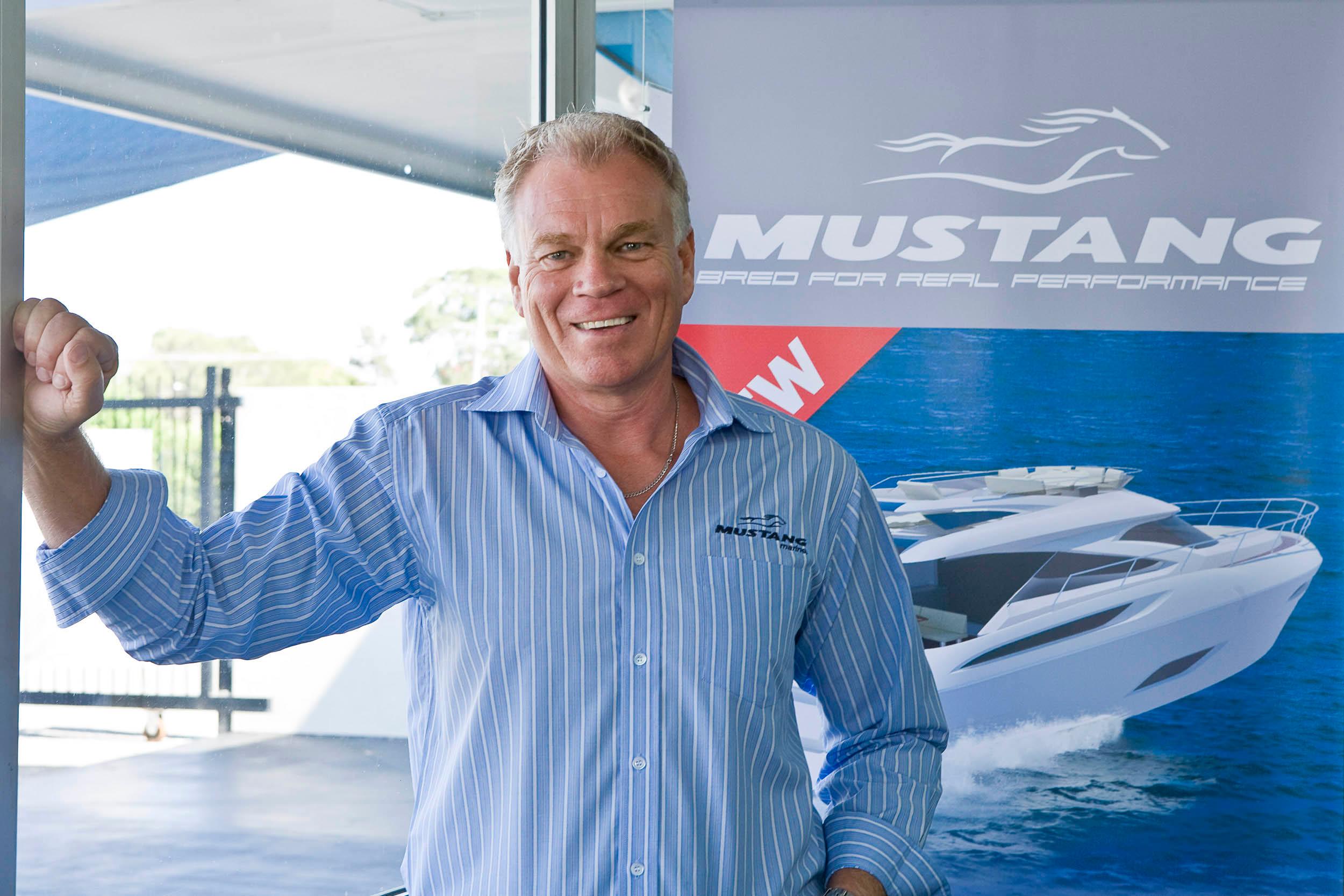 MMQ is moving in an exciting new direction appointing Carl and an entirely new team at the dealership, said the builder, adding that Carl’s wife, Debbie Kellett, will be overseeing the administration and a new sales team put in place over the coming weeks.

Chris Heaton, CEO of Mustang Marine said: “It’s an exciting era for Mustang and appointing Carl Kellett and a new team at the Queensland dealership is an important shift for the company.

“The Mustang brand and customer service will be taken to a new level, which will ensure we continue to build strong relationships with our existing Mustang owners and potential owners,” he said.

Mustang Marine said Carl possesses 30 years marine industry experience and will bring a wealth of erudition and familiarity to his new role.

The boatbuilder said Carl’s career began in 1975 as an automotive marine technician and he continued to develop over the years reaching new heights in 1997 when he moved from New Zealand to Australia after being appointed managing director for Genesis Marine. After his 10-year tenure with Genesis Marine, Musttang said Carl moved up-field to Maritimo Offshore before taking the role of general manager for Horizon — Boats International.

In a recent interview, Carl said his main priorities are to restructure MMQ and orchestrate the re-birthing in time for the release of the new Mustang model range prior to the Sanctuary Cove International Boat Show 2010.

Mustang Marine said it has, over the course of the last 22 months, been re-establishing its Australian and NZ dealer network, which has seen the company take on the role as the Mustang dealer in Queensland, NSW, Victoria, and Auckland. WA is still operated by Freedom Marine. This, said the company, has been a process that has taken time, but has been educational.

“We now feel much closer to our customers, which has opened up the lines of communication and given us a clearer view on what our extensive customer base are wanting” said Heaton.

This new appointment is the latest for Mustang and comes on the eve of the launch of the new 2850 Sports Cruiser.