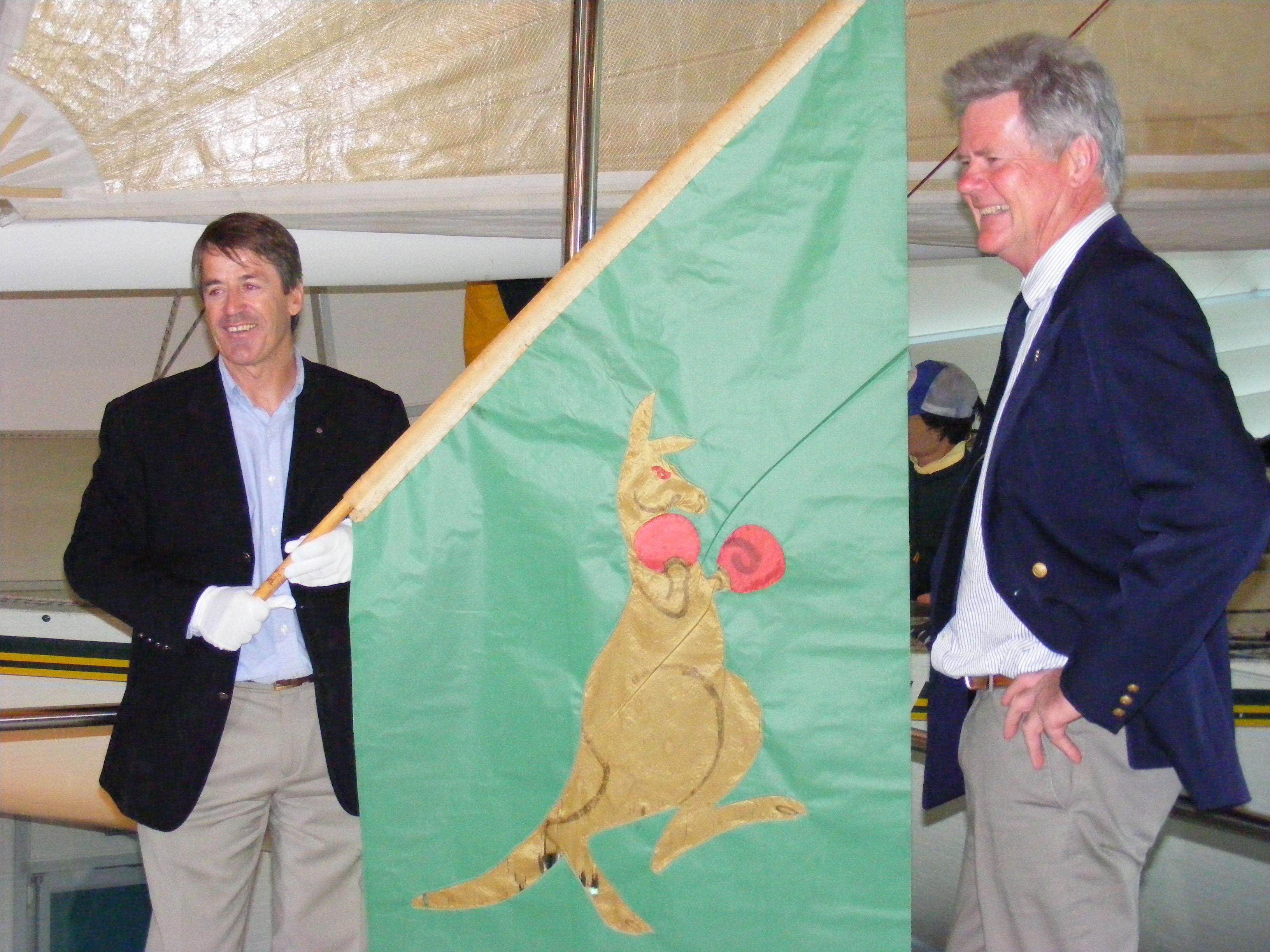 After 26 years on American soil the original Boxing Kangaroo flag, made famous by Australia II when it won the historic 1983 America’s Cup, returned home to Fremantle last Monday.

The flag was recently discovered hanging in O’Brien’s Bar in Newport, Rhode Island, by Longley, Australia II’s project manager and winch grinder in the ’83 America’s Cup.

Twenty-six years to the day, Lissiman, Australia II’s trimmer had the honour of accepting the flag from the O’Brien’s Bar owner Tom Regan in Newport.

In recognition of the flag’s arrival, Lissiman presented Tom Regan with a new Boxing Kangaroo flag signed by the 1983 crew.

The Australian Olympic Committee, which owns the rights to the Boxing Kangaroo, agreed that the original flag should be donated to a museum of the crew’s choice.

Longley and Lissiman chose to present the prized flag to the Western Australian Museum – Maritime in Fremantle.

“It is fitting to have the flag in the WA Museum’s collection, as Australia II is housed at the Maritime Museum,” Lissiman said.

“The flag has such a unique and interesting story of its own, which we will now be able to share as part of Australia II’s history,” Jones said.

The original Boxing Kangaroo flag was made from off-cuts of sail cloth used for Australia II’s spinnakers.